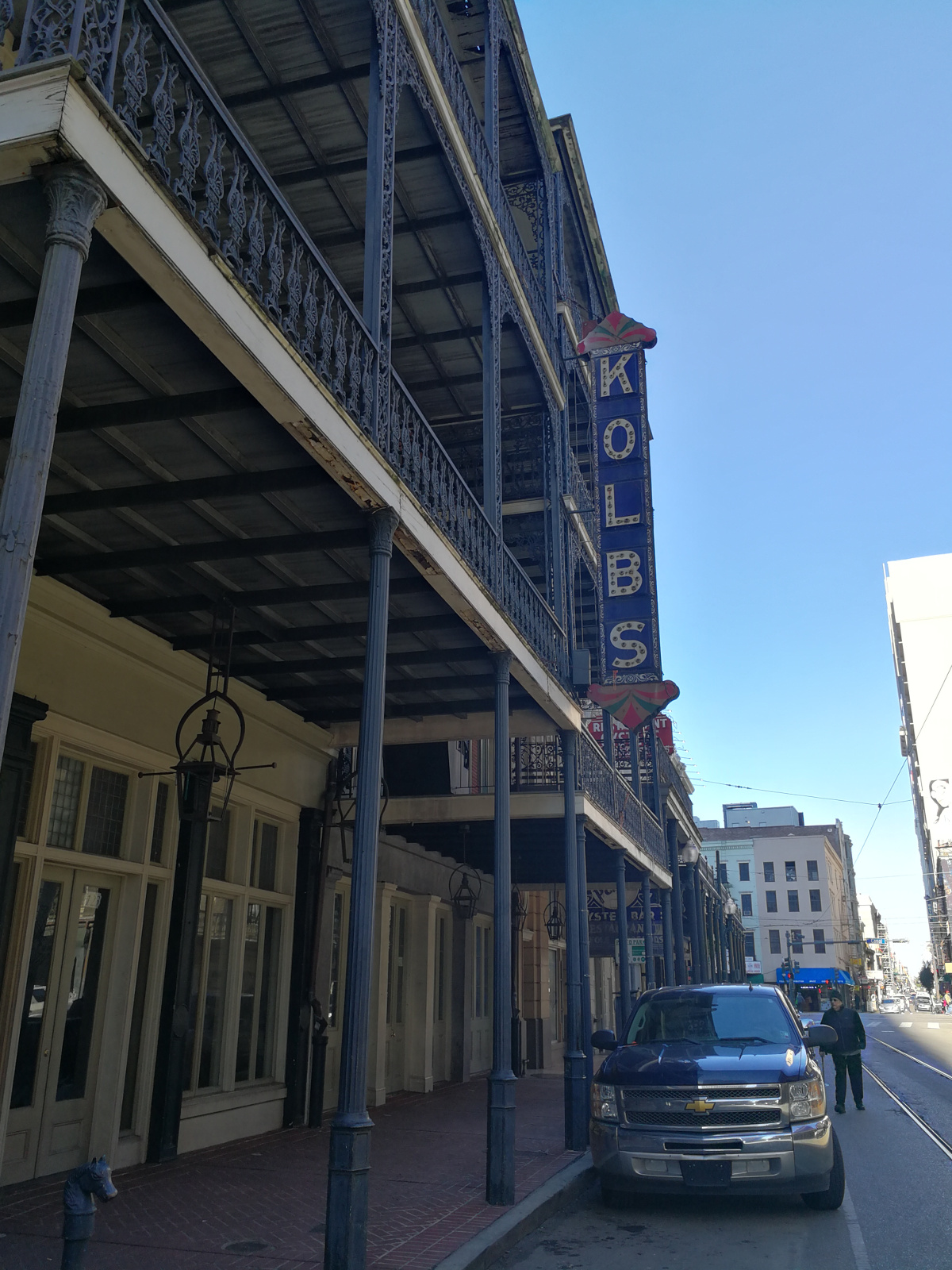 Kolb’s Restaurant arguably has a “fading sign” right out front. 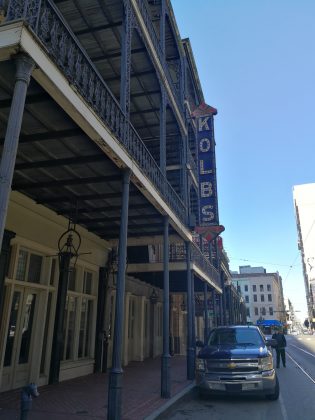 I had three targets in mind in the 100 block of Canal Street for the Fading Signs book. One was the “Russell Stover” in the sidewalk tiles at the entrance of what used to be the candy store. The other two were restaurants, The Pearl, and Kolb’s.

The Fabacher family originally opened a restaurant in the 100 block of St. Charles. The Fabachers were beer brewers. They ran into difficulties placing their beer in restaurants and bars in the city. So, they opened up restaurants of their own. By 1899, they built up a solid clientele on St. Charles Avenue. The St. Charles Hotel was just in the next block. They sold the location to Conrad Kolb that year. Kolb ran with the Fabacher’s success.

Way too many folks forget the strong German roots of New Orleans. Sure, the city changed “Berlin Street” to “General Pershing Street,” but otherwise, Germans are an important part of the overall gumbo. German cuisine attracted visitors staying at the big hotel, as well as locals.

The restaurant closed in 1995, just short of a century of operation. The big electric sign out front remains, though. When THP approached me about doing this book, I worried about how many faded signs there were locally. After reading the books in the series on Detroit and Cincinnati, I used a much tighter standard for the Preservation in Print article on “ghost ads” than the publisher’s. In the Cincy book, the author presents the electric sign from the old baseball park, now that it’s been related to Great America Park, the current home of the Reds. I saw that and thought, well, that brings in Kolb’s! 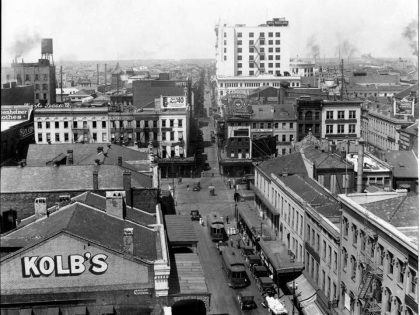 Looking at the 100 block of St. Charles Avenue, from the St. Charles Hotel. (courtesy Ryan Bordenave)

While walking around on Canal Street, I came across a fading sign on 622 Canal, the building that’s currently occupied by a PJ’s coffee. It’s really faded. So, I took a quick photo and shared it on the NOLA History Guy page on FB. Got some good input on what it was. That’ll be the subject of another article in this series. The Kolbs connection is the photo above. Ryan Bordenave, my go-to expert for All Things Canal Street, shared a photo he has down at the DDD. The sign at 622 Canal is visible, but blurry. What’s not blurry is the Kolbs sign on St. Charles! I didn’t mention Kolbs at all in that discussion, and up this popped!

That’s why this will be a fun project.