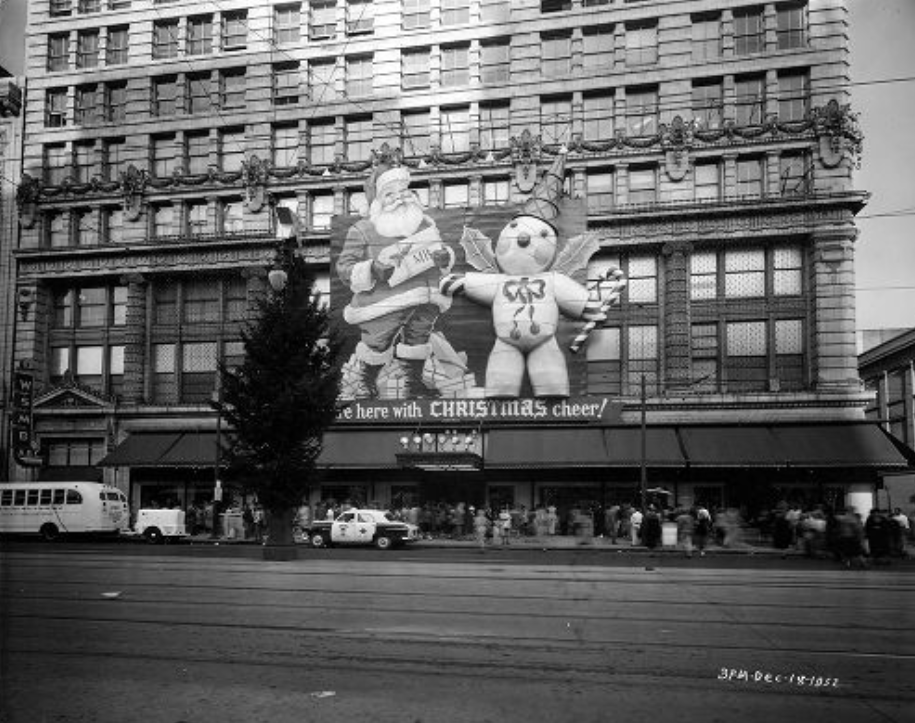 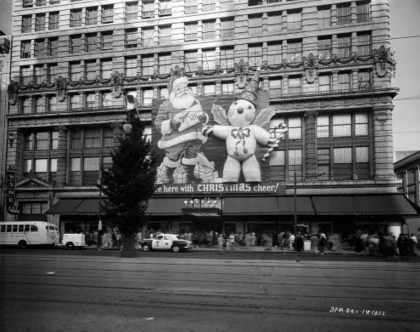 In 1947, Emile Alline was the display-window manager for Maison Blanche. He took his family up to Chicago that fall, for a family trip. While up there, he applied a professional eye to Christmas displays along the “Miracle Mile.” Alline decided his store needed a Christmas character. He sketched a short snowman. Snowman? Not quite right. How about holly wings, and an inverted ice cream cone for a hat? Now Alline had a snow elf!

Mr. Alline brought the concept to MB management. The little guy captivated everyone. The store featured Mr. Bingle all over its print advertising for Christmas, 1958.

Mr. Bingle hooked New Orleans. While the other Canal Street stores did Christmas displays, they didn’t have a character. So, Maison Blanche presented Mr. Bingle. Kids loved him. By 1952, the store displayed Mr. Bingle right up front!

Maison Blanche grew from the single store on Canal Street in the post-war 1940s. They opened stores on S. Carrollton Avenue in Mid City and Frenchmen Street in Gentilly. Mr. Bingle flew out to those locations! So, when Alline commissioned the Mr. Bingle puppets, they visited all the stores.

Maison Blanche anchored the 900 block of Canal Street for almost a century. S. J. Shwartz built the “MB Building” in 1908. So, by 1952, it stood for over forty years. Shoppers entered on the corner of Canal and Dauphine Streets. The entrance on the left of the photo (behind the bus) led to the office building. The first five floors of the building were retail space. The next seven housed a number of businesses. Many doctors set up shop in the MB building.

Santa and Mr. Bingle look down here from the second floor. So, that area was stockrooms. Eventually, the store covered up the second floor windows with year-round displays.