Mr. Bingle on Canal Street dates back to the 1940s 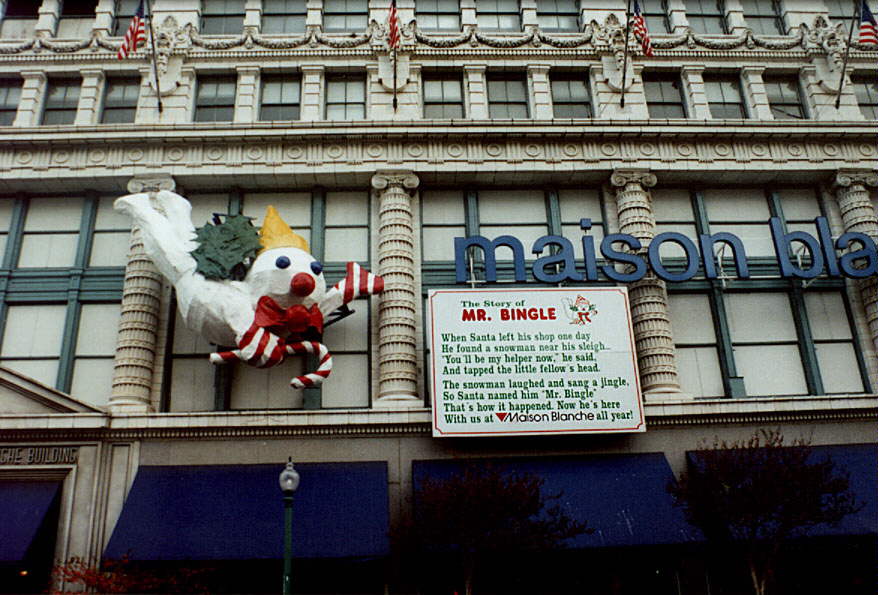 Mr. Bingle on the front of Maison Blanche Canal 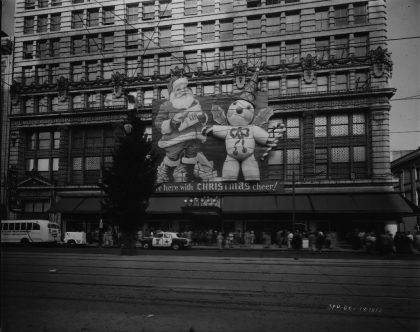 Maison Blanche regularly put up big displays on the front of the store. The second floor was mostly stockrooms and warehouse space. The view in windows on that floor left much to be desired. So, the store closed in the front of that floor. The display department placed large displays in that front space.

The first Mr. Bingle on the second floor appeared in the 1940s. By the 1950s, Santa joined the snow elf. 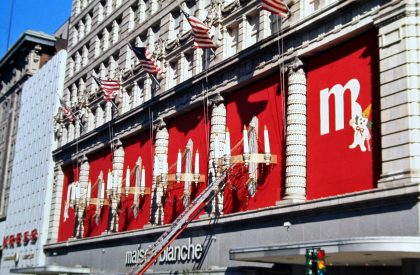 The store set up other displays in the second floor space. Mr. Bingle stepped aside for different Christmas decorations. The store saluted teams playing in the Sugar Bowl. In 1976, Maison Blanche promoted Bicentennial celebrations (and sales) with red-white-and-blue on the second floor front. Mr. Bingle took a back seat to these varied displays in the 1960s through the 1980s. 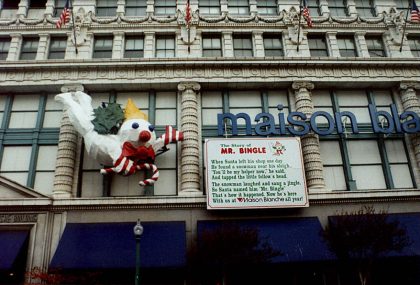 While large Bingle displays vanished, he never really left Canal Street. He appeared in the front windows of the store. He was the main attraction of the store’s third floor Christmas section. Kids posed for pictures with Santa, but Mr. Bingle calmed them down.

The little guy re-appeared on the front of the store in a big way in the 1980s. So, the store commissioned a huge fiberglass Bingle. They put it out on the front of the store, along with a storyboard. The sign told the story of how Mr. Bingle came to be. Well, not how Emile Alline got the idea to hire Oscar Isentrout from a Bourbon Street strip club to work the Bingle puppet. This was the proper kids’ story!

I worked at Maison Blanche at Clearview Mall when I was an undergrad at UNO. The Men’s Department assigned me to sportswear. Eventually, I moved to suits. I enjoyed working at MB, particularly since we were on commission! Christmas Eve was always a crazy day. So, there wasn’t much selling happening. We parked in front of the cash registers and rang stuff up. It made all the slow, boring nights in January welcome!