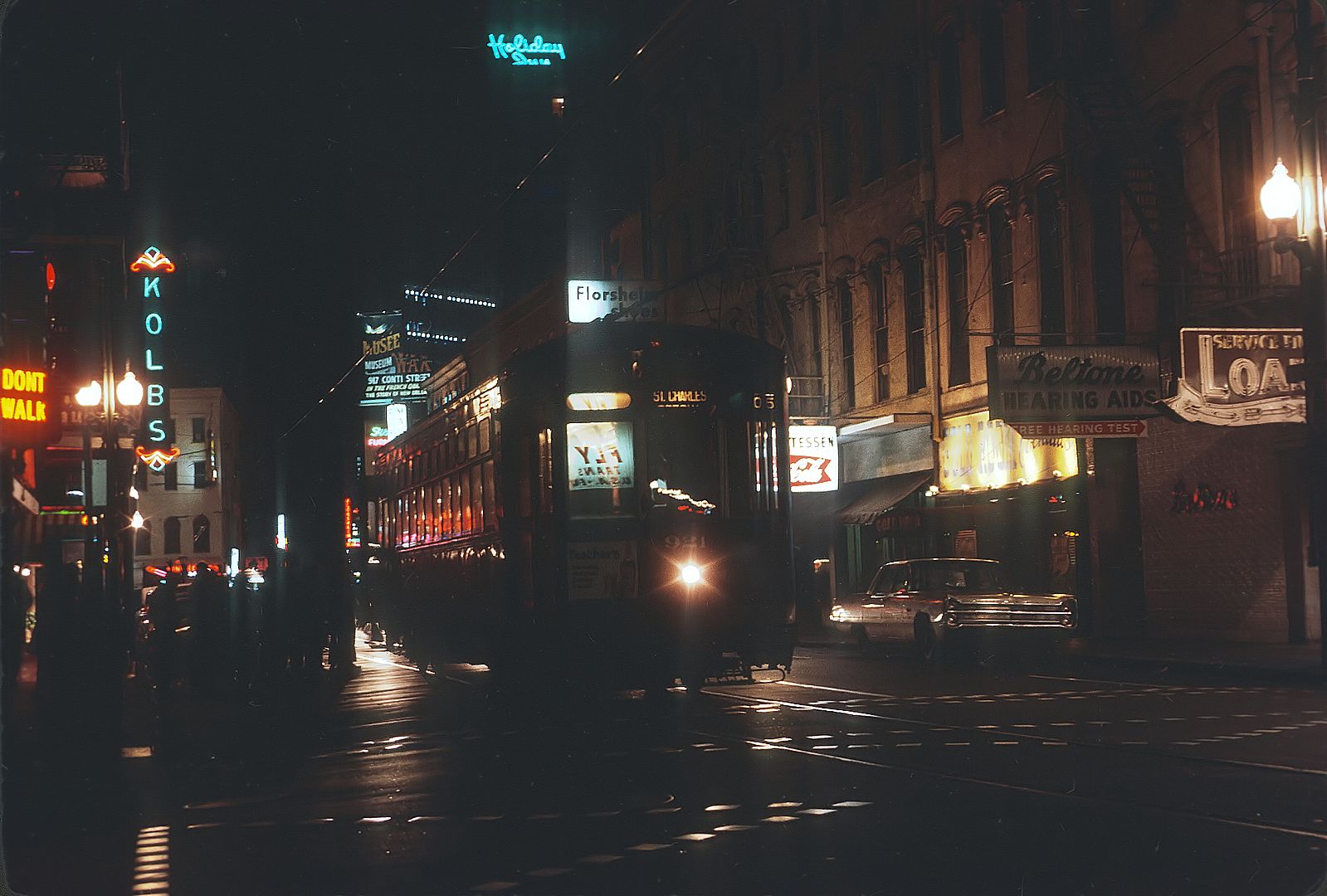 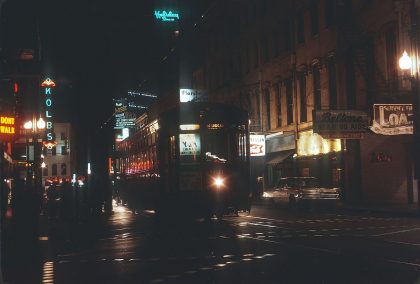 St. Charles Avenue at night. This photo, by Roger Puta, shows NOPSI 921 as it’s just made the turn from Canal Street, onto St. Charles, for its outbound run on that line. NOPSI 921 survived the massive cutback in streetcar service NOPSI implemented in 1964. They discontinued streetcar service at the end of May that year. All but thirty-five of the 900-series streetcars were either demolished or donated to museums.

The route of the St. Charles Line changed a number of times to get to the present configuration. In 1950, NOPSI discontinued “belt” service on St. Charles and Tulane. That change set the current route used by NORTA.

There are a number of signs in this photo, marking the locations of “ain’t there no more” businesses. The Holiday Inn is now a Wyndham, for example. The Musee’ Conti Wax Museum is closed. The sign on Canal and Royal Streets grabbed drivers’ attention, to entice them to turn into the Quarter and go to the museum.

What other ATNM things do you see?

I found this photo in the Commons while looking for images for my next book project. The History Press considers old electric signs for businesses that are no longer around to be “fading signs,” so Kolb’s Restaurant (the sign is visible on the left) counts.