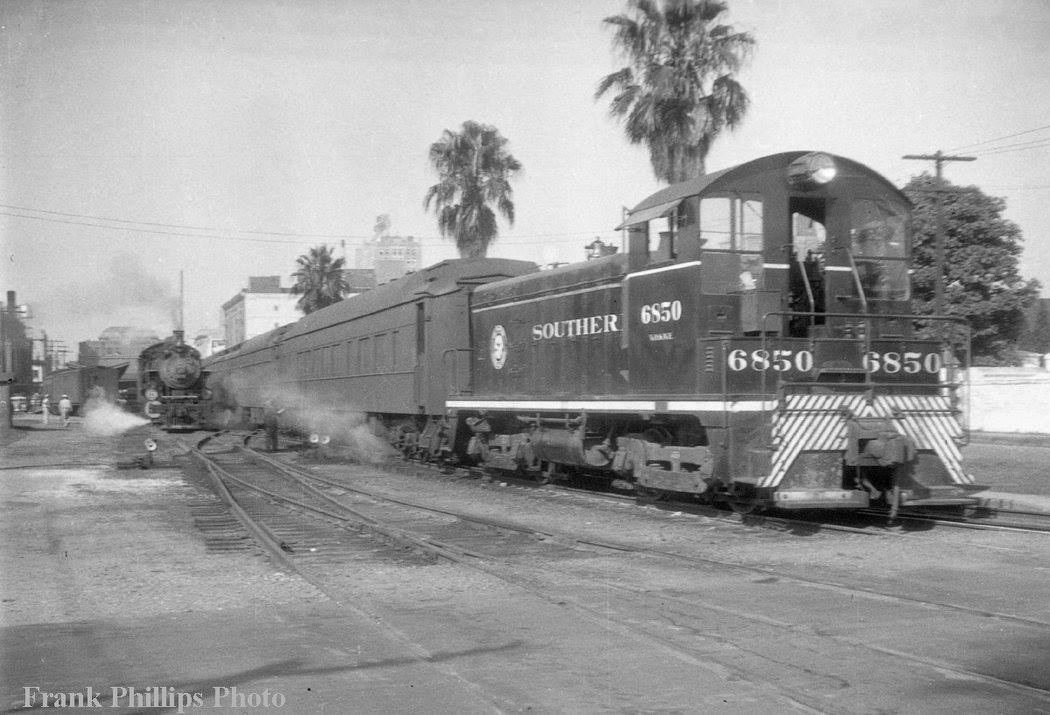 Basin Street was the location of Terminal Station 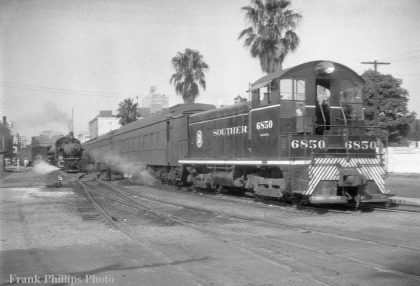 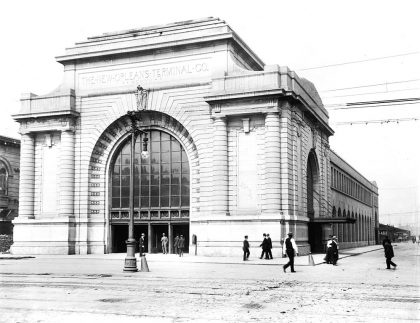 Terminal Station serviced Southern Railway and the Gulf, Mobile, and Ohio Railroad, from 1908 to 1954. Travelers and shoppers on Canal Street saw the arched facade of the building. Those keeping the trains running had a different view.

Terminal Station opened in 1908. It replaced an earlier structure for the Spanish Fort route. In the 1880s, New Orleans City Railroad operated steam service to Spanish Fort, at the Bayou St. John and Lake Pontchartrain. Electric streetcars replaced steam service in the late 1890s. The streetcars followed the West End line. So, the Basin Street terminal stood unused. Southern Railway acquired the property in 1908. They built a much larger, 4-track terminal. 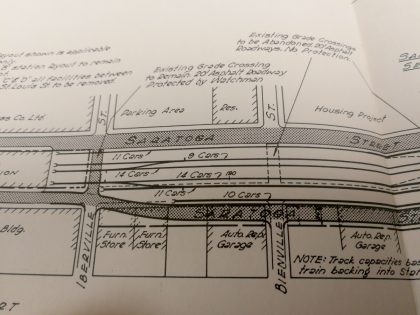 The terminal’s four tracks extended back a bit over three blocks from Canal Street. Southern Railway and New Orleans and Northeastern Railroad (NONE) operated trains from the station when it opened. NONE merged into the Southern system in 1916. The railroad continued operations in its own name until 1969. While it was all one system, Southern Railway’s Alabama Great Southern Railroad legally absorbed NONE that year. GM&O also offered service from Basin Street. 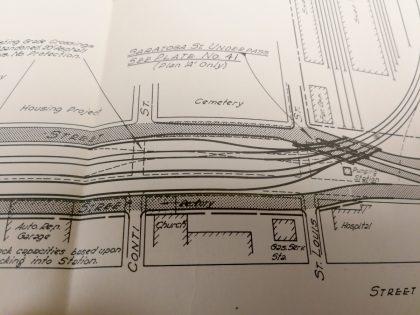 Trains operating from Terminal Station arrived and departed New Orleans on tracks running in the “Lafitte Corridor,” between St. Louis and Lafitte Streets. So, trains left the station, crossed over Basin Street on an auto underpass. The tracks turned north, heading out to Mid-City, then Gentilly. The area marked “Cemetery” in the diagram is St. Louis Cemetery Number One. The “Church” below the tracks is Our Lady of Guadalupe.

The city ordered the railroads to combine passenger operations at Union Passenger Terminal on Loyola Avenue in 1954. Because of the location change, Southern Railway no longer used the Basin Street/St. Louis Street tracks. The path of those tracks became the Lafitte Greenway, a walking and bike trail.

Southern’s engine #6850 was an EMD NW2 switcher locomotive. The railroad owned 69 NW2s, two of which (6850 and 6851) belonged to NONE. So, this switcher moved cars in and out of Terminal Station, from Southern’s yards along the Lafitte Corridor.

The track diagrams in this article are from a 1949 grade crossing survey commissioned by the City of New Orleans. I found it in the Special Collections section of the Earl K. Long Library at the University of New Orleans. I shot just some quick phone-pics. So, I use these diagrams as prototype/background for my Pontchartrain Railroad (N-Scale) layout at home. I’ll return and shoot proper photos at some point.