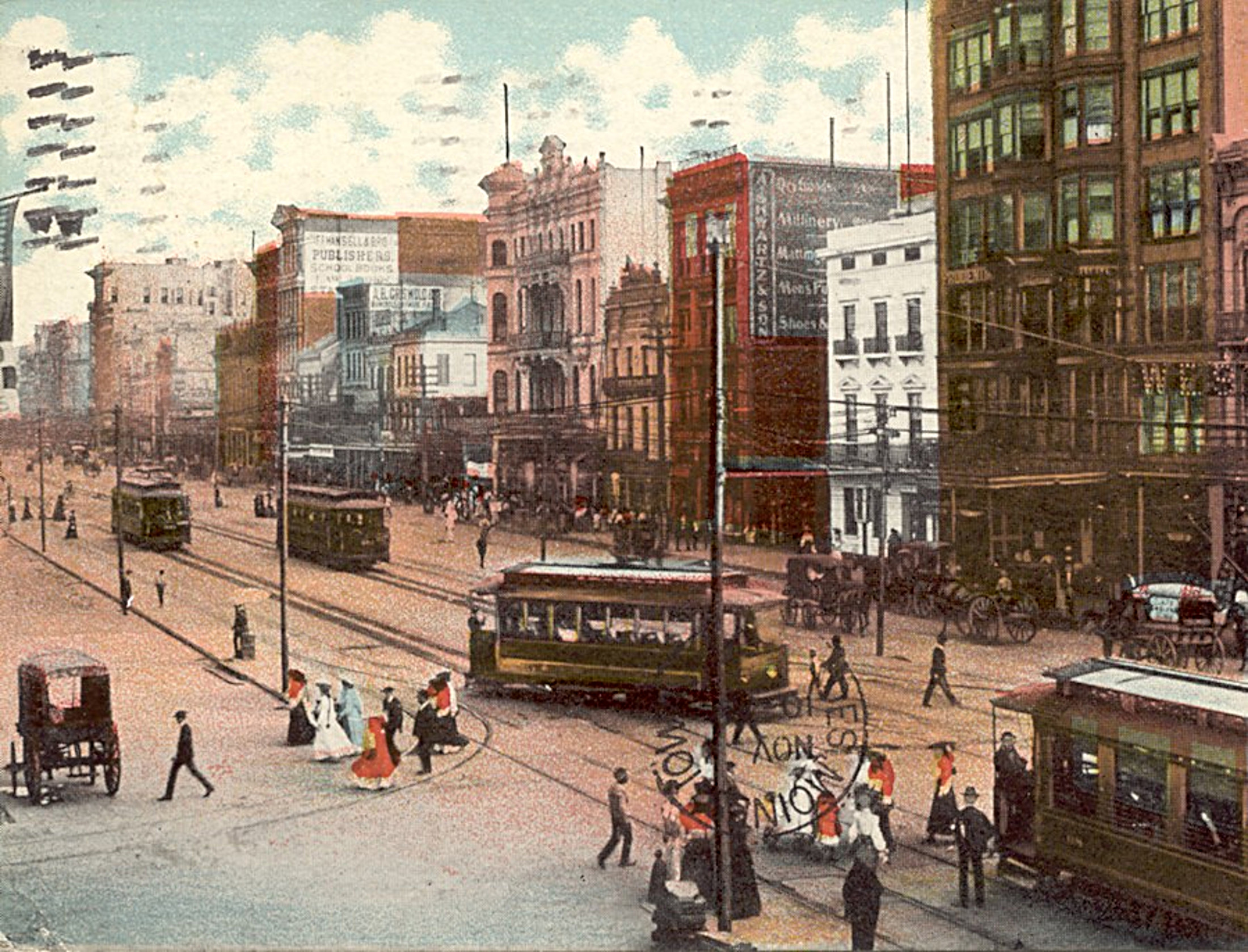 Canal-Baronne Transit Operations were important at the turn of the 20th Century. 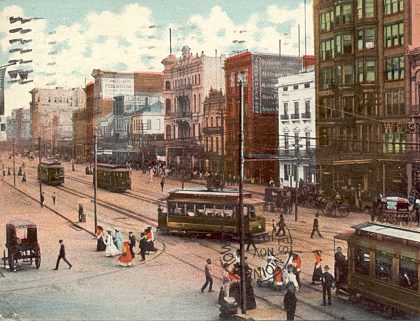 Streetcars at the intersection of Canal and Baronne Streets, 1906. (Detroit Publishing Company postcard)

Single-truck streetcars dominate this scene, but it’s the buildings in the background that got my attention. There’s a wall sign on the reddish building towards the center-rear of the image. That sign advertises A. Shwartz and Son, a dry goods store in the 700 block. That store closed in 1892. So, by 1906, the wall ad is already a “ghost ad.” 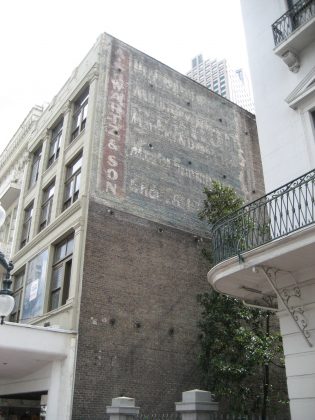 That’s important for my next book, Fading Signs of New Orleans. That ad still exists! The building became the Trianon Theater in 1912. The theater’s owners painted over the A. Shwartz ad. Passersby saw the theater promotion from 1912 until the Saenger Brothers bought the Trianon in the 1920s. The ad remained. Over time, the paint from the Trianon sign faded. Weather and age revealed the Shwartz ad underneath. Now, the sign is a mixture of the two. Because the edge of the Shwartz ad was dark (red) with white letters, it held up. All of the photos I’ve found are either of the Trianon ad or the mash-up. That’s why this postcard is important.

The old Trianon Theater became office and retail space. The Keller-Zander department store operated there for years. The building next to the old theater is an old house from the 1850s. The Boston Club purchased the house and converted it for use by the luncheon club. The Boston Club is the private organization most closely associated with the Mystick Krewe of Comus.

Baronne Street was a part of the St. Charles line for decades. The line ran on St. Charles to Tivoli Circus, inbound and outbound. At the circle, inbound streetcars curved around, to Howard Avenue. While the modern line turns right onto Carondelet Street, the cars traveled inbound on Baronne at the time of this photo. Baronne had dual-track operation. So, the inbound streetcars came to Canal Street on Baronne. They traveled down to the turnaround at Liberty Place. The outbound cars turned left at Baronne. They traveled up Baronne to Tivoli Circus (later named Lee Circle), then out to the Uptown neighborhoods.