Pathways reveal the reasons for #FadingSigns in New Orleans 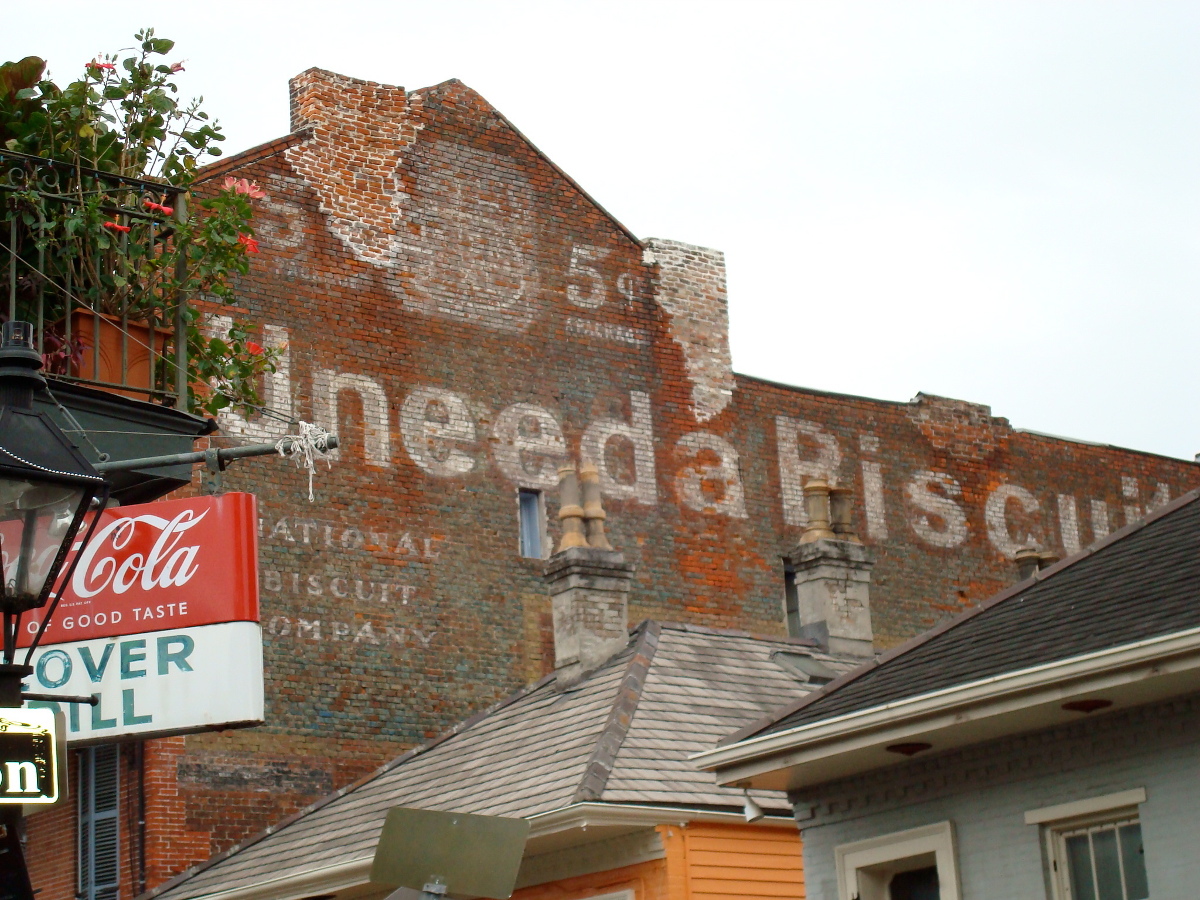 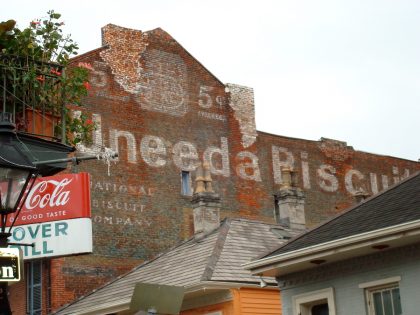 We all follow paths and pathways in our lives. Some of us step off the well-trodden paths, forging ahead, making new ones. Most of us, however, follow regular paths. So, we leave home and go to work. At lunchtime, we duck out of work. After grabbing a bite to eat, we reverse directions and finish the work day. Our daily rituals follow regular paths.

Working on the book introduction

I’ve looked at a couple of books in The History Press “fading sign” series. While the introductions are well-written, they didn’t offer me a template. I don’t care for writing in the first person. The history isn’t about me. Because New Orleans isn’t like any other city in the nation, this book needs an introduction just as special. So, I considered some of the locations of fading signs. The signs on shops and other businesses mark their locations on our paths. The ads distract us while we travel on the path.

The “Uneed a Biscuit” ad on Dumaine Street, just off of Bourbon Street, puzzled. me. So, a friend (and denizen of Cafe Lafitte in Exile) pointed out that the ad hits home with patrons of that pub. When standing on the balcony, you look up and see it saying what Uneeda. Thing is, that didn’t start happening until almost seventy years after the ad appeared on the side of that house, half a block down on Dumaine.

So, who looked at the ad?

Streetcars rolled down Bourbon and down Dumaine. The Desire line (yes, of Tennessee Williams fame) traveled outbound on Bourbon. That means riders looked out at the Uneeda sign as they rode home from jobs in the Central Business District (CBD). Riders heading inbound (towards the river) on the City Park line looked up and saw the ad. They rode that streetcar, possibly from as far out as its terminus at City Park Avenue and Dumaine Street.

My friend Grey always uses #lookup to tag photos taken on her early-morning walks. Looking up challenges a walker. It’s easy for a rider, though. Paths into town. Paths back home. I’ve got my intro.