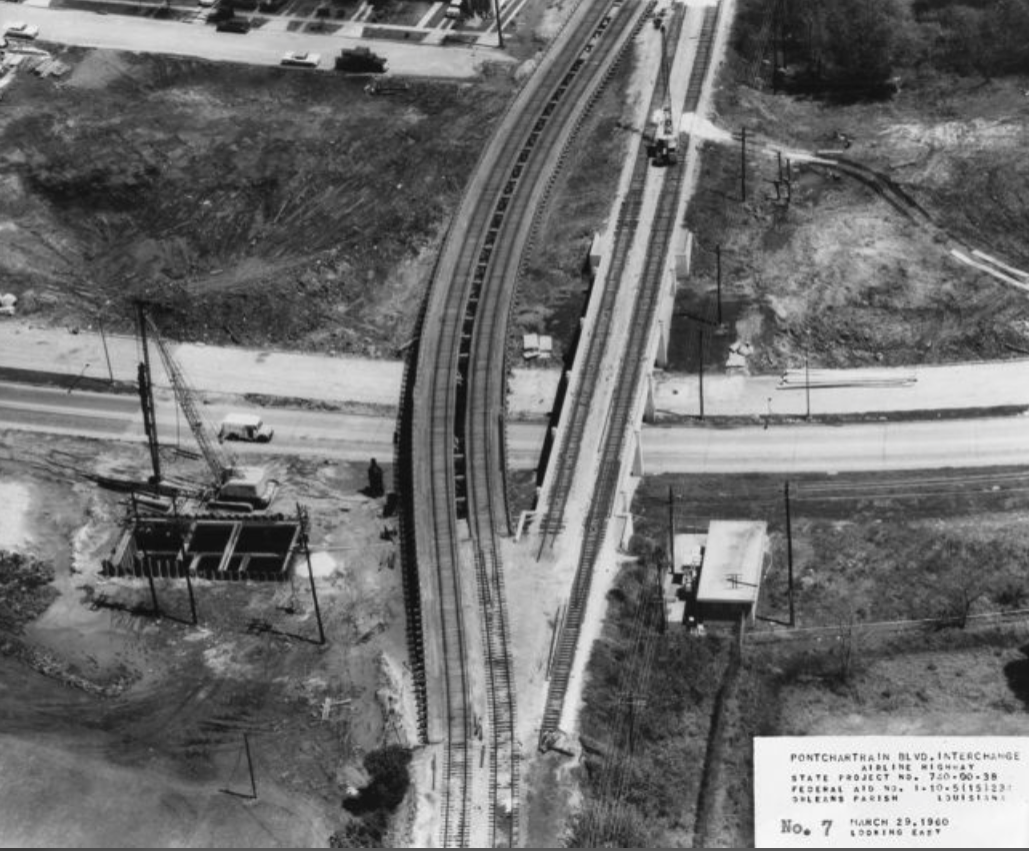 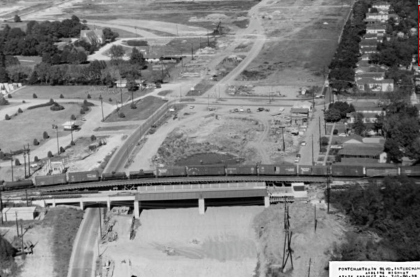 The New Orleans and North Eastern (NONE) Railroad connected New Orleans with Meridian, Mississippi, in 1883. NONE operated from Terminal Station, located at Canal and Basin Streets, when that station opened in 1908. The Southern Railway system acquired NONE in 1916. Southern Railway, now Norfolk Southern, expanded their holdings and operations in New Orleans over the past hundred years. 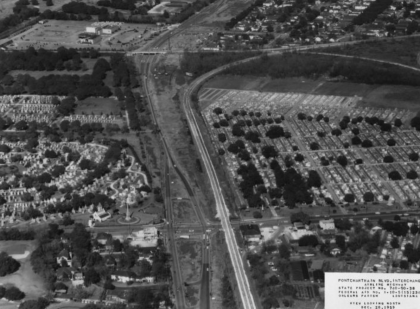 Pontchartrain Expressway meets the Back Belt, 1960

Norfolk Southern enters the metro New Orleans area from the East, on the Lake Pontchartrain Railroad Bridge. From there, NS trains travel on tracks following Florida Avenue, through Gentilly and Mid-City. NS also spins off the Back Belt connecting to the company’s Oliver Yard, between Press/St. Ferdinand Streets and Montegut Street. The Back Belt connects with CN tracks in Metairie. That route leads out of the city to the West.

The most-visible part of the NS connection is at the boundary between Mid-City and Lakeview, in New Orleans. The train tracks cross I-10 at this point.

The New Basin Canal ran from Lake Pontchartrain to S. Rampart Street. Irish immigrants made up the bulk of the labor force that built the canal in the 1830s. The Southern Railway system needed to cross the New Basin Canal to get across the city. The railroad built a bridge across the canal just north of Metairie Cemetery (on the canal’s west bank) and Greenwood Cemetry (on the east bank). That bridge served the railroads until the city’s decision to close the canal in 1937. The city filled in the canal’s turning basin some of the canal, up to the intersection of Tulane and S. Carrollton Avenues. World War II delayed further work. After the war, the city filled in the rest of the waterway, from Tulane Avenue/Airline Highway, to the lake. 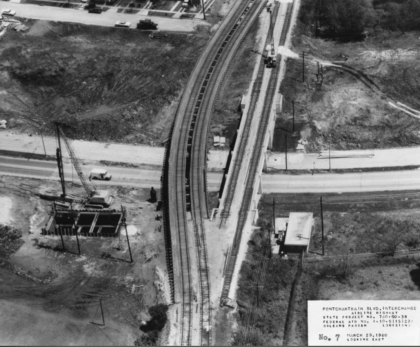 Run-around track at the Pontchartrain Expressway, 1960

The city planned to build an expressway over what used to be the New Basin Canal. The idea was to provide commuters from Lakeview and Metairie with an easier route into downtown. That expressway would eventually link with a bridge over the Mississippi River.

Building an expressway required a re-design of the over-water bridge Southern Railway used over the New Basin Canal. In 1960, work began on demolishing the original bridge. They replaced that bridge with a wider underpass. The first step in constructing the underpass was to re-route the train tracks. They built a “run-around” track to bypass the bridge. Once the run-around became operational, they could demolish the bridge. The new underpass structure went up. The construction crews demolished the run-around, leaving what we see now, over I-10. 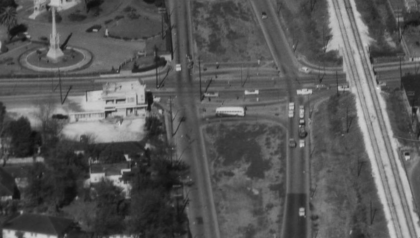 The construction photos show Lakeview before I-10 swallowed up the area. The filled-in canal area is empty. The Pontchartrain Expressway begins south of Metairie Road at this point. The entrance to the expressway stretched north after the completion of the railroad underpass.

All the while, Southern Railway ran across the city. After 1954, Southern passenger trains followed the Pontchartrain Expressway, turning north, then east, onto the Back Belt, to head out of town.