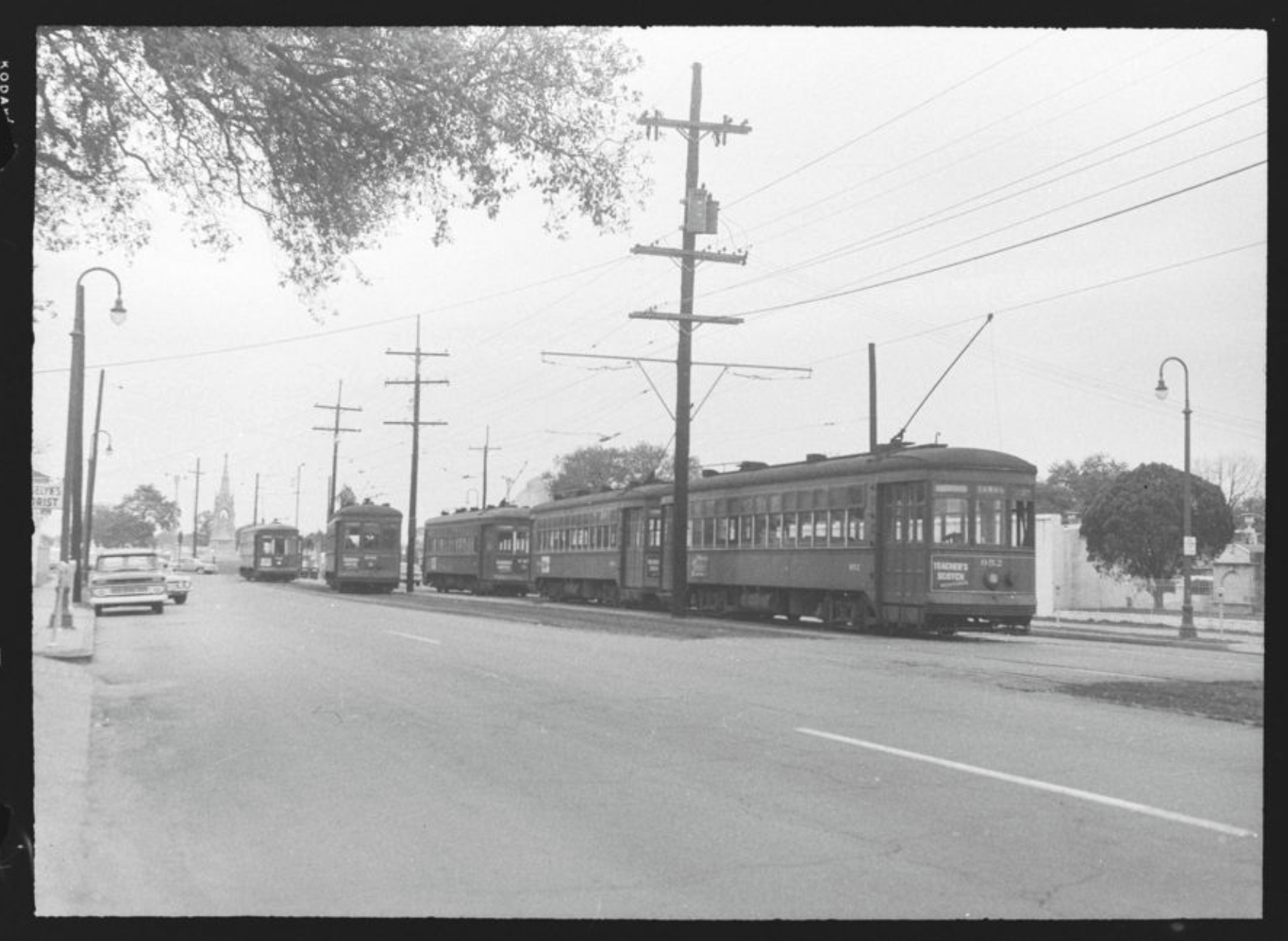 Arch Roof Streetcars stack up at the Cemeteries Terminal, 1963 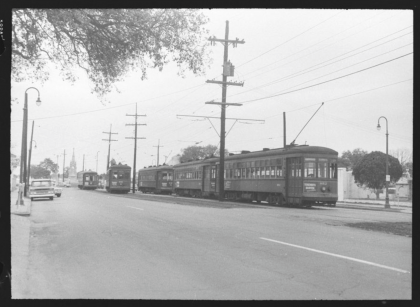 The 1923-vintage 800- and 900-series arch roof streetcars serviced the Canal line starting in the 1930s. Prior to 1935, the American Car Company’s “Palace” cars ran on Canal. New Orleans Public Service, Incorporated (NOPSI) standardized streetcar operations when the company took over the system. They liked the Perley A. Thomas, arch roof design. Since NOPSI wanted to phase out streetcar operations in favor of buses, they used these cars everywhere. Preparations to convert Canal to buses began in 1959. By 1963, NOPSI reached the ready point. Still, the busiest line in the city had to keep going, so the arch roof streetcars kept moving.

When West End converted to buses in 1947, NOPSI re-designed the Cemeteries Terminal. They removed the left-turn onto City Park. NOPSI installed a double-slip switch in the Canal Street neutral ground. That switch/terminal remained until June of 1964. NOPSI removed all the track at that time. Bus operation replaced the arch roof streetcars. The Canal (Cemeteries) bus line made a right-turn from Canal Street. The buses went half a block to the start of Canal Boulevard, then pulled into a U-turn terminal in the 5600 block of Canal Blvd.

In this photo, five cars are in/near the terminal. The streetcar on the left is on the inbound track, behind the switch. The second car from the left enters the switch from the outbound track, starting its inbound run. This was common for the Cemeteries Terminal. This happens regularly at S. Carrollton and S. Claiborne, at the end of the St. Charles line.

The three streetcars to the right wait on the outbound track. When the first two cars depart for downtown, those cars will enter both sides of the terminal. They depart per the schedule.

The Cemeteries Terminal changed when streetcars returned to Canal in 2004. Instead of a a two-track terminal, the line came down to a single track. Outbound streetcars stopped just before a single crossover. The lead outbound car rode through the switch, to the end bumper. The operator changed the poles. Upon departure, the streetcar crossed to the inbound track. Streetcars waited, similar to the three on the right in the photo, for their turn to go through the switch.