Homer Plessy – The trip to Covington he never took 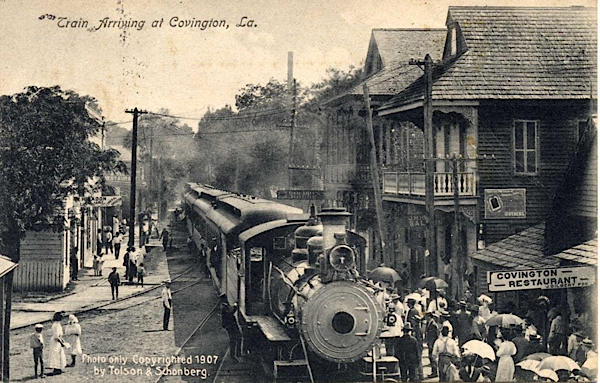 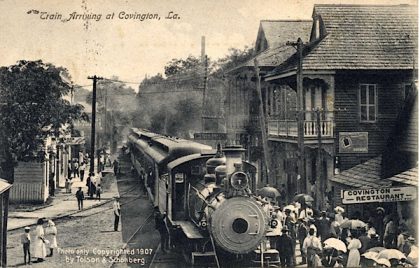 In 1892, the Comite des Citoyens (Citizens Committee), an organization of civil rights activists, wanted to challange the Separate Car Act, a bill passed by the Louisiana Legislature in 1890. Their initial attempt failed. Activist and Committee member Rodolphe Desdunes purchased a ticket to Montgomery, Alabama. The interstate aspect of the case invoked Federal law. So, that biig-footed the state law, and the case was dismissed.

The second attempt took place on June 7, 1892. Homer Plessy purchased a ticket to travel from New Orleans to Covington, Louisiana. Plessy was a Creole of Color who could easily “pass” for white. The East Louisiana Railroad sold him a first class ticket. Plessy announced, ticket in hand that he was not white. The railroad held him for the police. The cops arrested Plessy. That led to the 1896 Plessy v. Ferguson Supreme Court decision. 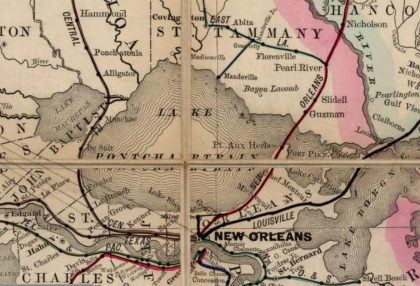 New Orleans to Covington by train in the 1890s.

Plessy did not travel to Covington. Plessy never intended to travel to Covington. He went down to the train station at Press and Royal Streets in the Bywater. Plessy announced he was going to ride in the whites-only car. The Citizens Committee hired a private investigator to make sure the railroad arrested Plessy.

I came across a 1907 postcard of a train passing through Covington, Louisiana. It pulled into the station shortly after the photographer took the shot. So, the image had me wondering, where was Plessy’s train actually going? 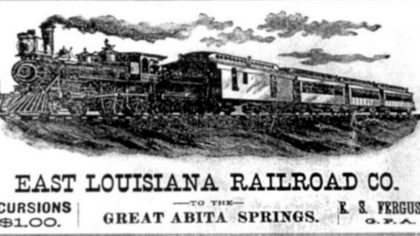 Poster for the East Louisiana Railroad.

This railroad company began as the Mandeville and Sulpher Springs Railroad. The East Louisiana Railroad ran from Pearl River to Mandeville. By 1982, East Louisiana offered passenger service from New Orleans to Covington. They used the New Orleans and Northeastern Railroad’s (NONE) tracks to get to St. Tammany Parish. From there, their trains operated on their own tracks. While East Louisiana’s tracks were in St. Tammany, they paid for use rights  in New Orleans. Their trains originated at the NONE station at Press and Royal Streets. They went up Press Street, then out to what is now New Orleans East. The tracks went around Lake Pontchartrain. They traveled over the Rigolets Pass, then curved around the lake. The Southern Railway took over the bridge across the lake in 1905.

Because the East Louisiana Railroad operated exclusively in Louisiana, there was no interstate commerce. The Citizens Committee planned out the scenari. So, Plessy’s arrest and the subsequent court decision formed the basis for the “Jim Crow” laws. Those laws dominated the Southern states for almost fifty years.