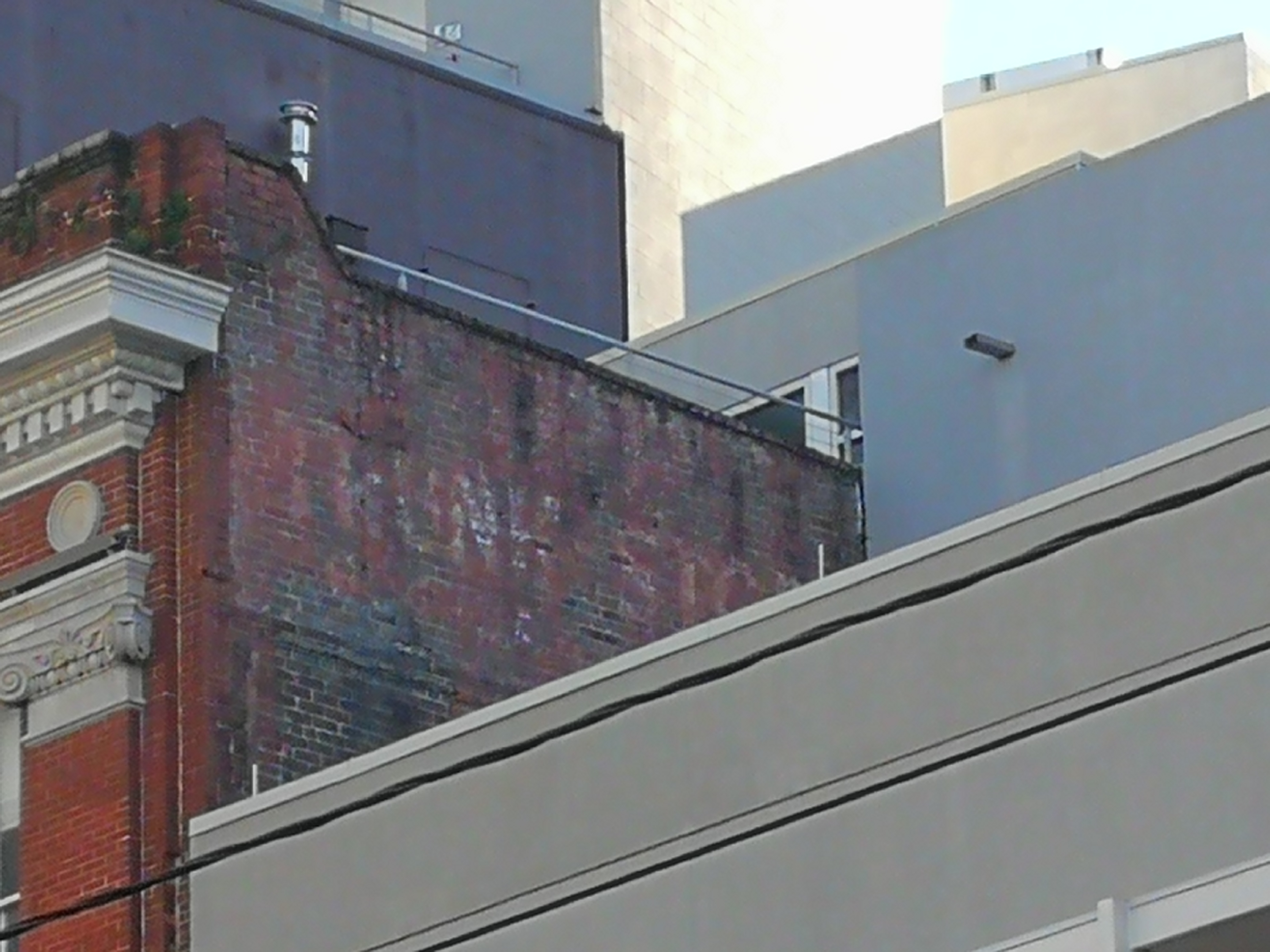 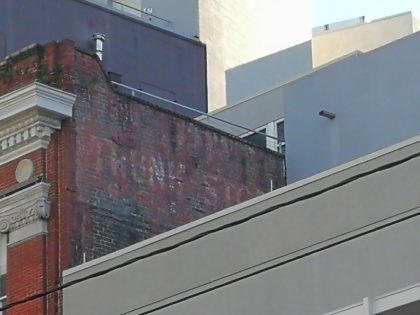 Rapp’s Trunk Store sign on the side of 604 Canal Street.

George Rapp came to New Orleans from Germany, just at the end of the Civil War. He got settled and entered the leather goods business. By 1865, he put together the means to purchase Mack’s Trunk Store, located on Common Street. Rapp changed the name of the business to his own, and moved it to Canal Street.

Rapp continued to refer to the business as a “Trunk Store” when he took over. That’s because “steam trunks” were a huge part of his sales. When folks from New Orleans went to Europe, they did so by taking a four to five week trip on a steamship. Since it took four weeks to get there, people didn’t just turn around and go home in a few days, or even a week. That meant they needed to bring enough clothing and accessories for a months-long adventure. So, Rapps sold those trunk. They also repaired steam trunks. Those things weren’t cheap! Customers wanted to extend their life as much as possible. 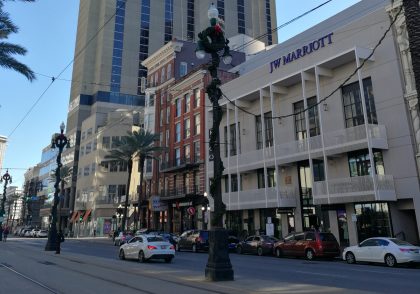 604 Canal Street, next to the JW Marriott Hotel, was the home of Rapp’s Luggage.

This building is 5 stories tall. The Merchants Mutual Insurance building at 624 Canal is four stories tall. So were the buildngs that were demolished to make room for the hotel in-between 604 and 624. So, with most of the block four stories tall, Rapp was able to paint a sign on the lake side of 604 Canal. While the building on the river side of his store was also five stories, the lake side was more important. People walked down Canal Street in the afternoon and evening, heading back to the ferry landing, or the L&N passenger termnal. The building is currently home to a store in The Athlete’s Foot chain.

Canal Street faced competition from suburban malls in the 1970s. Rapp’s recognized this shift. They left Canal Street, moving across Severn Avenue in Metairie. They also opened stores in The Plaza at Lake Forest, and the Uptown Square Mall. Later, the company expanded to Baton Rouge. They opened a store in the Bon Marche mall.