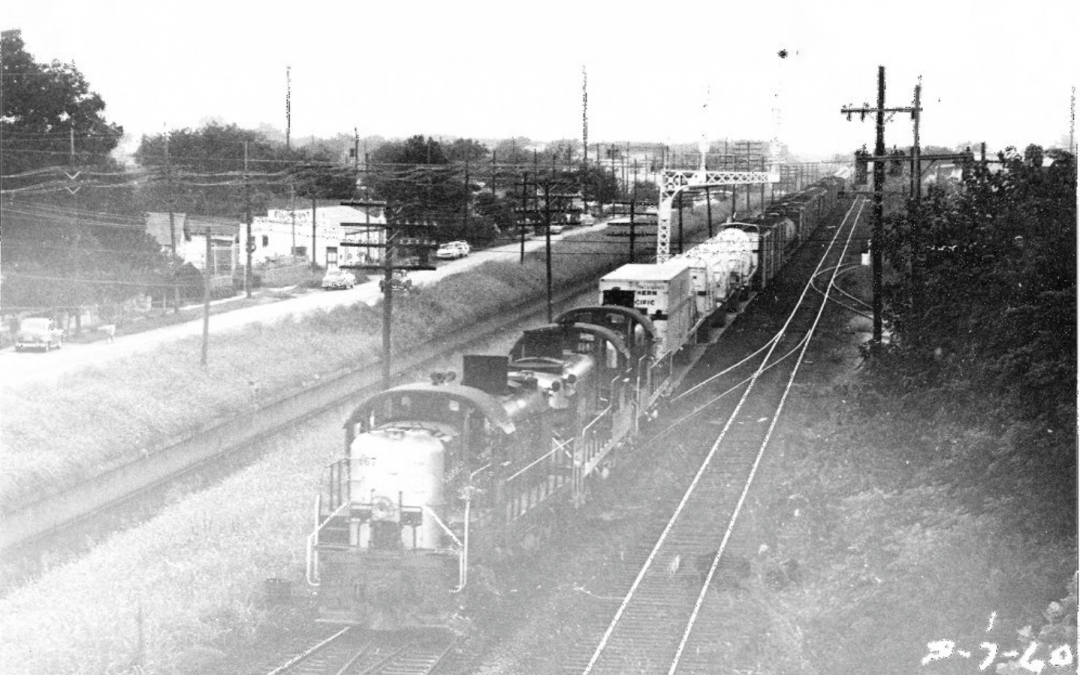 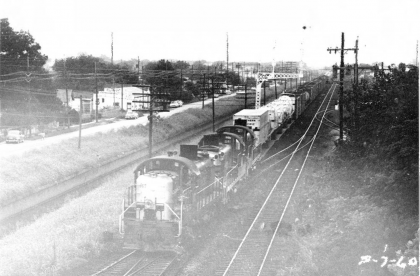 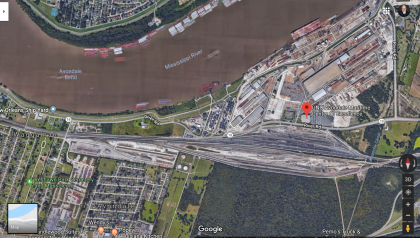 In 1938, Avondale Marine Ways opened on the West Bank of Jefferson Parish. By 1941, the barge repair facility expanded, building ships for the war. So, the company survived the transition to peacetime, landing contracts to build vessels for the offshore energy industry. The owners sold the company to the Ogden Corporation in 1951. Ogden renamed the facility, Avondale Shipyards. The shipyard landed a number of Navy contracts throughout the Cold War. Therefore, the shipyard became a big part of the metro New Orleans economy in the 1950s/1960s. 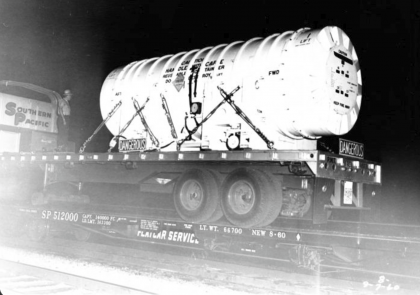 The railroad was an important part of the shipyard complex. So, Southern Pacific delivered raw materials to the riverfront construction facilities. The rail yard didn’t exist solely because of the shipyard, though. The Texas and New Orleans Railroad  was a SP subsidiary. So, they initially operated a large yard in Algiers. After the Huey P. Long Bridge opened in 1931, the railroad moved upriver. Trains heading west through New Orleans crossed the Huey. Then they continued over T&NO tracks. This included the SP “name trains” such as the Sunset Limited.

SP inaugurated “piggyback” service in 1953. This cargo starts on truck trailers which were then loaded onto flatcars. 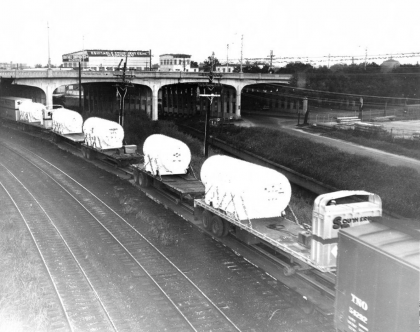 It’s hard to discern the full story of these missile parts from the photos alone. Avondale Shipyards built a number of destroyers and destroyer escorts for the Navy. These ships suited the facility. Like many shipyards along the Mississippi River, this facility built ships in the river. They launched the completed ships sideways. The ships then steamed off, to the shipyard’s finishing docks, or to other locations.

So, it’s possible that this train delivered missile parts to the shipyard. Destroyers carry missiles. It’s also possible that these parts originated at, say the Redstone Arsenal in Alabama. The trains heading west certainly crossed the river via the Huey, heading to Texas and points west.