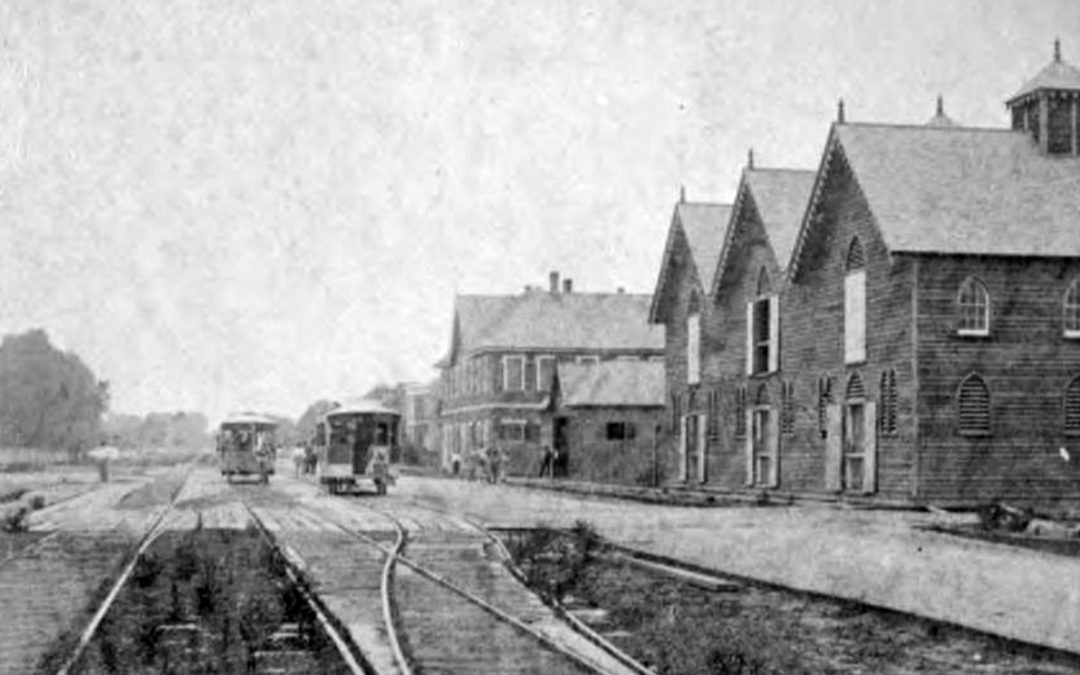 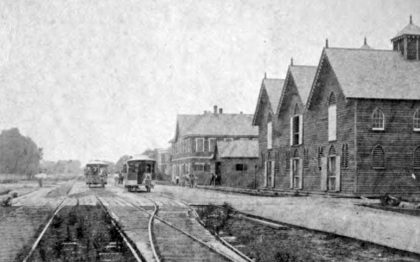 The first streetcar service in New Orleans was along St. Charles Avenue. The New Orleans & Carrollton Railroad Company started at Canal Street. They expanded service in stages, as demand and their capital allowed. So, by 1860, the line extended past Napoleon Avenue,

The street we known know as St. Charles Avenue was called “Nayades Street” for most of the 19th Century. So, architect and surveyor Barthelmy Lafon named this long street after the mythic Green Nymphs who watched over fresh water wetlands. The street ran from the Business District, out to the City of Lafayette. Finally, the line ran to the City of Carrollton. The “Route of the Nayades” connected the neighborhoods. Similarly, it connected the plantations. In 1852, descendants of Spanish planters like Francisco Bouligny continued development. So, they changed the name of the street to honor Charles III. Charles was a Saint and king of Spain. As a result, of naming an uptown-to-downtown street after a Spaniard they needed balance. Bouligny’s descendants named their north-south road after Napoleon Bonaparte. They subdivided the plantation after 1862. Streets on either side of Napoleon Avenue were named to commemorate Bonaparte’s major victories.

The NO&CRR opened its crosstown line in 1835. By the time of this 1860 photo, the company operated “bobtail” streetcars. The Johnson Car Company sold these cars to the New Orleans company. These streetcars, pulled by mules, were a good fit for New Orleans. Therefore, when the New Orleans City Railroad opened their line on Canal Street, they ordered bobtails. The uptown company acquired the property on either side of the tracks at St. Charles an Napoleon. Because the area grew in population, they extended service on Napoleon. So, the Napoleon line ran from St. Charles, going further up the street. NO&CRR opened a mule barn and a streetcar storage barn/maintenance shop at the intersection.

Eventually, the the mule-drawn streetcars were replaced with electrics. The NO&CRR facilities closed. Streetcar operations consolidated closer to the business district.