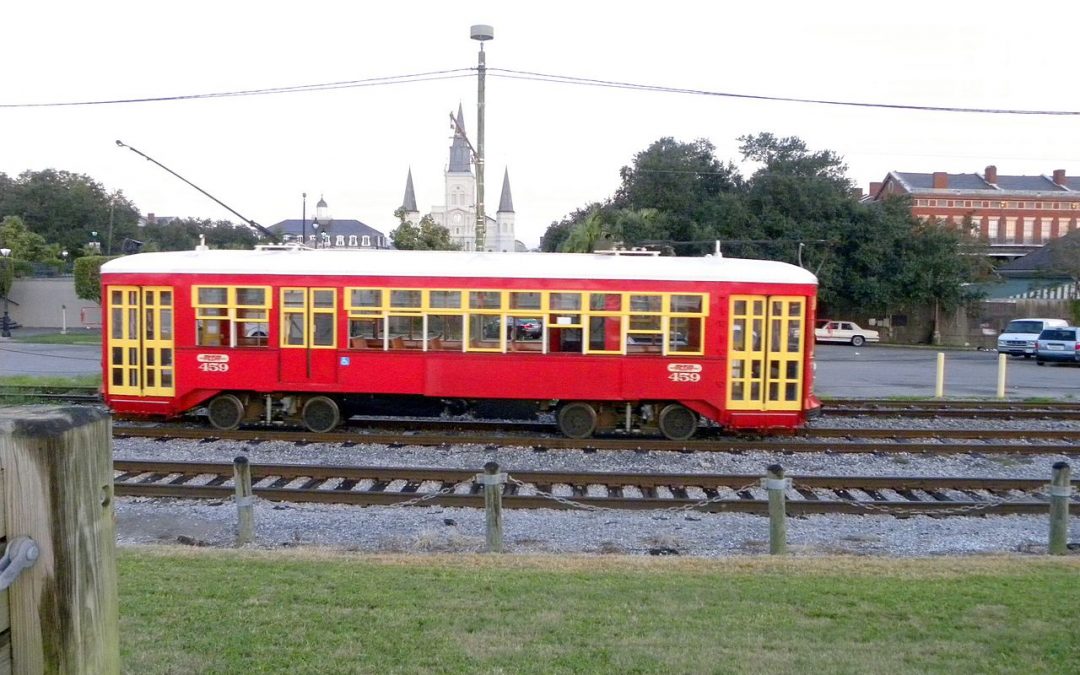 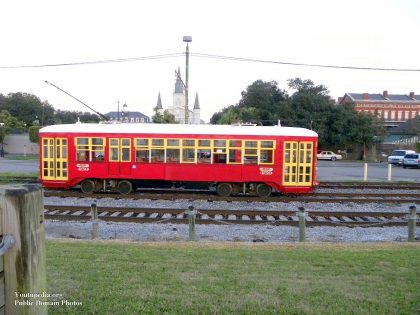 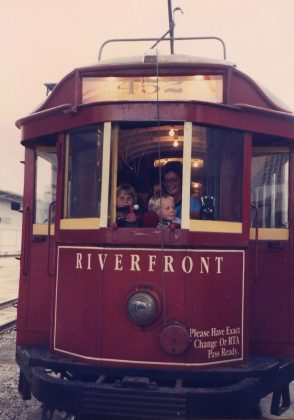 The original line operated on a single track. NORTA upgraded the line in 1997 to double-track, wide-gauge operation. Because of the Americans with Disabilities Act, the “new” Riverfront line needed accessible streetcars. NORTA retired the 1923 streetcars and the Melbournes. They built the 400-series arch roofs. The 400s are similar to the 900-series, but with wheelchair lifts and modern propulsion.

In the wake of Hurricane Katrina, the 1923 arch roofs ran on Riverfront and Canal. The red streetcars received devastating flood damage, but the track and overhead wiring came through the storm. Uptown, the green streetcars survived the storm, buttoned up at Carrollton Station. The wiring on St. Charles received extensive damage. So, NORTA operated the 900s on Riverfront and Canal.

The arch roof style streetcar came to New Orleans in 1915. Perley A. Thomas created the design while working for the Southern Car Company. New Orleans Railway and Light ordered several, putting them into service on the St. Charles/Tulane belts. When NORwy&Lt re-organized as NOPSI, the new company ordered more arch roofs. By this time, Thomas operated his own streetcar company in High Point, North Carolina. He accepted the order, building the 800- and 900-series arch roofs for New Orleans. 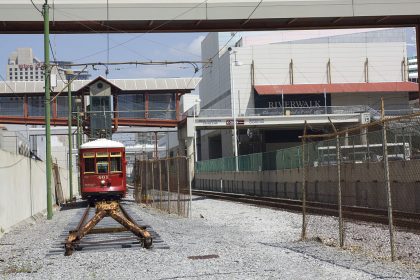 City leaders and NORTA knew the importance of showing the world that New Orleans didn’t die. The green streetcars running along Canal Street and in the French Quarter helped demonstrate that. The 400-series and 2000-series “red ladies” returned from their repairs. The St. Charles line’s power was repaired and upgraded. The green streetcars returned to their regular routes.