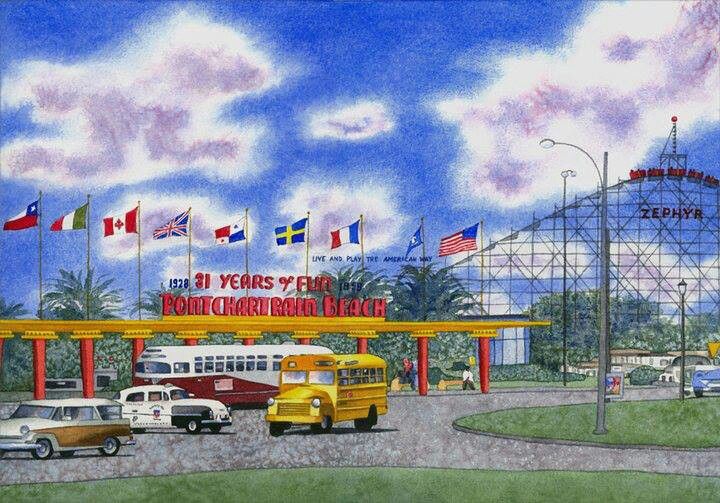 The best of “Today in New Orleans History” for this week, and unpacking a photo on this week’s NOLA History Guy Podcast 27-April-2019.

Two short segments today on NOLA History Guy Podcast 27-April-2019. Take a moment from your Festing and check them out. 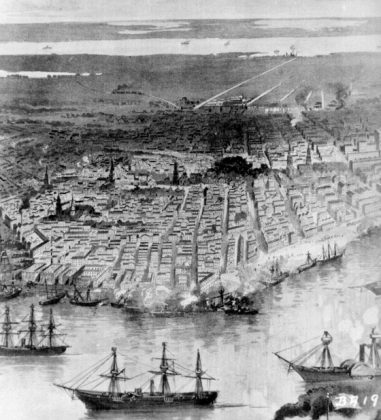 Our pick from Today in New Orleans History’s entries this week is April 25th, the capture of New Orleans.

Flag-Officer David Farragut, United States Navy commanded the Union blockade squadron charged with invading New Orleans. In April, 1862, he took that squadron, into the Mississippi River, via Southwest Pass. A squadron of mortar vessels under the command of Captain Donald Porter followed Farragut. The invading force pounded Fort St. Jackson and Fort St. Phillip. These forts were the main defenses below the city. German and Irish soldiers in the rebel army mutinied on the night of April 24th. Farragut led his ships to that side of the river. Thirteen Union vessels passed the forts. The city woke up to Union guns aimed at the city. Farragut compelled the surrender of the city the following day. Major General Benjamin Butler arrived and occupied the city on May 1, 1862.

The loss of New Orleans demonstrated the abject incompetence of the rebel government. New Orleans was the largest port in the rebel states. 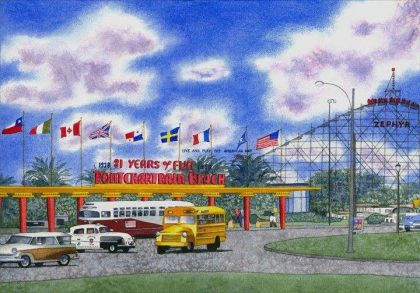 Another event in Campanella’s “Today in New Orleans History” this week was the inaugural run of the Zephyr coaster at Pontchartrain Beach. The Milneburg location of the amusement park opened in April, 1939. On 23-April-1939, the park’s premier attraction, the Zephyr, opened. The wooden roller coaster operated until the park closed in 1983.

Our image for this pod is a Jane Brewster print of the main entrance of Da Beach, in the 1950s. A GM “Old Looks” bus ends its run at the beach. The Beach is fifteen or twenty years old at this time. The Zephyr coaster is visible on the right. Riders entered the coaster via an Art Deco station. They boarded one of the two trains and rode up that first section. Jane shows  a train as it reaches the top. Riders would hold their hands over their heads, at least for that first downhill pass. The coaster took riders over several hills, then made a sweeping turn, returning to the station via a series of small bumps behind the large hills.