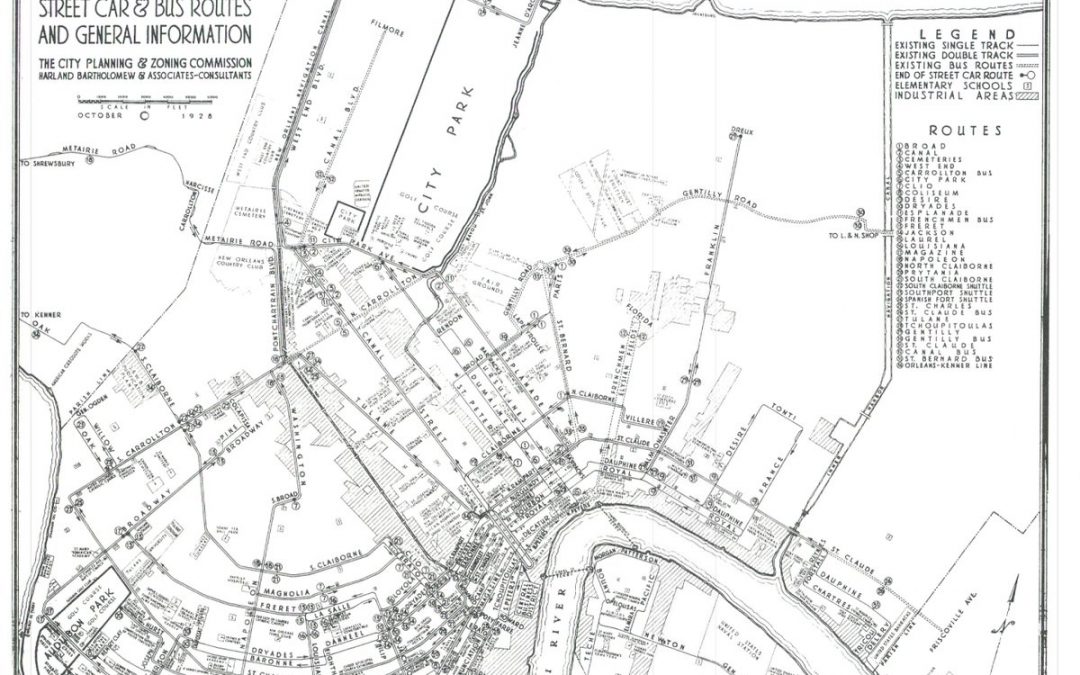 Bus and streetcar routes in New Orleans were laid out in NOPSI Maps. 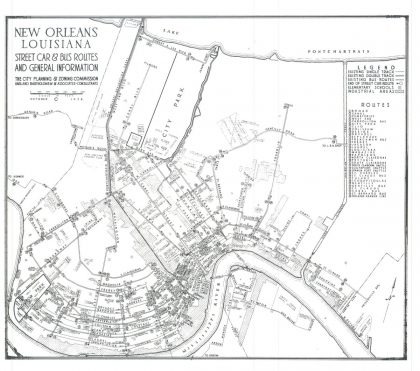 Maps of the local transit system are essential for riders. While those maps are most often found online these days, proper paper maps existed for generations before handheld devices with Everything.

Lots of interesting things here, on this 1928 map. This is a year before the 1929 Transit Strike (the origin of the po-boy, etc.). In terms of total miles of track, this is the zenith of streetcar operations. The 1929 strike changed how New Orleans commuted. NOPSI worked to get riders back, but it was not an overnight process.

Some things here that caught my eye:

The Canal/Esplanade belts defined service in Mid-City at the time. While there were shorter, “support” lines, the neighborhood relied primarily on the Canal line.

NOPSI provided extensive streetcar and bus service Uptown. So, NOPSI maps show the St. Charles and Tulane lines running in “belt” service. While the original operators consolidated years before this map, the older lines continued on. Prytania, Laurel, and Tchoupitoulas operated at this time. So, Claiborne, Freret, St. Charles, and Magazine lines operated as the main cross-Uptown lines. Those lines operate today.

The Gentilly line ran from downtown out to Dreux Avenue on Franklin Avenue. Bus service on Elysian Fields only operated to Florida. The Pontchartrain Railroad still ran out to Milneburg at this time.

Vintage New Orleans Transit is a fun group on Facebook, if you’re active on that platform.