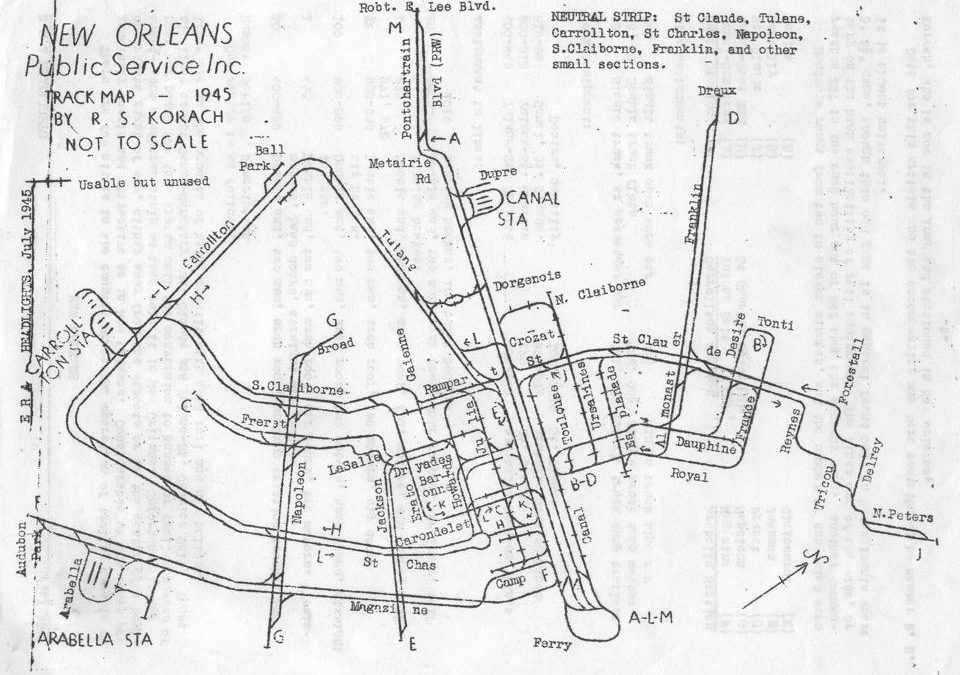 A not-to-scale 1945 streetcar track map shows many changes in the system. 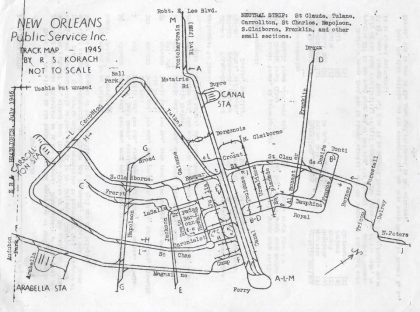 I found this 1945 streetcar track map on a blog called “NOLAgraphy.” That blog appears to be in suspended animation.

This diagram shows only streetcar tracks. R. S. Korach drew the map. While the map is not to scale, it offers NOPSI rail employees an easy to view layout of the system. The miles of track shown here dropped dramatically compared to the 1928 system map we presented a couple of weeks ago. NOPSI converted many of the lines to buses just before WWII. They resumed those conversions as soon as they had clearance from the War Department in late 1945.

The map shows the basic track flow around the streetcar barns like Arabella Station.

The diagram shows segments of track from lines converted to bus service. NOPSI left track on many streets.

As a visual tool, this map sums up the switch to buses. As a NOPSI map, many things on here require further research.