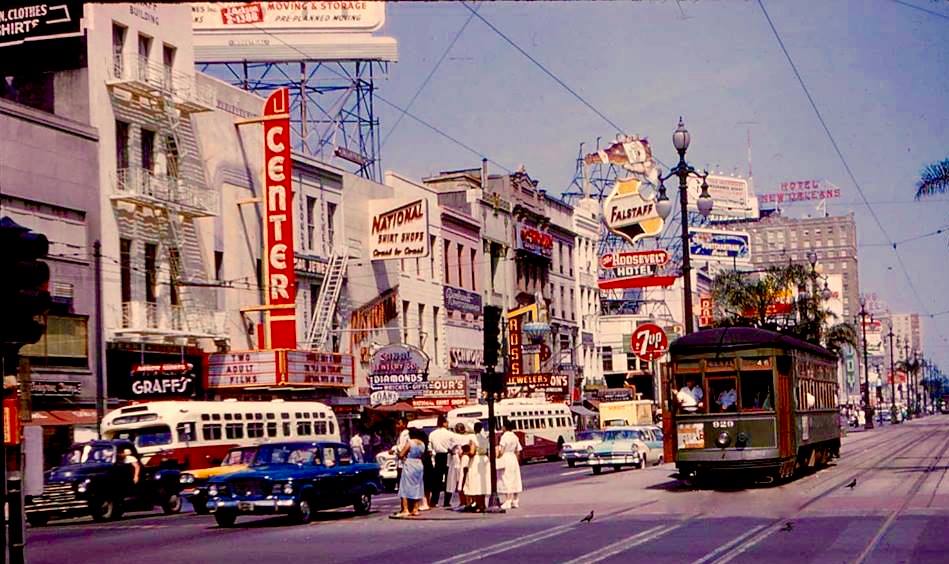 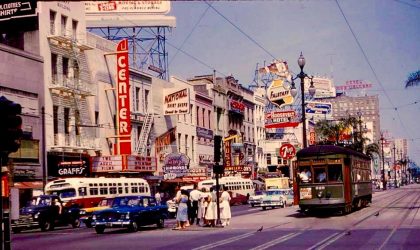 A Lakeview flashback for the NewOrleansPast.com pick this week, along with a photo unpack for NOLA History Guy Podcast 29-June-2019. Also, a brief farewell to the Times-Picayune.

John L. Lenfant began his career as a barber in the Marigny. Campanella’s entry for 25-June marks Lenfant’s application to open a bar and grocery at 2001 N. Rampart. Gotta love New Orleans, Lenfant wanted to combine a bar and a grocery. A charming cottage occupies 2001 N. Rampart (corner Touro) now. 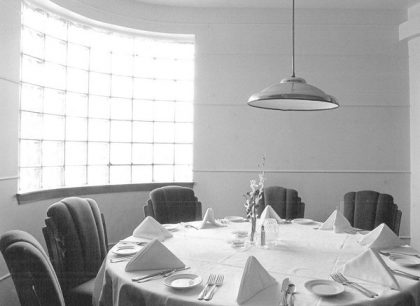 Inside Lenfant’s in the 1940s. (courtesy NOLA.com)

John Lenfant opened a variety of businesses in the Marigny, Bywater, and Gentilly. John passed before he could open his restaurant on Canal Boulevard. The sons completed the project. It is by far the best-remembered Lenfant’s business

In addition to dining in the restaurant, folks could park in the shell lot outside. Car hops would come out and take orders.

Unpacking a cool photo from 1960. Streetcars operated on a two-track main on Canal at this time. Palm trees date the photo after the 1958 beautification project. So many signs!

According to “Streetcar Mike” Strauch, “The GMC old look [bus] is on an uptown express, 70 or 71, with the lamps turned on. Jackson trolley coach behind.”

Diesel buses replaced the trackless trolleys in 1964. The Canal Line transitioned to streetcars in 1964 as well.