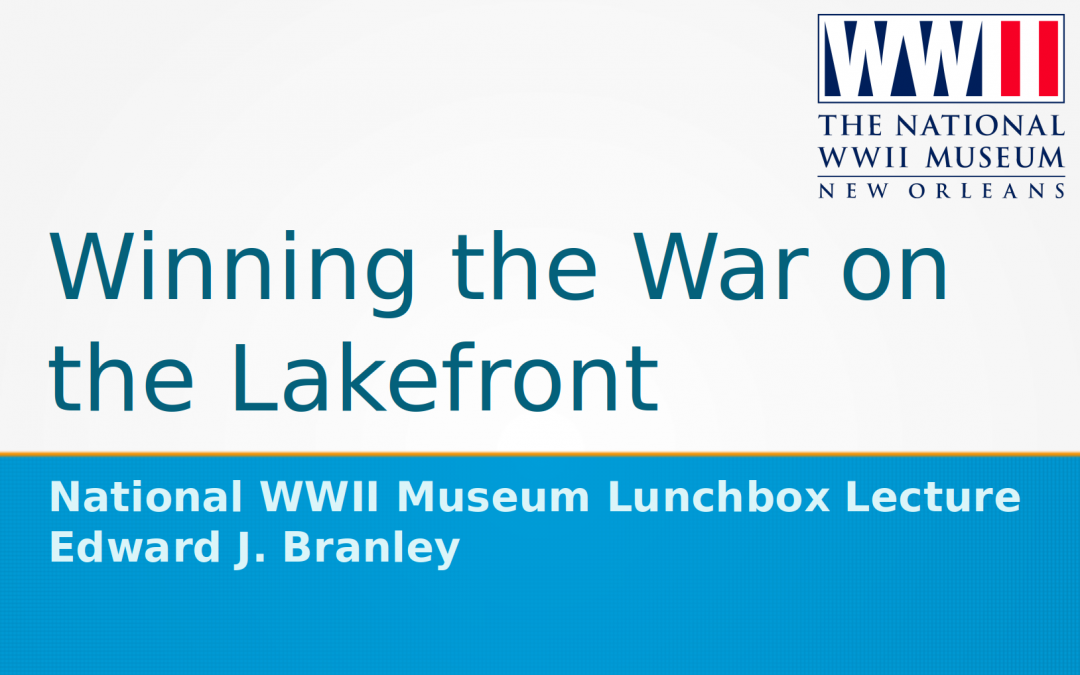 UPDATE: Here’s the link to the Facebook Live version of my talk last week at the National World War II Museum. 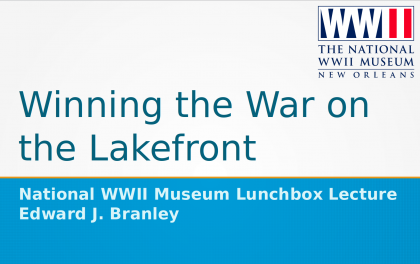 Edward Branley presents a WWII Lunchbox Lecture, this Wednesday, June 19, 2019, at the National World War II Museum. The talk will be in the Orientation Center of the Louisiana Pavilion, at Noon. The lecture’s topic is, Winning the War on the Lakefront.

Andrew Higgins and Higgins receive most of the attention in discussions about New Orleans during WWII. While his contributions to the war effort were the most important thing to come out of the city, so much more happened here. The Army Medical Corps, the US Navy, the US Coast Guard, and the Army Air Corps all operated facilities along Lake Pontchartrain. They built hospitals, air bases, supply depots, even a POW stockade. Consolidated Aircraft built flying boats. And yes, Higgins tested his landing craft and PT boats in Lake Pontchartrain.

The Orleans Levee Board drained much of the modern lakefront in the 1920s. They reclaimed the marshy land for use as residential neighborhoods. The Great Depression and the war slowed those plans. Since there was no civilian development in most of the land, the military took advantage. Hospitals appeared in what is now the East and West Lakeshore subdivisions.

Much of the construction was funded by the Works Progress Administration (WPA). The WPA lifted New Orleans out of the Great Depression. While the military paid to construct their hospitals and bases, WPA funded road improvements, airport upgrades, and even Pontchartrain Beach. The WPA made it easy for New Orleanians to get to jobs along the lakefront.

The US Navy needed more training facilities for aviators. They built Naval Air Base New Orleans in 1941. The site is now the main campus of the University of New Orleans.