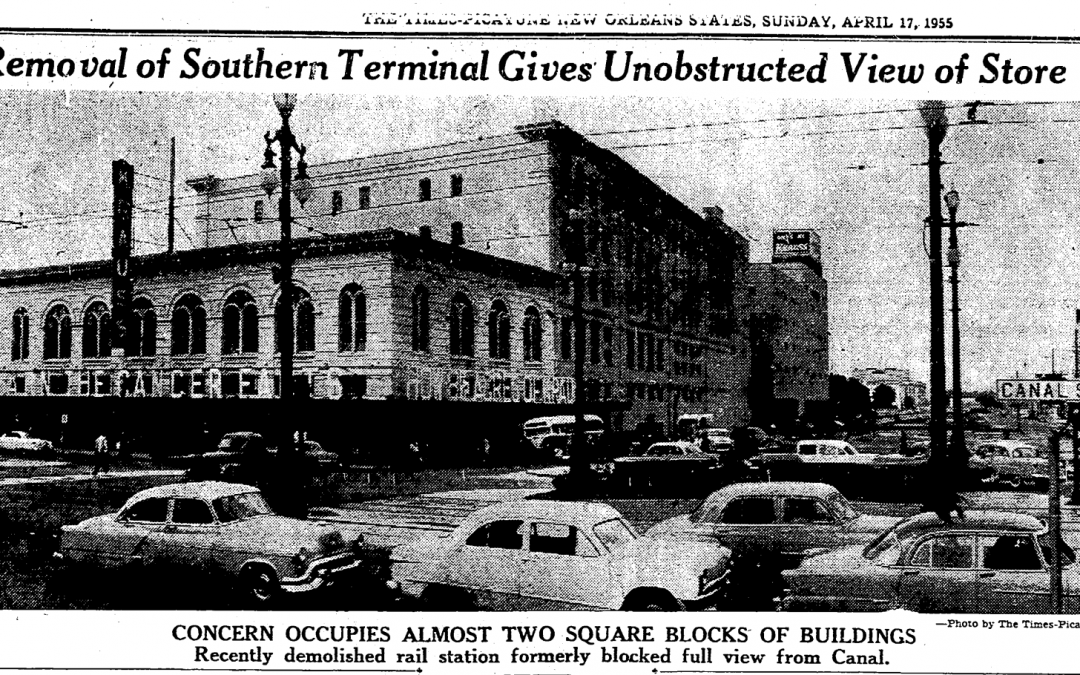 Basin Street, 20-July-1954, in the wake of the demolition of Terminal Station

Two segments on NOLA History Guy Podcast 27-July-2019. First, our “Today In New Orleans History” for 20-July, and then we’ll unpack a photo from 1955. Both focus on Canal and Basin Streets.

Trains ran on Basin Street since the late 1870s. The excursion train to Fort St. John (Spanish Fort) on Lake Pontchartrain terminated at Canal and Basin. The Spanish Fort train (which was steam-powered) departed from that station, turned onto Bienville Street, traveling out to the lake.

Leon Fellman bought the property right next to that small station in 1899. Clearly he knew that New Orleans Terminal Company planned to build a grand passenger station in its place. Fellman tore down the buildings in the 1201 block of Canal Street in 1902. In their place, he built the two-story, block-long building that became Krauss Department Store. 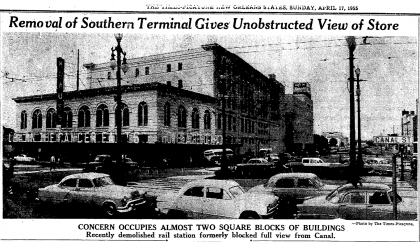 Un-packing a photo from almost a year later, 17-April-1955. The demolition exposed all of Krauss to folks walking down the street. The size of the original building (Canal to Iberville Streets), combined with the warehouse building, stunned many folks. Terminal Station obscured the full view of the store since 1908. 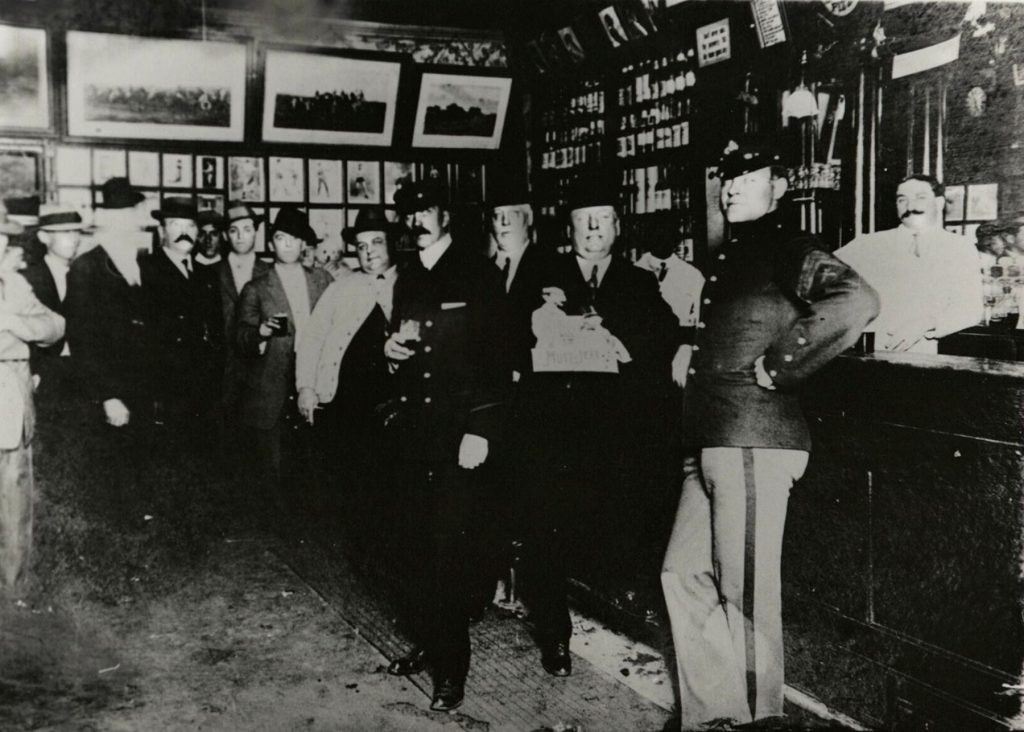 The men look like conductors. The hand-written note on the photo says Terminal Cafe, and — in smudged letters — May 11, 1911. The address written in the margin puts the bar between Basin and Crozat streets, on the edge of Storyville and near the Kraus Building. Searching the archives, I could find nothing more. #tbt

You want to go “like” Food Krewe on Facebook. Then go subscribe to Todd’s email list, to keep up with what he’s doing. At the same time, go join our YatCuisine group on Facebook. It’s an alternative to the hot mess that “Where NOLA Eats” has become.

If you’re on Facebook, please check out the group, New Orleans Uncovered. This is the “group” for NOLA History Guy. Thanks!