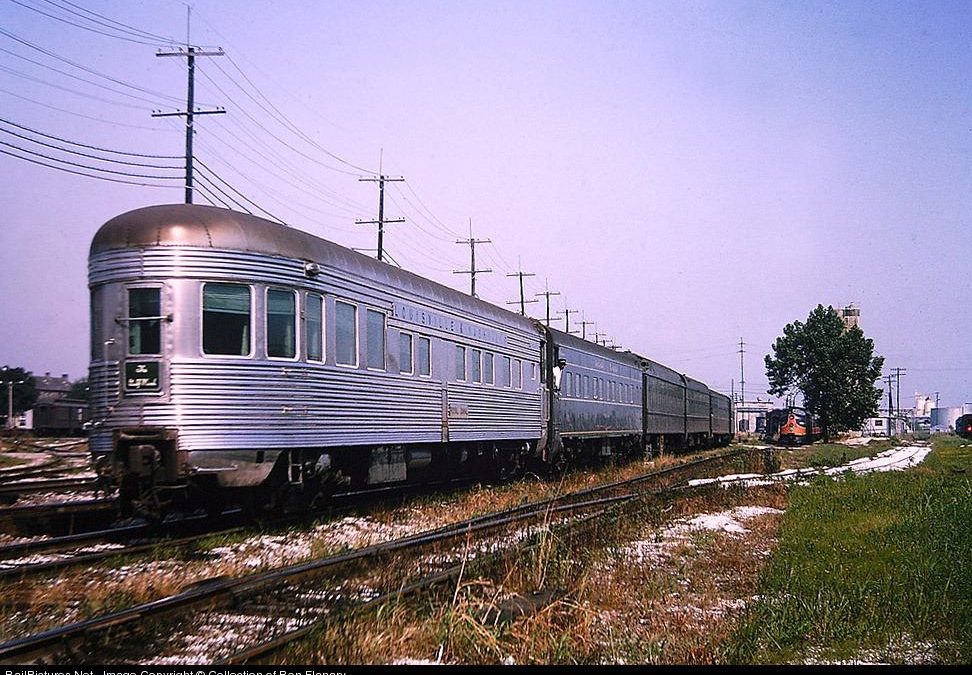 Connecting New Orleans to Florida via the Gulf Wind 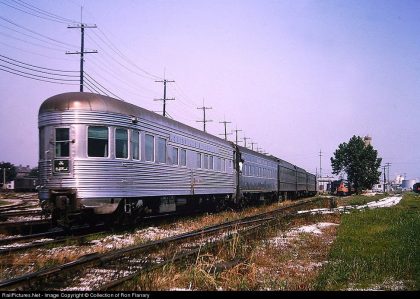 From 1949 to 1971, the Louisville and Nashville operated passenger service from New Orleans to Jacksonville, Florida, via their Gulf Wind train. While the service sounded like a classic “name train,” it was actually the combination of several trains approaching New Orleans from points north. 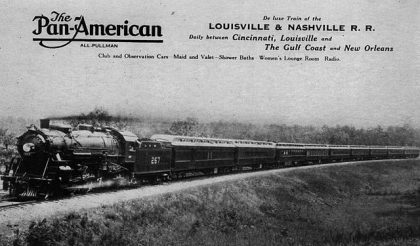 Postcard of the Louisville and Nashville’s Pan-American, from the 1920s.

L&N operated from 1850 to 1982. The railroad operated freight service from the 1880s. L&N built a passenger terminal in New Orleans in 1902. So, that station stood where at the foot of Canal Street. The Aquarium of the Americas presently occupies the space.

L&N operated service to Jacksonville via the New Orleans-Florida Express, from 1925 to 1949. The railroad used “heavyweight” equipment for this train. The train offered overnight sleeper service. The trip lasted about eighteen hours. In the 1940s, railroads replaced older equipment on busy/popular trains. They substituted “streamlined” cars for the heaver steel ones. Therefore, to modernize, L&N upgraded their New Orleans to Florida service. L&N also operated the New Orleans-Florida Limited, as day service from Jacksonville, west to New Orleans. They discontinued this service in 1949. 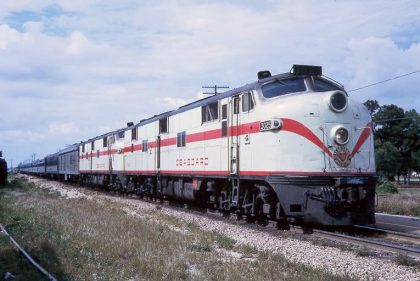 SCL E-8 of the type used on the Gulf Wind

L&N re-branded the New Orleans-Florida Express in 1949. So, they gave the train the name, Gulf Wind. The new train operated “streamliner” cars. The new service offered modern dining cars, Pullman sleepers, and rounded-end observation cars. The timetable of the Gulf Wind matched up with the Silver Meteor. That train operated from New York City to Miami. It arrived at Jacksonville mid-afternoon. Passengers heading west across the Florida Panhandle changed to Gulf Wind.

Gulf Wind was diesel-powered. L&N and Seaboard Coast operated the route jointly. So, SCL engines pulled the train from Jacksonville to Chattahoochee. L&N power picked it up there, pulling the train into New Orleans. 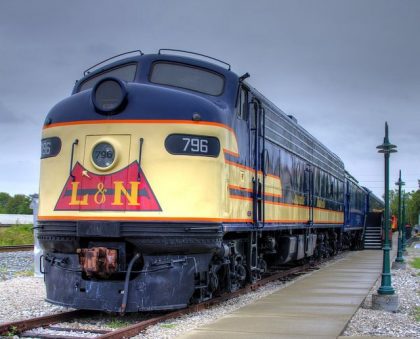 The train’s ridership declined in the early 1960s. To maintain profitability, L&N combined service. Several routes approaching New Orleans joined together. L&N combined Gulf Wind with the Piedmont Limited, outbound from New Orleans. The train split up in Flomaton, Alabama. Gulf Wind continued into Florida.  So, Piedmont headed north to Cincinnati. On the return run, Gulf Wind combined with the Pan-American, coming down from Cincinnati at Flomaton.

The Gulf Wind operated from the L&N’s Canal Street station, from 1949 to 1954. The city demolished the station in 1954. Therefore, service re-located to Union Passenger Terminal. This also meant a slight change in the route. When departing from Canal Street, the train left on L&N tracks. It traveled to the Gulf Coast between Lake Pontchartrain and Lake Borgne via the Rigolets Pass. After 1954, trains departed from UPT. They left the city via the Southern Railway’s Back Belt. The route to Mississippi was over the Southern bridge across the lake.

Gulf Wind ended operation in 1971. Amtrak decided to discontinue passenger service when they took over that year. Amtrak revived the New Orleans-to-Florida service in the early 1980s, but dropped it after a couple of years. The company extended Sunset Limited service from New Orleans to Jacksonville. That service was discontinued in the wake of Hurricane Katrina.