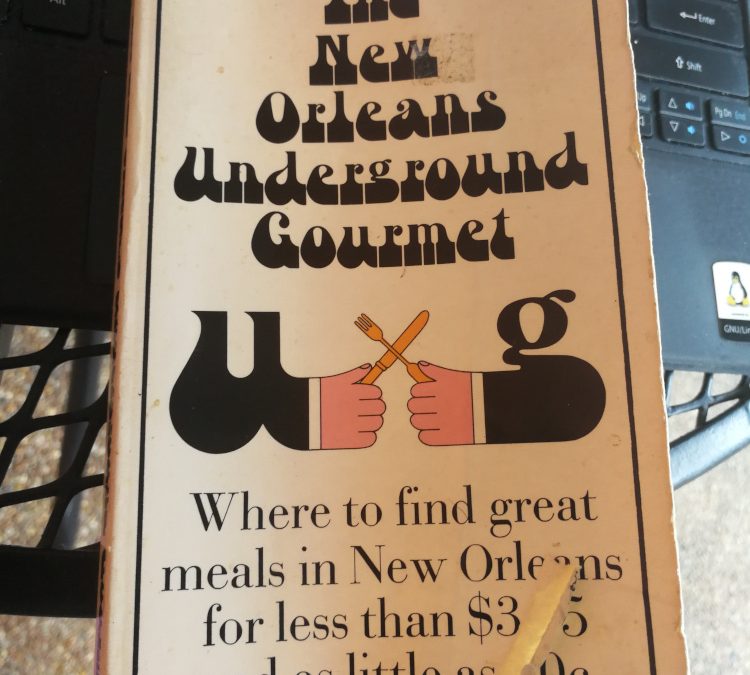 JC Restaurant and Bar, 601 Veterans in #themetrys (x-posted to YatCuisine)

This restaurant was located at 601 Veterans Boulevard, in Metairie. This Franck Studios photo, shot on 9-January-1960, shows how this main drag of Metairie was still sparsely-developed. The appeal to a businessman like J.C. Landry (the namesake of JC Restaurant) was inexpensive property that was still close to Lakeview. Dorignac’s and Zuppardo’s supermarkets were still empty lots on Vets.

Getting to Metairie from Mid-City wasn’t all that hard, either, since one could hop onto the Pontchartrain Expressway at City Park Avenue.

I posted this photo as part of my regular social media sharing earlier this week. I remember eating at this place once or twice as a kid, but those fifty-year old memories are fuzzy. So, I pulled out The New Orleans Underground Gourmet, written in 1970 by Dr. Richard Collin of UNO. This restaurant guide was our bible as high school and college students in the mid-late 1970s. Dr. Collin followed up this book with his New Orleans Restaurant Guide, written with his wife, Dr. Rima Drell Reck (Professor of Comparative Literature at UNO), in 1977. A second edition was published in 1982.

One would never think upon seeing the JC Restaurant and Lounge from a crowded suburban shopping highway that this was anything but an ordinary tawry hash house with a large bar. Yet some of the best and cheapest food in the city is served at the JC in comfortable if far from elegant surroundings. The prices at the JC for quality food are remarkable, especially on the bargain nights, Wednesday for Family Chicken Night and Thursday for Beef Night. On Wednesday, five superb chicken dinners are featured at $1.85 each ($1.10 for children). This is not simple fried chicken but chicken Clemenceau, chicken Valentino (with shredded ham), chicken Chasseur (a brown sauce with garlic), chicken Marengo, and chicken Bordelaise, an old garlicky New Orleans favorite (all recommended).

J.C. Lambert, the JC of the restaurant’s name, has been serving quality food for ten years and his place seems to get better with age. The dinners are accompanied by an original Mexican coleslaw and excellent vegetables such as black-eyed peas and fried eggplant. The most impressive thing about the JC is its consistency. the a la carte menu is very good and old New Orleans favorites like shrimp remoulade (recommended) and stuffed shrimp (recommended) are excellent.

There is, every weekday except Tuesday, when the restaurant closes, a businessman’s lunch with the same good food and low prices. A recent lunch of chicken livers en brochette (recommended) was first-rate. JC manages to turn out very good versions of the local specialties, both of the less exalted nature and also dinners of a grander style. There is a good bar from the adjoining cocktail lounge and the usual short orders of hamburgers, fried chicken, and sandwiches. Parking is no problem as the restaurant has plenty of free parking. JC is a good example of a restaurant without frills or fanfare serving distinctive and distinguished food at very low prices.

I need to make those chicken dishes!