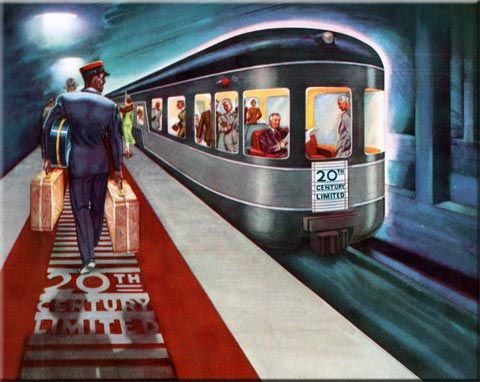 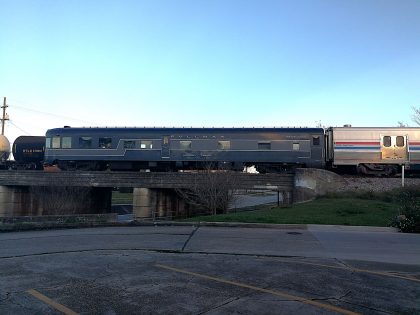 Hickory Creek on the #BackBelt

The ex-New York Central car, Hickory Creek, brought up the rear on the Amtrak Crescent, on its way to Penn Station on 30-December-2019. I don’t know the details of this particular trip for Hickory Creek, if they came down just to New Orleans, or if this was a return from going all the way out to Los Angeles. Either way, the car headed back north on Monday morning. 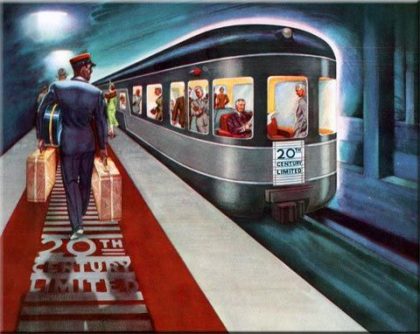 Hickory Creek was one of the “sleeper observation” cars put into service by the New York Central in 1948. So, the railroad switched the train to diesel (EMD units) in 1945, ordering new trainsets as well. General of the Army Dwight D. Eisenhower rode the inaugural run in 1948. The train ran until 1967.

So, the train began operation in 1902. A typical 20th Century Limited consist, including Hickory Creek, in 1965 looked like this:

Since the railroad discontinued the 20th Century Limited before the creation of Amtrak in 1971, the rolling stock didn’t go over to the new operator. Ringling Brothers Circus bought Hickory Creek. Since they didn’t need Pullman quality, the circus used it as dorm-style housing. They ripped out the interior of the car.

Hickory Creek, prior to the 2014 restoration. (Fred Heide photo)

In 2014, Star Trak, Inc., acquired Hickory Creek. They restored the car for private operation. So, the team modified original Pullman Standard design of five bedrooms to four. Since modern operations of private cars involve hitching on Amtrak trains, the team reduced the bedrooms to add showers. Trains Magazine published an article on the restoration by Mr. Fred Heide in November, 2014.

In addition to reducing the number of bedrooms, the 2014 restoration changed the galley area. The 1948 design of Hickory Creek included a small galley, for preparing snacks and drinks. So, the Star Trak team converted the space into a full-service kitchen. Again, this fits with modern use of private cars. They’re designed to be independent of the trains pulling them. 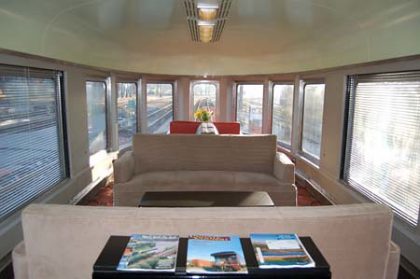 While the bedrooms and galley changed a bit, the team kept the rear observation area true to the 1948 design.

Private Rail on the #BackBelt 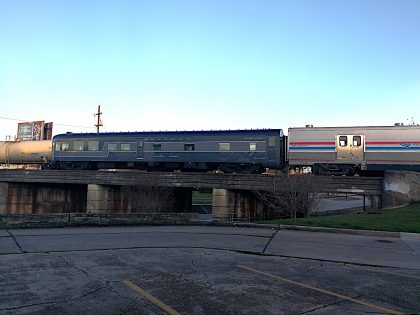 I spend a lot of mornings at the PJ’s Coffee Shop at 5555 Canal Boulevard. The baristas here are great and the regulars are nice folks. Regulars occasionally ask me why I get up and record/photograph the Crescent as it heads out of town. It’s pretty much the same consist each morning, but then there are the days when something extra brings up the rear.