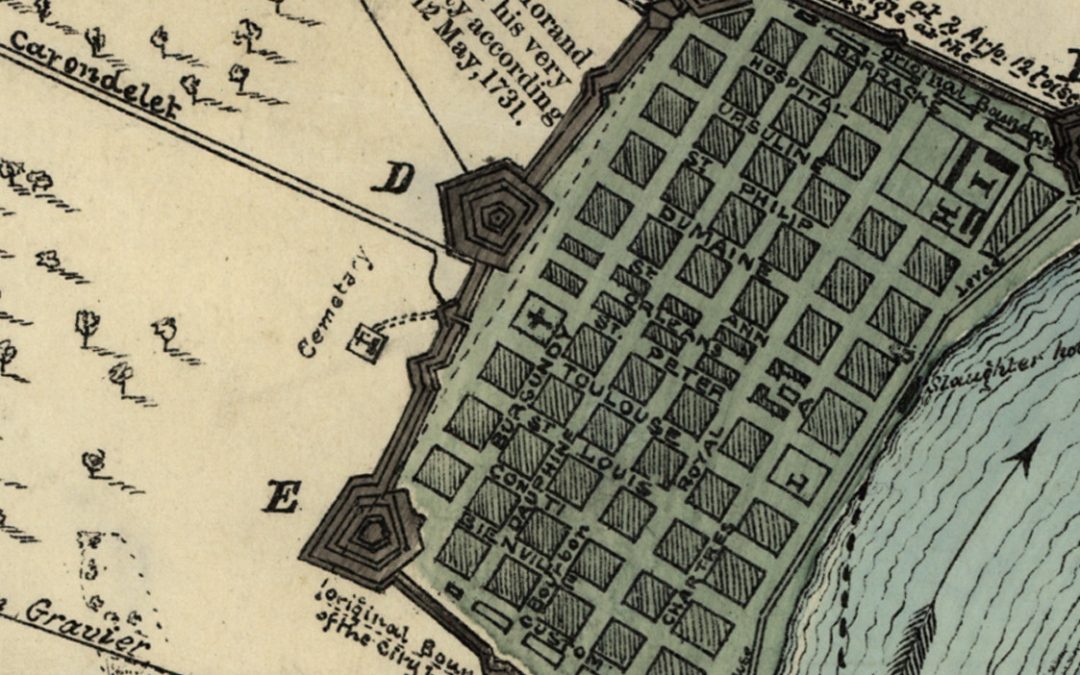 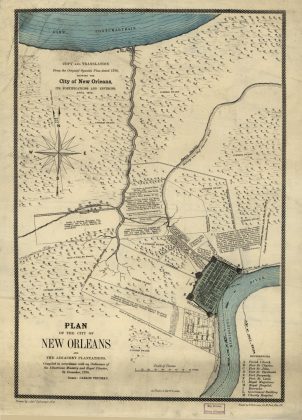 “Plan of the City of New Orleans and adjacent plantations,” 1798. (Public domain image via LOC. Click image for higher resolutions)

My friend Derby Gisclair posts old New Orleans images that catch his eye daily on social media. I love this, because the more of us that promote the city’s history, the more people come around to the subject. And the more books we sell! Derby posted this map yesterday. The wording on the image caught my eye, so I gave it a deep dive.

The title of the map:

Plan of the City of New Orleans and adjacent plantations.

Compiled in accordance with an Ordinance of the Illustrations Ministry and Royal Charter, 24 December, 1798

But this is not the original! It is a copy. The copy illustrator made this note:

From the Original Spanish Plan dated 1798,

Its Fortifications and Environs

A note at the bottom says, “Drawn by Alex’ DeBrunner N.O.” 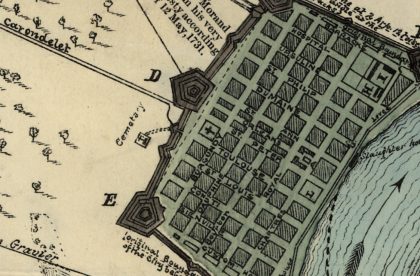 The Spanish Map 1798 offers detailed notes on the various property holdings around the city. While the detail of what is now the French Quarter is accurate, the detail outside the Quarter enhances its usefulness. The map shows the “first cemetery,” inside the bounds of the Quarter, as well as St. Louis Cemetery No. 1, on Basin Street. The cemetery sits just west of the turning basin of the Caroldelet Canal. The linear canal stands in stark contrast to Bayou St. John and other waterways in the area.

The map presents what is now St. Louis Cathedral as the “parish church.” While this may be a translation issue, it’s possible that Don Carlos named it that on his original. The city re-built the church after the fire of 1788. It became a cathedral in 1793, when Louisiana became a separate diocese. 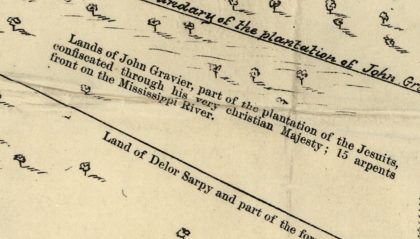 Just outside the French Quarter

Land of John Gravier, part of the plantation of the Jesuits, confiscated through his very christian Majesty ; 15 arpents front on the Mississippi River.

The Society of Jesus received a land grant from the King of France, operating a plantation just upriver. The Spanish suppressed the Jesuits in Spain in its colonies in 1763. John Gravier received the Jesuit land. By 1798, the Spanish planned to fully develop what is now the Central Business District.

Trudeau was Surveyor General of Spanish Louisiana. While the dominant language of Colonial New Orleans was French, Spanish records list him as Don Carlos Trudeau. Trudeau surveyed and designed what is now Lafayette Square, in Faubourg Ste. Marie. This Spanish Map 1798 fits the pattern of extensive documentation by the government of the Viceroyalty of New Spain.

Trudeau was born in New Orleans, in 1743. France owned and governed New Orleans at the time. He became Surveyor General in the 1780s (the Spanish assumed control of New Orleans in 1763). Trudeau held the post until 1805. He resigned after the Americans took over New Orleans. So, Charles returned to public service a few years later, serving as Acting Mayor for six months in 1812, and on the City Council.