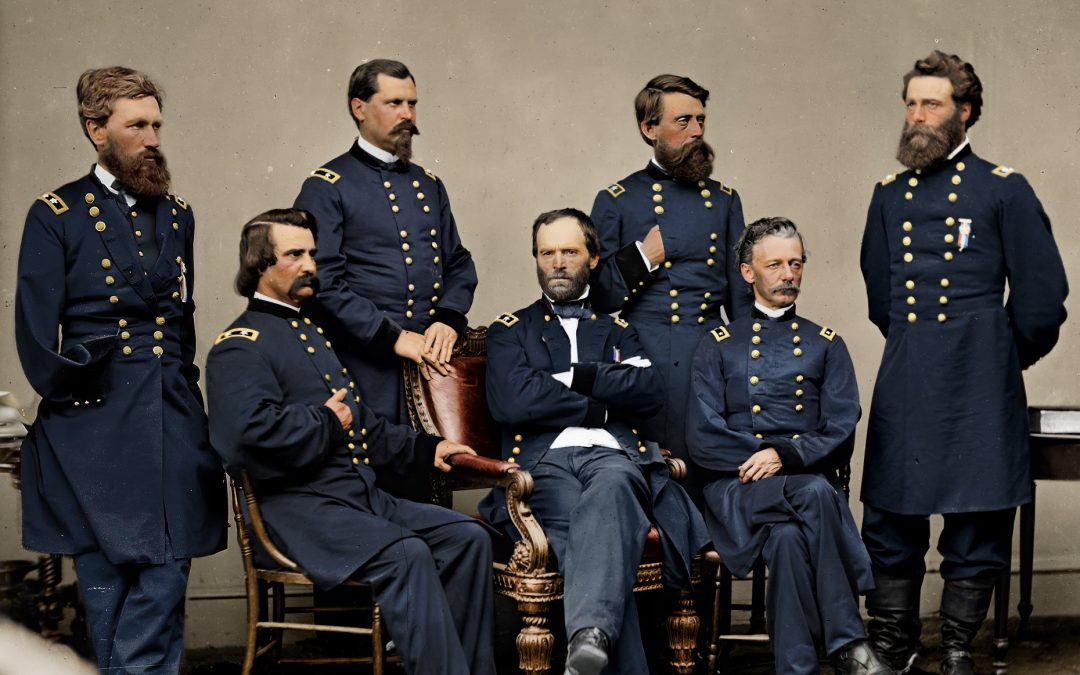 Colorized Sherman and his staff during the Southern Rebellion 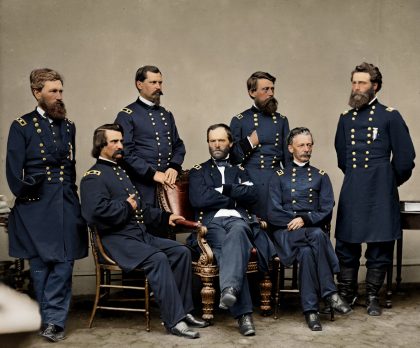 Colorized photo of Sherman and his staff during the Southern Rebellion. Colorization by Benoit Vienne

I just love good colorization of old photos. Came across this one today, via a group I moderate (and I encourage you to consider) on the Book of Zucker, Vintage America Uncovered. The artist is Benoit Vienne. He posted it to the FB group, History Pictures. 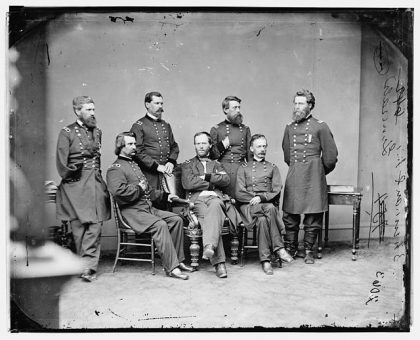 The caption of the original, black-and-white photo, at the Library of Congress:

So, the photo is listed as from the Southern Rebellion, but no additional specifics.

So, what’s the big deal, other than it’s a colorization? Sherman has a significant antebellum connection to Louisiana. He was the first Superintendent of the Seminary of Learning of the State of Louisiana. That institution would later become Louisiana State University. LSU recognizes this heritage. Historians acknowledge that Sherman is, for all intents and purposes, LSU’s first President.

In 2017, the legendary political consultant (and Brothers Boy) James Carville wrote an opinion piece in Da Advocate that is part informational and part trolling, about Sherman and LSU. From the article:

Sherman served as “superintendent and professor of engineering, architecture, and drawing” at a time when LSU was nothing more than a single building populated by 40 ill-mannered students. “Of course,” Sherman said anyway, “I promise to be a father to them all.” And he was.

With so many people frothing at the mouth over removal of monuments to human trafficking in the city, this article raised quite the chuckle.

The Seminary of Learning (also known as the “Men’s Seminary”) was near Pineville, Louisiana. So, Sherman didn’t have much contact with folks in the city. In his memoirs, however, Sherman writes of the process of resigning from the Seminary and heading back to the North. He traveled to New Orleans, calling on then-Captain PGT Beauregard, USA. Gus was, at that time, the “Superintending Engineer” for the Army in New Orleans. He maintained an office in the Custom House on Canal Street. It was logical and proper for Sherman to call on Beauregard, since both of Gus’ sons attended the Seminary. Sherman felt a sincere sense of responsibility towards all of the students.

I’ve written a draft of a fictionalized version of this meeting. I feel like I’ve got Gus down, but Sherman is an enigma. I’ll keep at it.