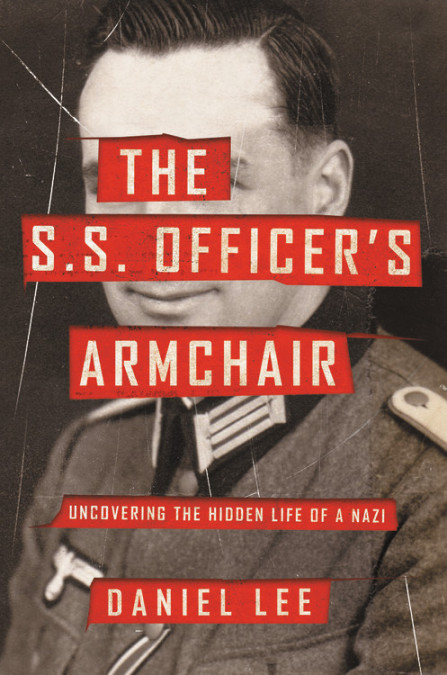 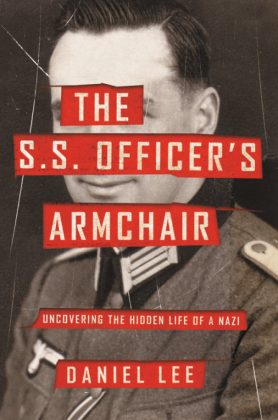 This book is the story of Robert Griesinger. Griesinger was born in 1906, in Stuttgart, which was then part of the Kingdom of Württemberg. He entered the author’s life accidentally. Daniel Lee is a World War II scholar. His primary focus is the history of Jews in France and North Africa during the war.

Like many scholars, when strangers learn what they do, the stranger regales the scholar with tales they think are related to their area of study. In Lee’s case, World War II stories became second- and third-hand tales by the 2010s. The story of The S.S. Officer’s Armchair began in this offhand way.

The book pursues two tracks. One is the story of Robert Griesinger, his family history, early years, education, and how he became a Nazi. A second, and equally fascinating track, details Lee’s unraveling of the story. Griesinger died in 1945. Jutta and Barbara, his daughters, were in their seventies when Lee began his research. A chance encounter with a woman whose mother owned Griesinger’s armchair, leading to a portrait of a mid-level Nazi officer, offers insight into the Third Reich beyond the leaders and the horrors they perpetrated.

Lee discovers the armchair by accident.  Instead of just a story, this time, he gains access to documents belonging to an S.S. officer. Not just an oral account of someone’s activities during the war, but primary sources. It’s no surprise he took this seriously. The armchair from the Griesinger household in Prague made its way to a woman in Amsterdam. Documents sewed into the chair were discovered when it was taken to be reupholstered.

It’s interesting to compare the attitude of the Dutch furniture upholsterer with those of the Czechs Lee encountered in Prague. While the Dutch craftsman didn’t want anything to do with people he thought were related to Nazis, the Czechs were less concerned. Czechoslovakia strained under the control of the Soviet Union for long enough that Nazi occupation was a blip on their timeline. The documents enabled Lee to learn about their owner. They provided insight into the daily life of a Nazi bureaucrat.

Lee’s initial encounter with Griesinger happened at a dinner party. A guest told him the story of how her mother discovered the papers. He verified the story, and the guest’s mother offered to send the papers to him. Things started to click when his guest’s mother explained that she was not Dutch, even though she lived in Amsterdam. She was Czech. Lee’s journey to unravel The S.S. Officer’s Armchair begins.

Where to begin? Lee had a name and some documents that didn’t tell anywhere near a story. Beginning with Stuttgart, he cold-calls folks with the last name Griesinger, and comes up with one of Robert’s nephews. He learns from Jochen Griesinger that, Adolf, Robert’s father, was born in New Orleans. Robert Griesinger, Sr., Robert’s grandfather (and Jochen’s great-grandfather), came to New Orleans from Germany in 1867, in the aftermath of the Southern Rebellion. Robert Sr. met Lina Johns there. Lina was the daughter of the musician Paul Emile Johns, a contemporary of Frédéric Chopin. Lina and Robert married in 1870, and Adolf was born in 1871. Robert Sr., and Lina returned to Stuttgart in the early 1880s. Adolf was groomed to be part of the military infrastructure of Prussia.

The author speculates much about Robert Jr.’s connections to New Orleans. Lina’s family owned enslaved Africans prior to the rebellion. They were friends with the author Kate Chopin (no relation to Frédéric), and her husband, Oscar, who was a member of the White League. Did growing up in a racist environment such as post-bellum New Orleans influence Adolf? Did those New Orleans attitudes travel back to Germany with him? How did they contribute to the formation of his son’s beliefs? Lee is unable to make a direct correlation between the enslavement culture of the American South and Robert Jr.’s growth as a Nazi, but the parallels are stark.

Adolf Griesinger became a loyal officer in the cavalry of the King of Württemberg. That loyalty never wavered, even after the defeat of the German Empire in World War I and the hardships of the 1920s. Robert was born into a life of middle-class/military-class privilege. He was educated at a quality Gymnasium (high school), and attended the University of Tübingen. The author guides his readers through the very-masculine culture of Prussian universities and how this had an impact on Griesinger’s relationship with his doting, over-protective mother. Robert’s membership in Corps Suevia Tübingen, a collegiate dueling fraternity, offered life-long connections and networking to Robert. This was similar to membership in a Final Club at Harvard or a social fraternity at other American universities.

Upon graduation and receiving his credentials as a lawyer, Robert joined the Schutzstaffel, better known as the S.S. Lee explains the structure of the S.S. when Griesinger joins in 1933, and how it evolved into the dominant paramilitary organization prior to the war. Based on his mediocre performance as a student, Robert knew he needed to leverage personal contacts to advance himself. Lee describes the balance of Griesinger’s work and his involvement in the S.S. Given his father’s dislike for the Nazis (to the extent he forbade Robert from wearing S.S. uniform in his presence), his activity in the organization was a major statement of independence. He knew which way the wind was blowing.

The author’s explanations of German anti-semitism in the wake of the Great War explains how the dislike for Jews among the German people was pervasive, enabling the Nazis to exploit the issue. Even though Lee establishes that Griesinger was not a “desk killer” while in the S.S., he certainly had the ability to become one. Robert was a “gentleman’s C” student, and that carried through in his early career.

Robert runs into obstacles with the S.S. when he desires to marry Gisela Nottebohm. The social aspects of their courtship, combined with the struggles involved with securing permission from the S.S., present the complexities of being a young officer in the Reich. His superiors in the S.S. frowned upon its members marrying divorcées. Aryan purity and ability to produce children suitable to the S.S. and the Reich were paramount. It would be nice to say Lee “humanizes” the process, but it’s hard to see that side of Griesinger.

Griesinger joined the Gestapo in 1935. Lee presents Robert’s duties and routine as part of the Political Police machinery in Stuttgart. Robert leveraged his university fraternity connections while in the Gestapo, forging strong personal bonds with his co-workers. This is one of the most interesting themes throughout the book. While Robert nurtures his social and political connections, he doesn’t work them to advance within either the S.S, or the Gestapo. His friends were much more aggressive, and they leave him behind. His desire to blend in, keep his head down, eventually comes back to haunt Robert. By the time war begins, his fraternal connections are unable to keep him out of harm’s way. He is forced into joining the Wehrmacht Heer (army) unit and is sent to the Russian Front. Robert is severely wounded. This provides him the opportunity to return to a civilian position.

The Griesingers come to Prague in March, 1943. While Robert was not a hero in the sense of performing acts of valor, his status as a decorated, wounded, veteran of front-line combat enabled him to secure a position at the Ministry of Economic and Labor. He put his experience with the Gestapo to good use, assisting and advising local law enforcement on how to improve production from local factories. Griesinger’s ruthlessness fit in well, as the Reich needed maximum exploitation of resources and labor to continue the war effort.

In the end, of course, it wasn’t enough, as the Allies pressed in on both sides. Robert gets Gisela and the girls out of Prague, but is himself caught up in the reprisals at the end of the war, and never leaves the city. The author takes us through his quest to find Robert’s burial site. It’s a small amount of closure at the end of a fascinating journey for Lee.

We will never know why Robert Griesinger, Jr., chose to hide his personal papers in the armchair, rather than simply destroying them. Perhaps he knew he would not escape from Prague, so he had no concerns with respect to self-incrimination. Maybe he thought they would be discovered somewhat earlier than 2011, and would have been passed on to his daughters. If preserving his memory was the goal, Robert succeeded, at least partially.

Jutta and Barbara, grew up with no knowledge of their father, beyond the little they remembered of him before they were put on a truck and evacuated from Prague. It’s clear that they had an interest in learning more about him, as Lee updated them on the progress of his project. Addressing the issues surrounding German attitudes post-war, post-Shoah, Lee reveals the spectrum of emotions involved. Germans are still, in many ways, in denial about the war, seventy-five years later. For all that the sisters want to know more about their father, and for all that Lee appreciates their assistance, there’s still a dissonance, a desire to look at it all from the outside.

The S.S. Officer’s Armchair fills in gaps in the knowledge base of the Third Reich. Students learn about death camps, but not as much about the policies and war crimes that didn’t involve the extermination of the Jews. Squeezing the Protectorate of all it had to provide goods of war to Germany required a mindset that mid-level managers like Griesinger developed in their youth. Reading more about how Robert grew up and lived demonstrates the complexity of simply labeling everyone a Nazi.

The process of telling Griesinger’s story is as interesting as his story itself. Even if Nazi Germany is not one of the reader’s interest areas, the story of Lee’s journey makes The S.S. Officer’s Armchair a solid read.

The S.S. Officer’s Armchair
Uncovering the Hidden Life of a Nazi