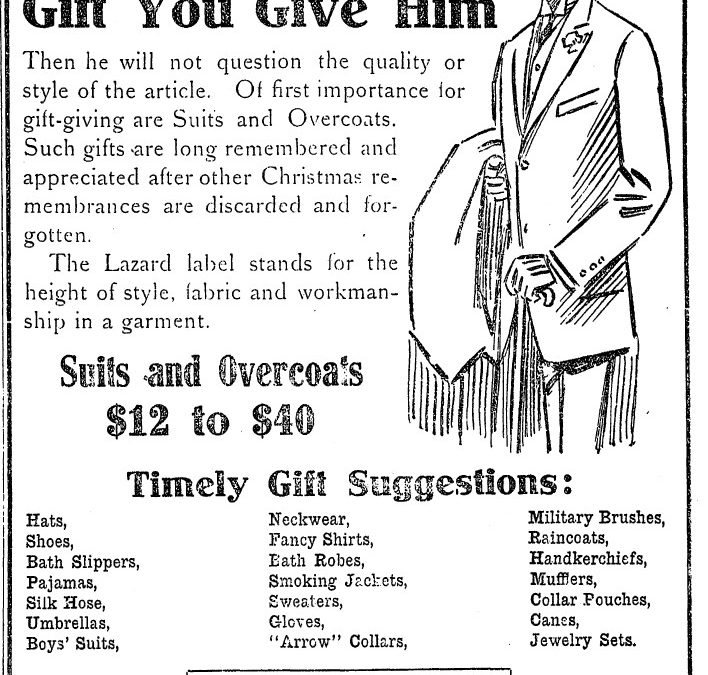 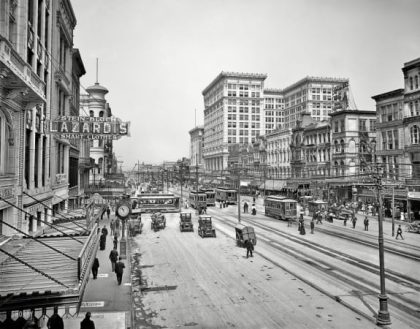 My friend Derby Gisclair commented on the origins of Lazard Freres, the investment firm, a while back on Facebook. There’s a great hi-res scan of a 1910 photo of Canal. The photographer stands (or looks out of a window) on the second floor of a building in the 700 block. They catch the 701, 801, and 901 blocks nicely. On the Uptown side, they catch the electric sign for Lazard’s, and Leon Fellman’s at 800 Canal Street.

What we know now as the investment and asset management firm, Lazard, Ltd., began as a dry goods store in New Orleans. Alexandre, Lazare, and Simon Lazard opened the store in 1848. Simon, along with two other brothers, moved to San Francisco in 1851. The California Gold Rush of 1849 presented opportunities for financial managers, as miners became millionaires. The brothers expanded to New York City and Paris, and the mega-firm began. While the financial business grew on two continents, the family continued the dry goods business in New Orleans. 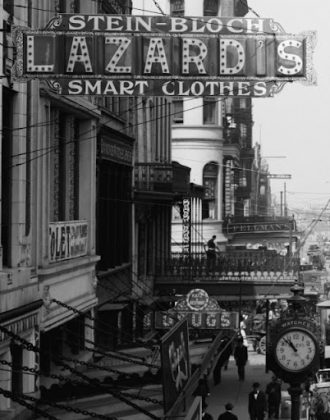 The small onion-dome visible behind the Lazard’s sign stands atop the Pickwick Building. Leon Fellman operated his department store there at 800 Canal, since 1897. His family changed the name from Leon Fellman’s to Feibleman‘s in 1920. 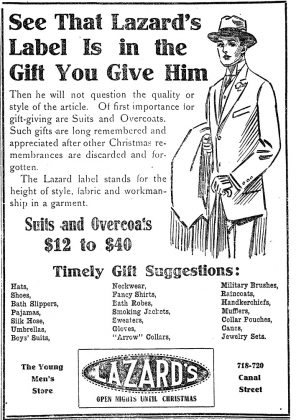 “See That Lazard’s Label Is in the Gift You Give Him.” While the founding Lazard brothers moved into the world of high finance, the store kept going. This ad in The Daily Picayune, December 21, 1912, suggested a number of gifts for men. Lazard’s focused on men’s clothing by 1912, rather than general dry goods.