Rex, Edward VIII, and The Woman He Loved 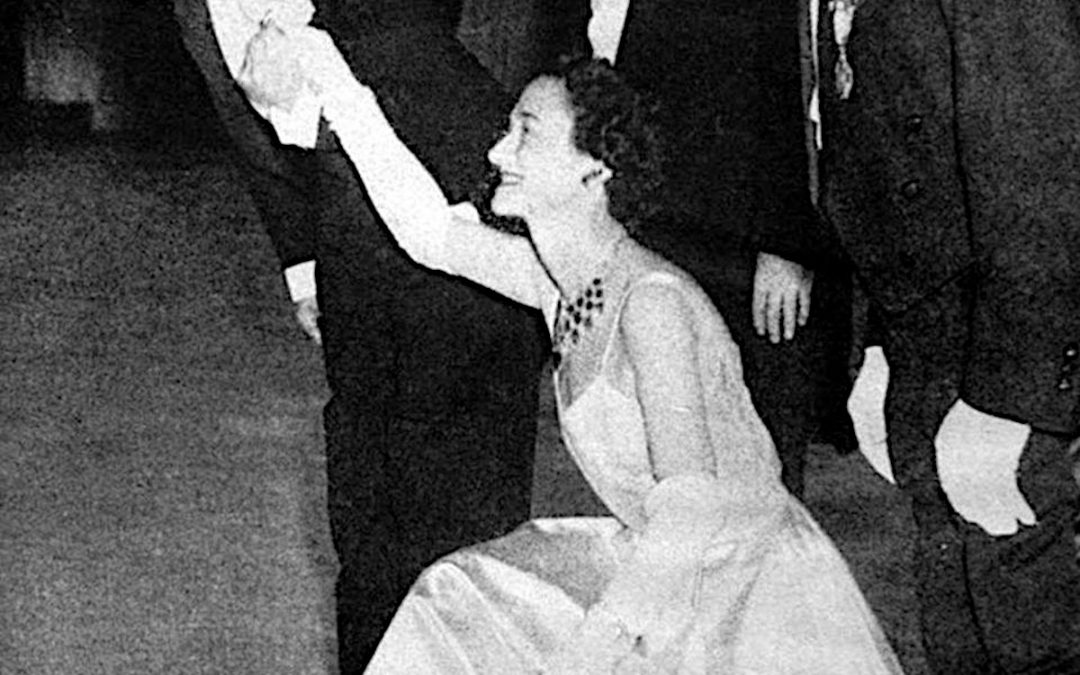 The Woman He Loved joined the Duke of Windsor for Carnival in 1950. 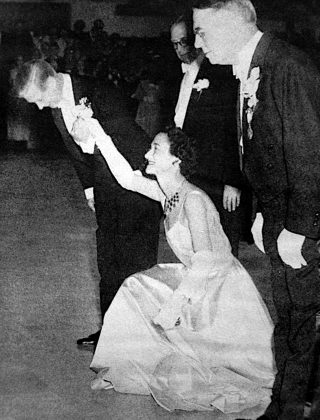 Mardi Gras History: Rex, the Duke, and The Woman He Loved

The Duke and Duchess of Windsor bow to Rex, at the Rex ball, 21-February-1950. The ducal couple viewed the Rex parade from the stands at the Boston Club on Canal Street, then attended the ball at the Municipal Auditorium that evening. The Duke of Windsor was the former King of the UK, Edward VIII.

The Grand Duke Alexi Romanov was not the only “real” royal who attended Rex.  Almost eighty years after Rex hosted the Grand Duke, they greeted another King. Well, a former King of England, that is. In 1950, His Royal Highness, Edward, Duke of Windsor, and his wife, Wallis, Duchess of Windsor, attended Carnival in New Orleans. Their visit culminated with the bal masque of Rex on Mardi Gras night. 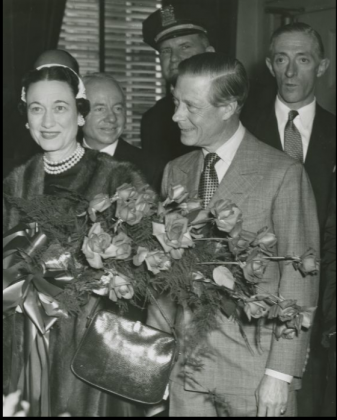 The Duke and Duchess arrive at City Hall (now Gallier Hall) to meet with Mayor Morrison, February 20, 1950. Cole Coleman photo via the Howard-Tilton Library at Tulane

The story of how the man who was once Edward VIII came to bow to the King of Carnival, begins in 1934. Known as “David” to his family, the oldest son of King George V was quite the womanizer. He took up with a number of married women at his home near Windsor Castle. One of those women introduced David to a friend, Wallis Warfield Simpson. Wallis was in the process of divorcing her second husband at the time. So, her relationship with the then Prince of Wales was considered to be quite scandalous. His parents refused to receive his new mistress, seriously straining their relationship with the next king. George V died on January 20, 1936. David acceded to the throne as Edward VIII, and declared his intention to marry Wallis upon the finalization of her divorce.

Neither the government nor the Church of England wanted a woman who was twice-divorced and whose ex-husbands were still alive to become Queen Consort. David insisted he would marry Wallis, even if it meant giving up the throne. Give it up he did, on December 10, 1936. His brother, Albert, Duke of York (“Bertie” to the family), became George VI, and his daughter, now HM Queen Elizabeth II, became heiress presumptive.

King George conferred the title of Duke of Windsor on his older brother. Wallis and David were married in 1937, and lived in France for a time. With the outbreak of World War II, the Duke and Duchess of Windsor moved to the Bahamas, settling in Paris after the war. In the late 1940s and early 1950s, the couple were regularly traveled between Paris and New York, heading down to New Orleans for Mardi Gras in 1950.

Like many dignitaries visiting the city for Carnival, the Duke and Duchess were treated as VIPs, welcomed by the mayor and city government, and feted by New Orleans society. They attended parades at Gallier Hall (which was still City Hall then), and viewed Rex at the Boston Club on Canal Street. 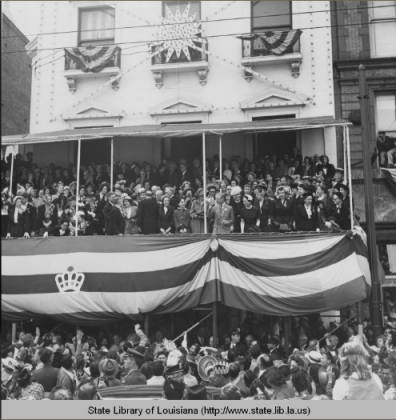 The Duke and Duchess of Windsor view the Rex Parade at the Boston Club, 21-February-1950

The bal masque of the Rex Organization is a very formal and traditional affair. The guests, in formal attire (evening gowns for the ladies, white tie and tails for the gentlemen) arrive in advance of the royal party. Promptly at 9 p.m., Rex and his queen enter the ballroom. David and The Woman He Loved, along with the dukes and maids, form up for a Grand March around the room. Rex and his queen are then seated on elaborate thrones, where they receive their guests. The maids (who are some of the season’s top debutantes) are presented, escorted by the krewe’s dukes. Unlike most Carnival organizations, the dukes of Rex wear white tie and tails rather than masking; the captain and three lieutenants are the only officers who mask for the ball.

With the court now formally presented to Rex, they take their places to either side of the royal couple, and their majesties’ distinguished guests are then presented. Naturally, the Duke and Duchess led those presentations in 1950. HRH and Wallis played their parts with grace and ease, bowing to the mock-royalty of Carnival as if they were at Buckingham Palace.

No doubt the Duke and the Woman He Loved accompanied Rex and his consort when they left ball at the invitation of Comus. The captain of the Mystic Krewe of Comus arrives at the Rex ball at 11:15 p.m. At the Comus, Rex and his queen, along with Comus and his queen, perform a Grand March around the Comus ballroom floor. The Captain of Comus presented the dignitaries all four of Carnival’s top royalty. This tradition of the “meeting of the courts” continues to this day. Comus (Carnival’s oldest organization) no longer parades on the streets of New Orleans.

Just before the bell tolls midnight, Rex, Comus, and their consorts bow to those in attendance at the Comus ball and take their leave. The captain of Comus bows. The stage hands draw the curtains. Mardi Gras is officially over. The celebrations continue into the wee hours. Private parties continue in various locations across the city.

HRH the Duke of Windsor lived a complicated and controversial life. His respect for the Carnival traditions of New Orleans earned him a permanent place in the collective heart of the city.

NOTE: I wrote this article in 2012 for GoNOLA.com. They lost the photos, so I’m re-posting it here.