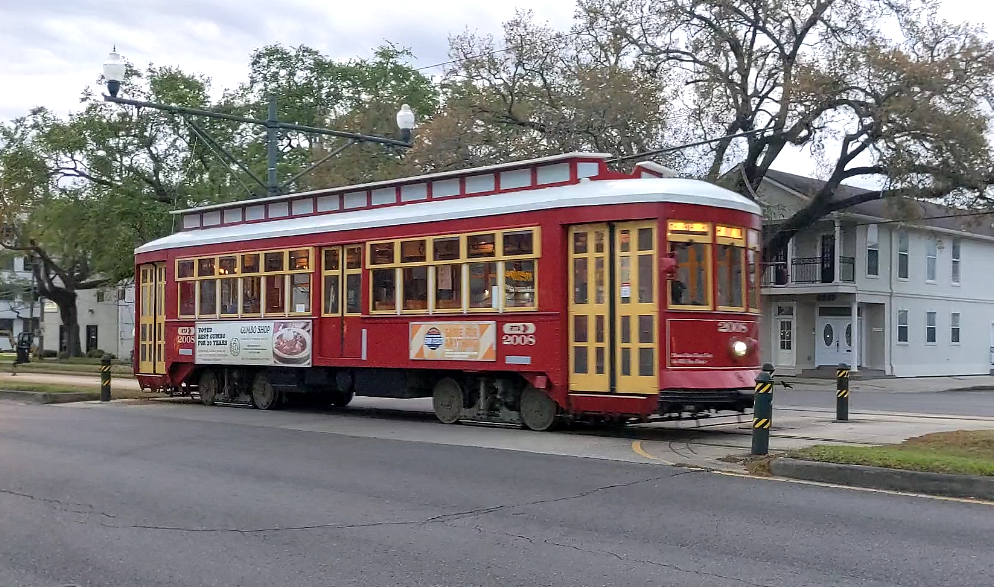 Canal streetcar mornings begin around 7am.

Early morning outbound and inbound on the Canal Street Line, 2-April-2022. The first streetcar, outbound, is actually the second car out of the barn. The Canal line cars leave the barn at Canal and S. White Streets, turn lakebound, and travel to the Cemeteries terminal. The first streetcar of the morning already did this when I pulled up at Blue Dot Donuts. That car is the second one in the video. The operator pulled out, headed to Cemeteries, and now is doing a full inbound run. You can see the “01” on the right-side rollboard on this second car, 2023. That indicates it was the first one on the line this morning. 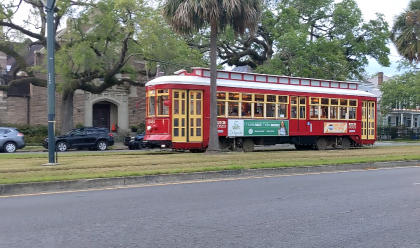 There’s a couple of reasons NORTA operates Canal in this mode. First, it’s easier to come out of the barn and make a simple right turn. The car barn is behind the A. Phillip Randolph bus facility, the big building you see on Canal Street. This used to be the location of the original New Orleans City Railroad barn. That building, parts of which were from the 1860s, was demolished in the 90s. When streetcars returned in 2004, NORTA built a new streetcar barn. It’s big enough to hold all the red and green streetcars. So, Carrollton Station, up on Willow Street, is just a maintenance facility. The 2000-series Von Dullen streetcars always operated from this barn. The Rail Department performs minor repairs on the cars on Canal. The streetcars return Uptown for major repairs, maintenance, painting, etc.

The second reason the streetcars go up to Cemeteries first is that it gives the operator a chance to shake the car down before they go to work. If there’s a problem, they can turn around and go back to the barn.

NORTA operates a limited schedule this weekend, because of the NCAA Final Four.