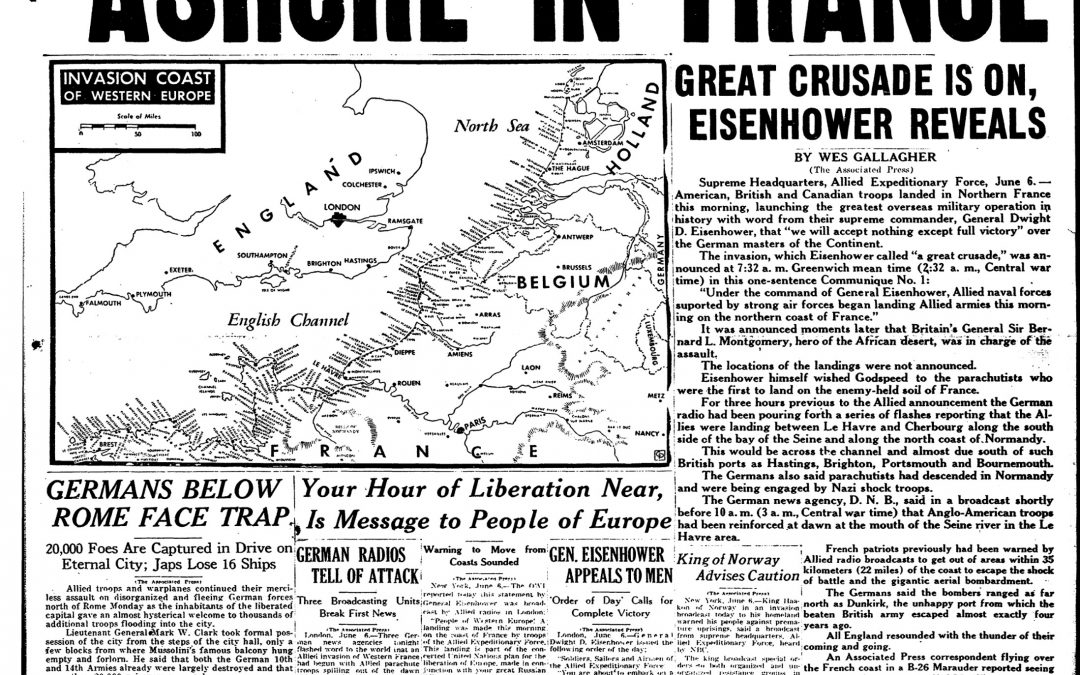 D-Day in Da Paper greeted New Orleans on the morning of the invasion. 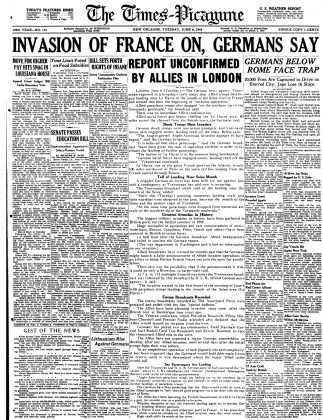 When New Orleans woke up on June 6, 1944, the Times-Picayune headline reported German accounts that the invasion was underway. Those reports were unconfirmed by Eisenhower’s HQ in London. Most of the reporting reflects the basic strategy. Analysts in the US spoke in general terms, mainly because they didn’t know exactly what was happening. The conventional wisdom in 1944 was that the Allies would take the shortest trip across the English Channel, Dover to Pas-de-Calais in France. The initial accounts report Allied bombing in and around Le Harve. The initial airborne drops in Normandy were considered staging for other operations:

“Anglo American parachute troops are bailing out on the northern tip of the Normandy peninsula to capture several airfields in order to make room for further landings of parachute troops.”

So, this reflected the German belief (specifically, Rommel’s belief) that the Normandy operations were a feint, or support for the full invasion at Calais. Not sure exactly what was happening, Rommel hesitated on moving into Normandy:

In an amphibious operation of such a gigantic size and complexity, it has been expected that the Germans would hold their main forces in reserve until it was determined where the major Allied strike would fall. 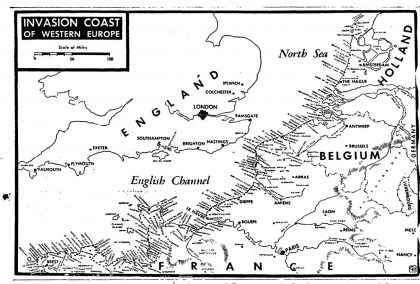 Later in the day, when official news arrived across the Atlantic, Da Paper published an eight-page EXTRA with a lot more detail. While the morning edition reported the German’s announcements, updates came in as New Orleans had its morning coffee:

The invasion, which Eisenhower called “a great crusade” was announced at 7:32 a. m. Greenwich mean time. This was 2:32 a. m. Central war time in New Orleans. They labeled the first announcement Communique No. 1.

“Under the command of General Eisenhower, Allied Naval Forces supported by strong air forces began landing Allied armies this morning on the northern coast of France.”

The EXTRA also published Ike’s Order of the Day, addressing the forces under his command. 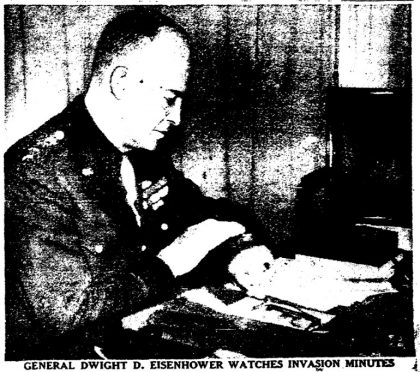 It’s important to remember that most of the iconic images from 5-6 June, 1944, didn’t appear in newspapers for quite some time. The T-P printed a photo of Ike at his desk, a fairly benign photo. We wouldn’t see him having a smoke with Airborne troops, etc, until much later.

Be sure to see the whole story at the National World War II Museum.