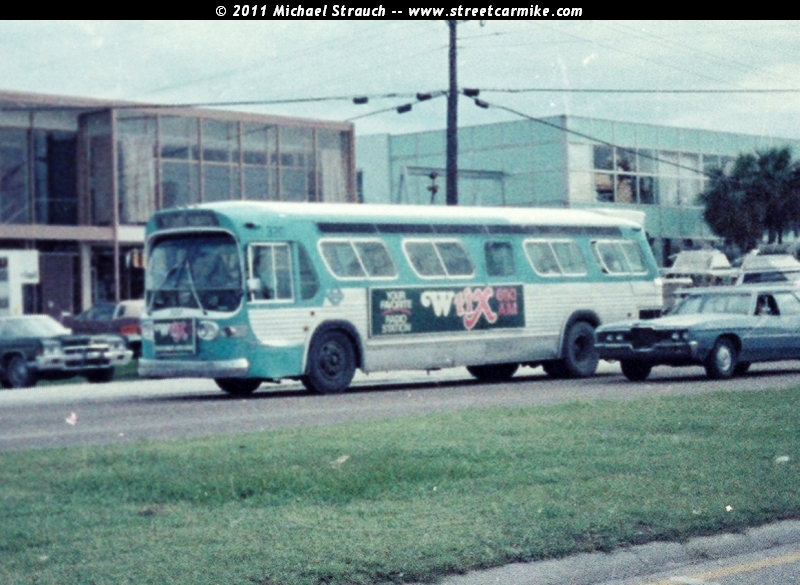 My Veterans Bus memories go back over fifty years. 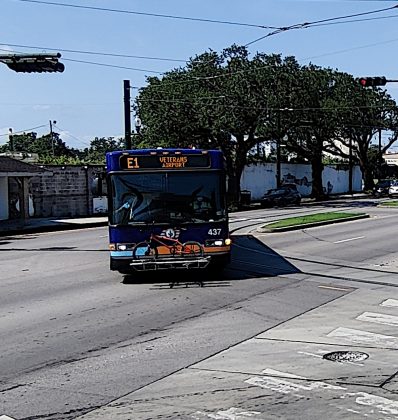 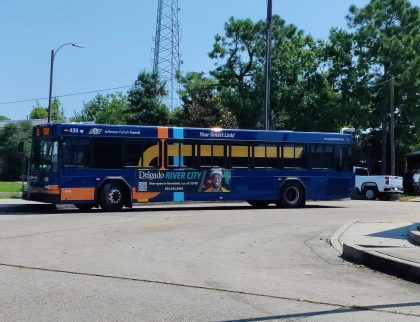 Old and new photos of buses operating on the Veterans Blvd. line. The line, originally operated by Louisiana Transit Company, now Jefferson Transit (JeT), originally ran from Canal Blvd. and City Park Avenue, out to Veterans Blvd. and Loyola Avenue in Kenner. The photos from the 1970s (courtesy of Mike Strauch, the man behind streetcarmike.com) are of General Motors “New Looks” buses operated by Louisiana Transit in the 70s. The newer buses are from 16-August-2022, shot at the Cemeteries Transit Terminal. The Veterans line (now known as the “E1” line services the “new” terminal at Louis Armstrong New Orleans International Airport (MSY). 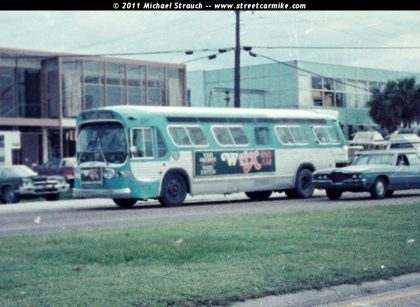 When I attended Brother Martin High School in the mid-1970s, I had two basic options for getting home in the afternoon. One was to take either the then-NOPSI Broad or Carrollton bus lines to Canal Street, transfer to one of the outbound Canal lines, then catch the Veterans line at City Park Avenue. The other option was the “Lakeview” run. We’d take the then-NOPSI Cartier Line, which ran on Mirabeau to Spanish Fort, then transfer to the Canal (Lake Vista via Canal Blvd) line heading inbound. When that bus got to Canal Blvd, we’d transfer to the Canal (Lakeshore via Pontchartrain Blvd) line, and ride that to Pontchartrain and Veterans Boulevards. Then out to Metairie on the Veterans. The buses were GM “New Looks,” and occasionally, the air conditioning actually worked.

Map of the Veterans E1 line, via JeT.

Da Airport’s “new” terminal opened in 2019. That changed access to the airport dramatically. Instead of approaching the original terminal from Airline Drive (US 61), flyers exit I-10 at Loyola Avenue, cross Veterans Blvd, and enter the terminal from there. So, instead of the old “Airport Express” and “Kenner Local” bus lines, access to the airport via public transit is by the E1 – Veterans (Airport) line. The E1 now goes all the way into the CBD, on Canal Street. It picks up passengers at limited stops along Canal. When the line reaches the end of Canal, at City Park Avenue, it returns to its traditional route. The line enters I-10 at City Park Avenue, then immediately exits at West End Blvd. It runs onto Veterans Blvd, where it heads west to Loyola Ave. The E1 then turns into the airport. It terminates at the airport and returns for the inbound trip. While there is no “express” service to the airport, the price ($2 one way from the CBD) is right. 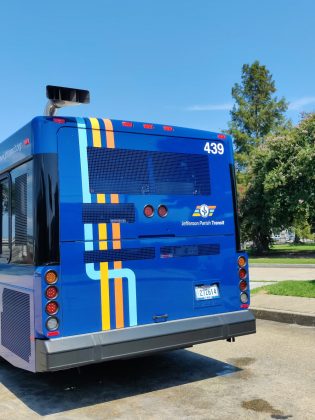 Rear view of JeT E1 bus. at the Cemeteries Terminal.

Jefferson Transit (JeT) was created in 1982. Prior to that, Louisiana Transit operated buses on the East Bank, and Westside Transit on the West Bank. When the state created the New Orleans Regional Transit Authority in 1984 to assume operations of transit lines in Orleans Parish, Jefferson Parish chose to operate buses in the suburbs independently. (The City of Kenner did join NORTA at that time). JeT purchased buses from the two legacy companies and contracted with them to operate the lines. In 2006, JeT consolidated operations under a single contract, awarded to Veolia Transportation, Inc. They assumed control of operations in 2008.