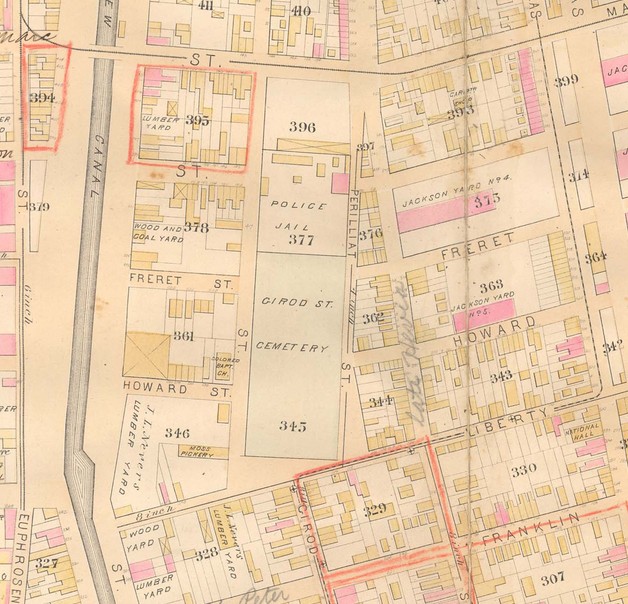 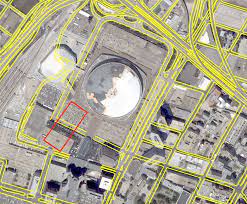 Map of the area around Caesar’s Superdome. The red rectangle shows the outline of Girod Street Cemetery. 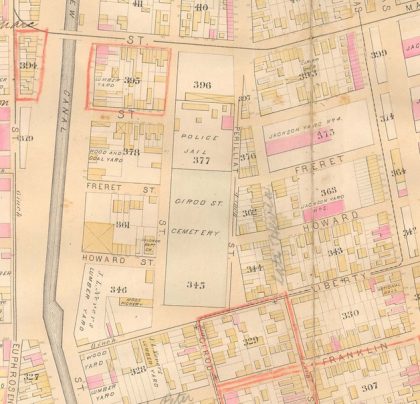 Portion of the Robinson Atlas of 1883 showing Girod Street Cemetery

As we approach Halloween, fans of the New Orleans Saints often return to the topic of the Superdome and the Cemetery. While much research exists on the boundaries of Girod Street Cemetery and the Superdome, the curse theory always returns. The talk always gets serious when the Saints aren’t playing well.

We’ve discussed this before and in detail: Girod Cemetery isn’t under Da Dome. Still, folks find remains in the vicinity of the stadium that are outside the perimeter of the cemetery. This happens all over the city, and there are reasons for burials outside established cemeteries.

Indigenous burial mounds in the city come as no surprise. The native tribes were here before the colonizers, after all. Most of these mounds stand on high ground. When the New Orleans Regional Transit Authority discovered human remains near Canal Blvd. and City Park Avenue as part of bus/streetcar terminal construction, it made sense. The area is on the Metairie Ridge. It’s high ground. Since cemeteries surround the intersection, those remains were a combination of indigenous people and colonizers.

It takes years for government to green-light cemetery construction. While the wrangling takes place, families often buried loved ones in the general vicinity of the proposed site. It’s not like they could wait for things to shake out, after all. So, figuring close was better than not, they did what they felt they had to do.

Section of the Robinson Atlas of 1883 showing St. Louis Cemetery No. 2, along Claiborne Avenue in Faubourg Treme

Even after a cemetery opened for business, people often couldn’t afford the price of a plot, much less an above-ground tomb. The same thinking as initial disorganization applied. Let’s get the departed close. A walk through the cemetery connected those still living with the dead, even if they couldn’t put flowers on a grave.

When a cemetery falls into disrepair, things get messy. This was the case with Girod Street. The chapter of Christ Episcopal did not adequately prepare for long-term maintenance of the cemetery. By the 1950s, the cemetery was in ruins. Grave robbers discarded coffins and remains all over the cemetery, in search of valuables. Naturally some of the remains ended up outside the cemetery walls.

This is also a complicated subject. It was important to Christians that those buried in “holy ground” were free of serious sin. For example, if a spouse committed adultery, but did not seek forgiveness for the mortal sin, the family who owned the plot might refuse that person burial. A priest might refuse to preside over the rites of burial. Those close to the deceased were told to find someplace else. Another reason for exclusion from consecrated ground was suicide. Clergy and family would reject any connection to a person who took their own life.

In most of these cases, there were relatives who disagreed with this harsh treatment. While they were unable to get the departed inside the walls, they buried their loved one close by. Therefore, numerous reasons exist to explain remains outside the cemeteries.