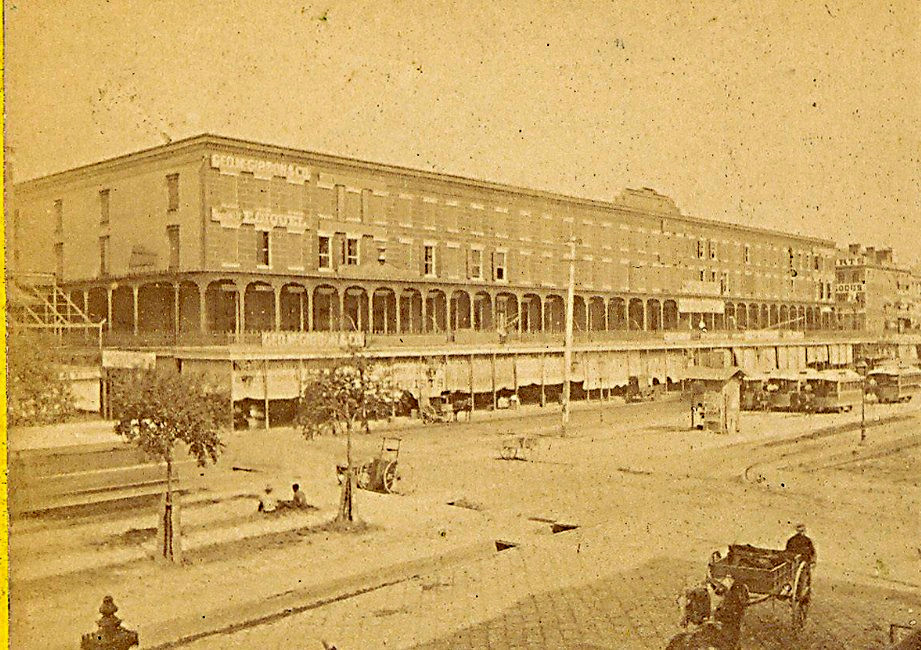 The story of Krauss Department Store has its roots in Leon Fellman’s origin story.

EDITOR’S NOTE: This is the first installment in a series on Leon Fellman, and his business operations in New Orleans. Fellman’s story directly ties to both his store, Sears, Roebuck in New Orleans, as well as Krauss and Maison Blanche Department Stores. Additional installments in this series will be patron-only. 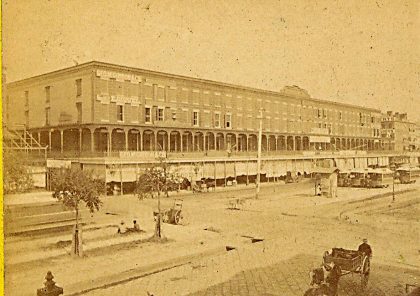 Lippman Feibelman was born in 1846, in Rülzheim,Germany. Rülzheim stands near the western border of the modern German Republic, in the state of Rhineland-Palatinate. Feibelman emigrated to the United States in 1864, following his older brother Bernard, to New Orleans. Like his brother, he anglicized his name, becoming Leon Fellman. Bernard, who came to New Orleans a couple of years earlier, helped his brother make business connections through their synagogue. They worked for a couple of Jewish-owned businesses in the city. It’s likely they worked for the Kaufman’s at some point. So many local Jewish merchants got their start there.

By 1873, the brothers saved enough money to open their own shop. They leased space in the Touro Buildings, in the 701 block of Canal Street. These buildings, built by businessman Judah Touro, were popular storefronts for a number of businesses. Bernard and Leon leased 133 Canal Street. Their shop was in the 701 block, but the city numbered addresses by house/business, rather than block. So, Fellman Brothers, was the one hundred thirty-third address on Canal Street, when starting from the river.

Ad for Fellman Brothers, 5-March-1833, in The Daily Picayune

Fellman Brothers were dry goods merchants, In an ad in the Daily Picayune newspaper on March 5, 1878, they declared, “We hereby tender a special invitation to strangers in our city, and the public in general, only to inspect the many novelties we are displaying, and that prices that will please the most economical buyer.”

By 1881, the brothers opened a second store in the Touro Buildings, at 129 Canal. Additionally, they retained 133 Canal, stocking it with ladies’ clothing. The store established a relationship with Red Star Shoes, which was just down Canal Street, at Exchange Alley. The Fellmans continued to regularly discount merchandise and slash prices. So, many considered their business practices ruthless. They continued in this manner, creating tension between the brothers and the larger Jewish community in the city. While the store enjoyed financial success, their standing in the community diminished.

In 1888, Leon tried to convince Bernard to move Fellman Brothers to the Mercier Building, in the 901 block of Canal Street, corner Dauphine. While the Touro Buildings were solid, the Mercier Building was newer. It stood on the location of Christ Episcopal Church. The church’s chapter auctioned off the corner in 1884. The Merciers bought it, demolished the church, and built a large retail building. The Fellmans split up. They dissolved Fellman Brothers and closed the original store at 133 Canal. Bernard continued at 129 (now 727) Canal as B. Fellman Dry Goods. Leon opened Leon Fellman and Company at 901 Canal Street.

This is a 1880 photo taken by George Francois Mungier. He worked for S. T. Blessing at the time. Blessing operated a portrait studio at 87 Canal. So, Blessing also sold stereo photo cards. This photo was No. 549 in Blessing’s New Orleans series.