Siemens Chargers on the City #TrainThursday 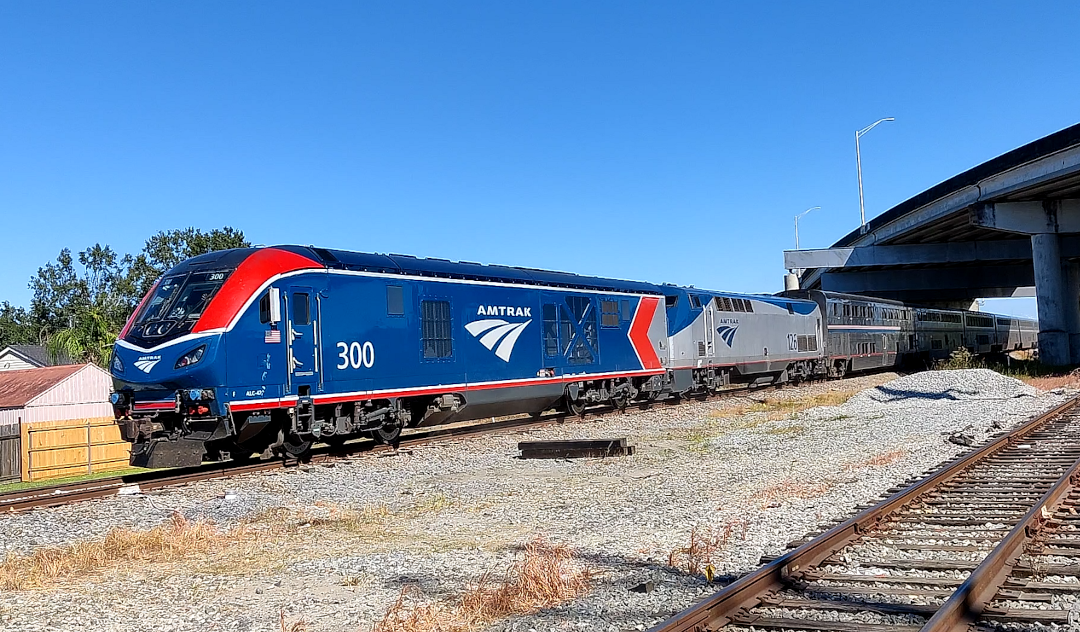 Siemens Chargers on the City of New Orleans, departing NOL. 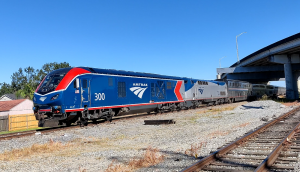 ALC-42, Siemens Chargers, operate now on Amtrak’s City of New Orleans route. AMTK 300 and AMTK126 pull the City out of Union Passenger Terminal, New Orleans, 19-October-2022. The blue-liveried Charger has the lead. While the City usually operates with a single engine, AMTK 126, an older General Electric P42DC “Genesis” engine, deadheads on the northern route. Illinois Central operated the City of New Orleans from 1947 to 1971. IC’s primary train from Chicago to New Orleans was the all-sleeper, Panama Limited. So, they added the City as a lower-cost alternative. Amtrak took the route over in 1971.

The two engines pull seven Superliner cars: 2 sleepers, 1 lounge car, and 4 coaches. The Superliners are double-decker passenger cars. Amtrak uses them outside the Northeast Corridor. Trains going to the NEC use single-level “Viewliner” equipment. While the City operated with a diner car prior to the pandemic, it continues to only offer snack bar service in the lounge car. Passengers order from the snack bar via the Amtrak phone app. They pick up their food and return to their seat or compartment.

Additionally, a Viewliner (single-level) car brings up the rear of #58 here. “American View” operates as an “inspection car.” This train pulls it up the former Illinois Central (now Canadian National) route to Chicago. More on American View in an upcoming post.

Amtrak’s City of New Orleans #59 19-October-2022, fifteen minutes from arrival at Union Passenger Terminal, New Orleans (NOL). The train, pulled by Siemens Charger AMTK 312, approaches Central Avenue in Jefferson, Louisiana, with one sleeper, one lounge, and five coaches, all Superliners. This is the southbound train. It departed Chicago the day before. The two trains, 58 and 59, meet each other just outside of town. When things run on schedule, it’s easy to wait a bit after 58 to catch 59.