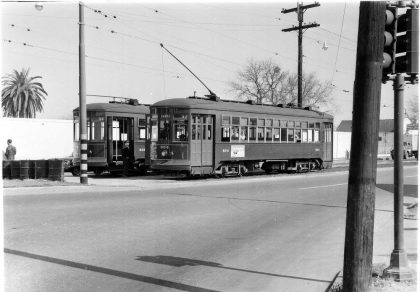 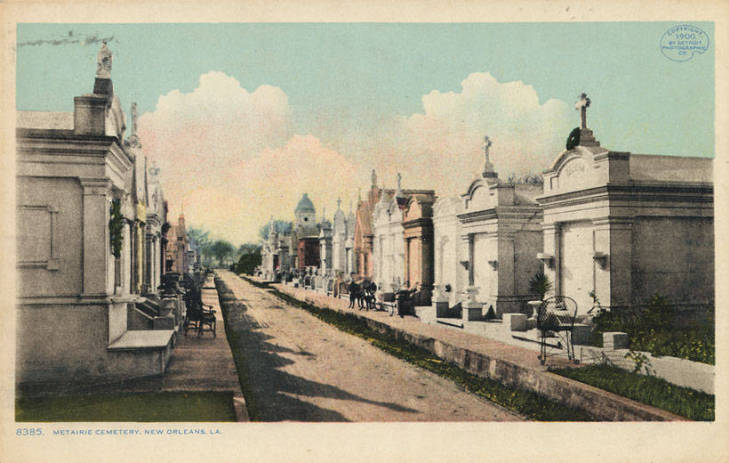 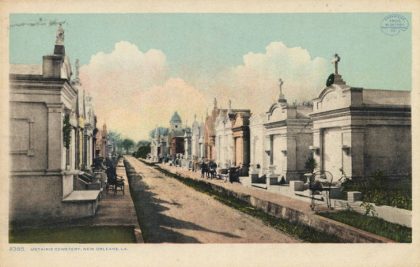 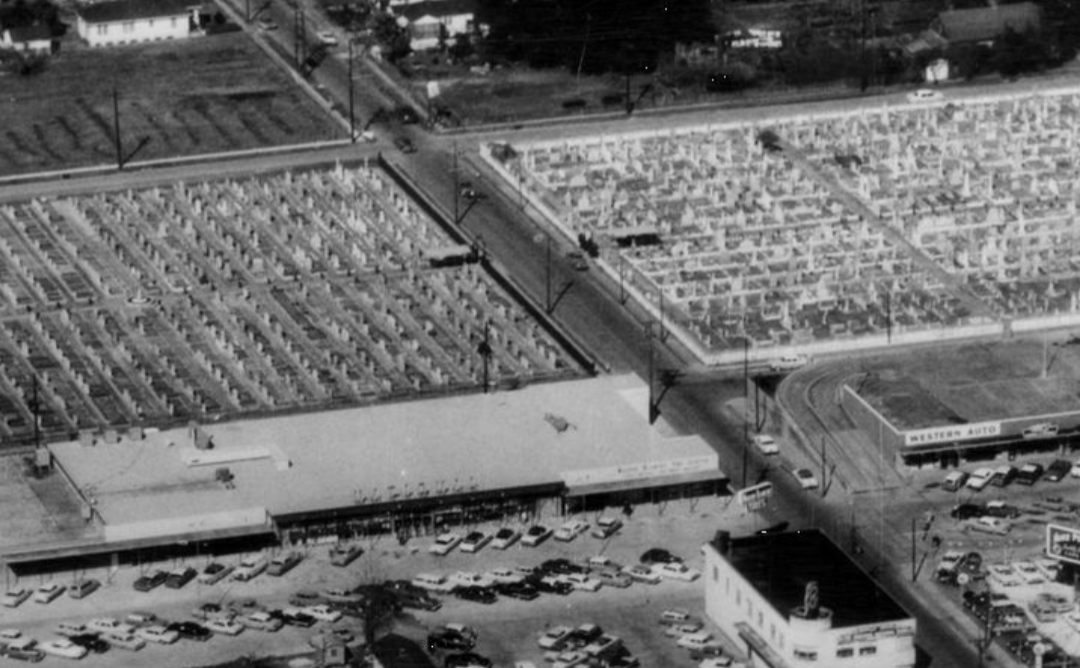 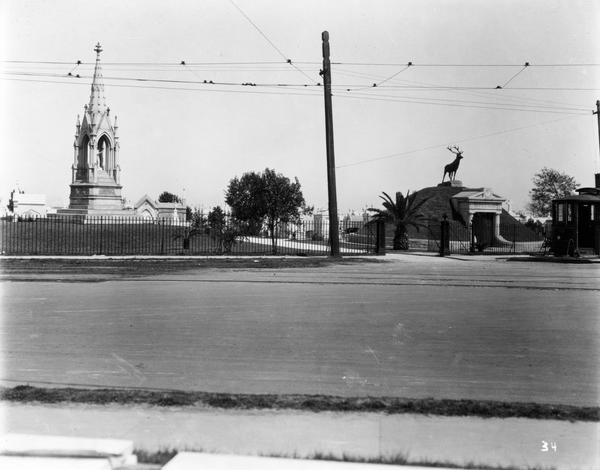 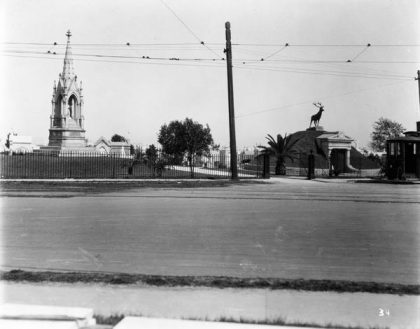 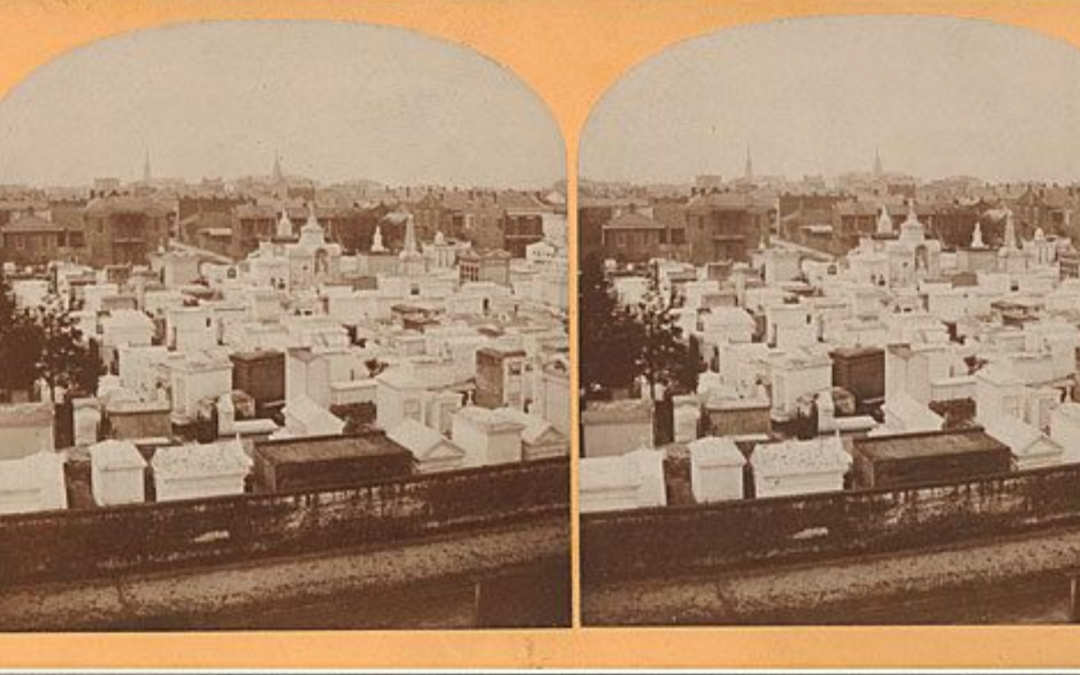 St. Louis Cemetery stereograph Grant Rowles, an amateur photographer and collector, amassed this impressive collection of 389 stereograph photographs. This collection of vintage albumen prints of New Orleans and Louisiana date from mid 1860s to the early 20th century from 1880. 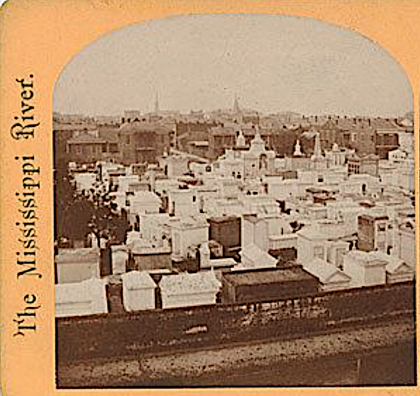 Photo of St. Louis Cemetery No. 1, located on Basin Street in Faubourg Treme. The perspective is from the Basin Street side of the cemetery, looking towards the lake. The cemetery opened in 1789. The Spanish Colonial government agreed with the church that the city’s original cemetery was at capacity. That cemetery, St. Peter’s, was located inside the French Quarter. The church purchased land just north of the Quarter, built the cemetery, then later built a mortuary chapel a block away.

This St. Louis Cemetery stereograph shows the mix of individual/family tombs and “society” mausoleums. While many families purchased plots and built tombs, many New Orleanians lacked the means to bury their loved ones. So, they pooled their resources by forming “benevolent societies.” The oldest “society” tomb in St. Louis No. 1 is for the Orleans Artillery, one of the units that defended the city at Chalmette in 1815.

The New Orleans Italian Mutual Benevolent Society mausoleum is visible towards the back of the cemetery. This is the largest structure in the cemetery. Pietro Gualdi designed the mausoleum. Construction crews completed it in 1857. Like most burial societies, members buried their family members in these tombs for a much lower cost than required to buy a ‘single” or “double” tomb.

The stereograph format displayed here reached its peak popularity in the 1880s-1890s. Publishers printed photos twice, on a small card. The stereograph user placed the card in a viewer that featured magnifying glasses for each eye. When the user held the viewer up to their face, the placement of the photos created a 3D effect. This “stereo” feature enabled users to “travel” to interesting locals like New Orleans. They imagined themselves in the scene. Additionally, once the user owned the viewer, they could subscribe to various photo packages, delivered by mail.

This particular stereograph is part of a set from an unknown publisher. It came to the Louisiana State Museum as part of the Rowles Stereograph Collection. So, Grant Rowles was an amateur photographer who also collected stereographs, as LSM explains:

Grant Rowles, an amateur photographer and collector, amassed this impressive collection of 389 stereograph photographs. This collection of vintage albumen prints of New Orleans and Louisiana date from mid 1860s to the early 20th century

It’s interesting that the original collection titled this photo as of the “French Cemetery.” In the context of how various ethnic groups in the city built their own cemeteries (St. Louis cemeteries for the French, St. Patrick’s for the Irish, etc.), this is accurate. So, in true New Orleans fashion, an Italian tomb dominates the “French Cemetery.” 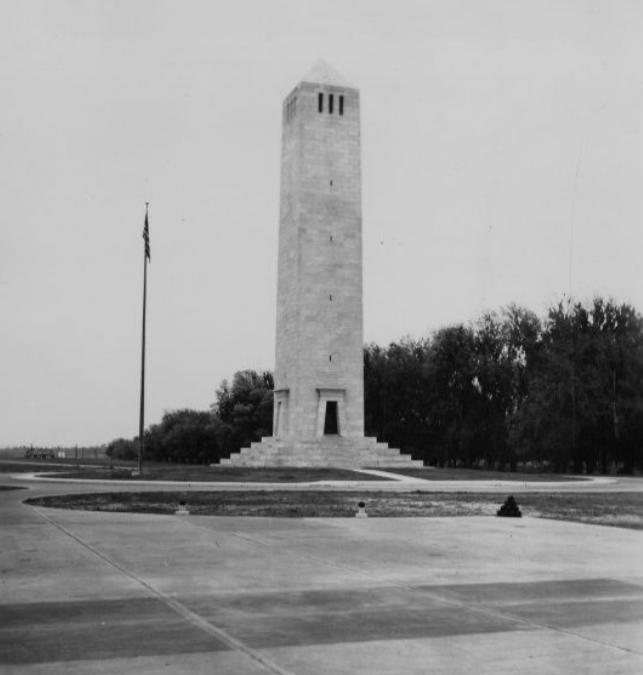 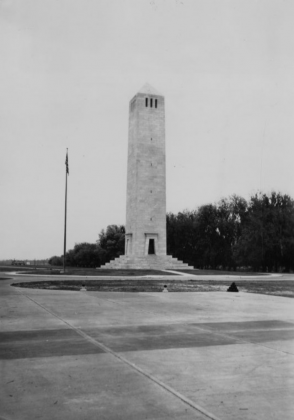