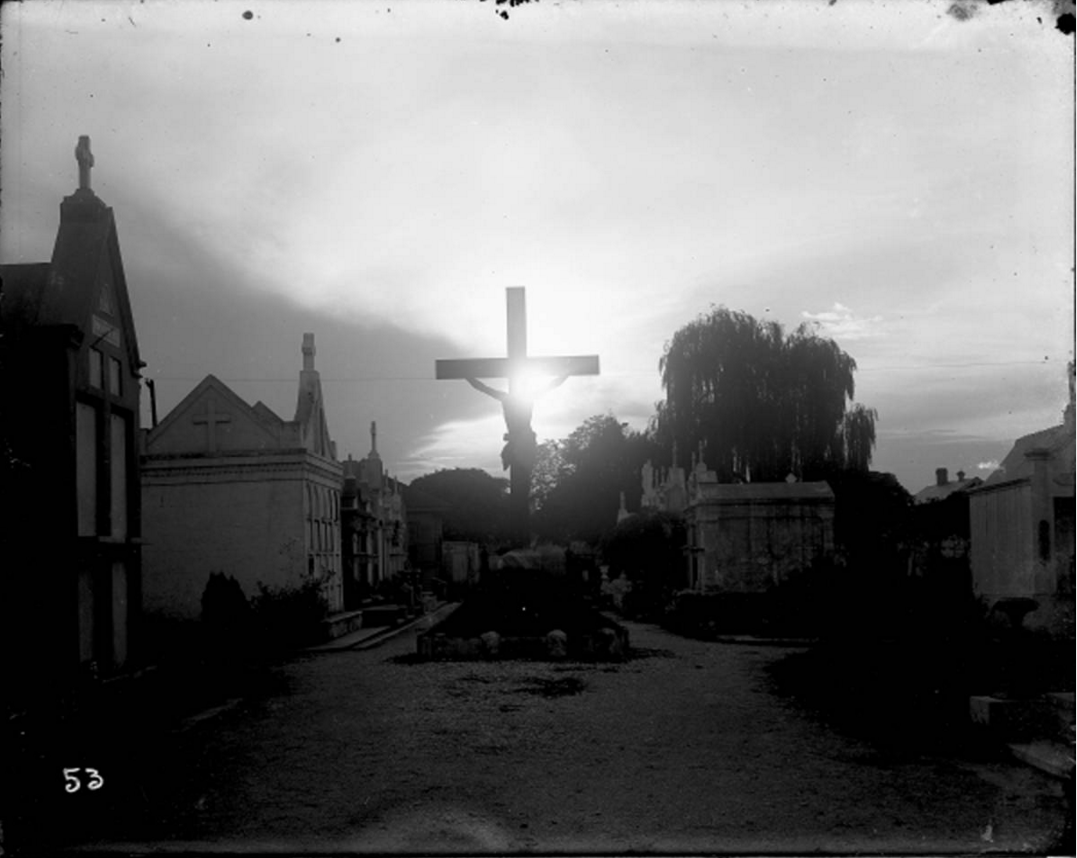 Easter Sunday in St. Roch Cemetery in the 9th Ward 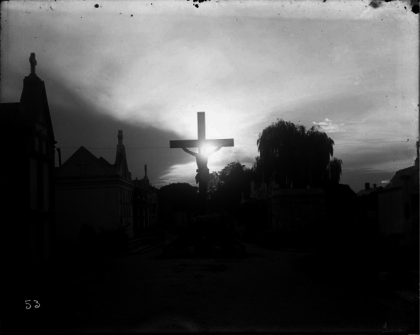 The sun rising over St. Roch Cemetery in the 9th Ward, in this lovely photograph from Frank B. Moore. The cemetery, located on St. Roch Avenue in the Upper 9th Ward, was constructed in 1874. It is, along with Our Lady Star of the Sea Catholic Church, the anchor of this particular section of the “Upper Nine”.

Here is the bio on Moore from the University of New Orleans Earl K. Long Library:

Frank B. Moore (1869-1957) was a commercial photographer in New Orleans from 1896 until his death on January 21, 1957. Born in Sauk Center, Minnesota, Moore learned his trade in Milwaukee working with the noted photographer Simon Leonard Stein. He had various studios during his sixty-seven year career in New Orleans, including 1008 Canal St. (1896-99), 147 Baronne St. (1900-02), 1001 St. Charles Ave. (1903-06), 1700 St. Charles Ave. (1907-14); 114 ½ Baronne (1915-20); and 1317 Tulane Ae. (1923-58). For a brief time in the mid-920s he also managed a film studio called “Crescent Comedies.” Moore married Elizabeth (Bessie) Meade, sister of British artist Sir Arthur Meade, and they had two children: Frank B. (Sonny) Moore, Jr., and Gladys Renya Moore. At various times the whole family was involved in the business. Bessie worked before their marriage as a “retoucher”, as president and secretary of the business after they married, and photographer after her husband retired. Frank, Jr., worked as a photographer for a time in the 1930s, while Gladys served as a frequent model for her father, winning many beauty contests in the 1920s, including “Miss New Orleans” in 1926. After Bessie retired, Gladys Moore continued the business until 1972.

If you’re roaming the Bywater, perhaps stopped for lunch at St. Roch Market, St. Roch Campo Santo is just a short walk up the street. It’s worth exploring, to learn more about the neighborhood and the German community who founded it.