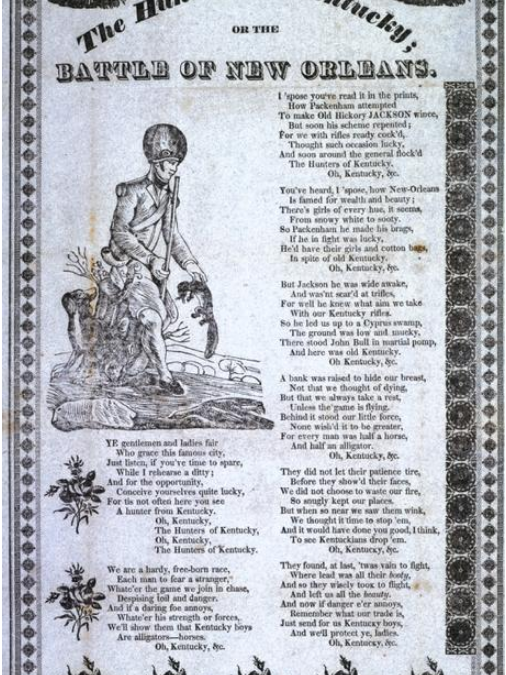 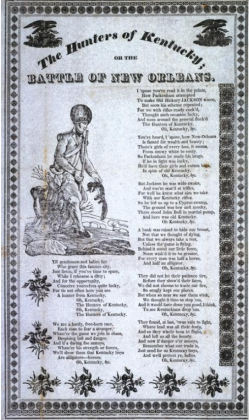 On the 9th of January in the year 1815, about one-quarter of the American forces at Chalmette originated from Kentucky. Major General Andrew Jackson led skirmishes and full-blown battles across the Gulf Coast during the War of 1812. While he enjoyed success during that campaign, the Battle of New Orleans was the big victory. The story, from the Kentucky point of view, became a poem and song in 1821.

Samuel Woodworth wrote poem. Noah M. Ludlow sang it in New Orleans in 1822. Jackson ran for President of the United States in 1824. His campaign used the song to tout his military career. Jackson’s campaign printed broadsides like this one to spread the story of the battle. While many in the 1820s claimed the poem was written in 1815, it’s more likely the date was 1821.

The Hunters of Kentucky is sung as a narrative. Performers sing Woodworth’s lyrics to the tune of the traditional Irish song, Ally Croker.

He ran for President in 1824. That’s the election where The Hunters of Kentucky played its first role as campaign prop. Jackson lost that election to John Quincy Adams. He failed to gain a majority of either the popular vote or the Electoral College. The election went to the House of Representatives, which chose Adams.

While The Hunters of Kentucky served is purpose in promoting Jackson, its accuracy is in dispute. The poem exaggerates the role of the Kentucky Riflemen. Artillery fire from the American line had a much more devastating effect on the British advances than the shooting of the riflemen. 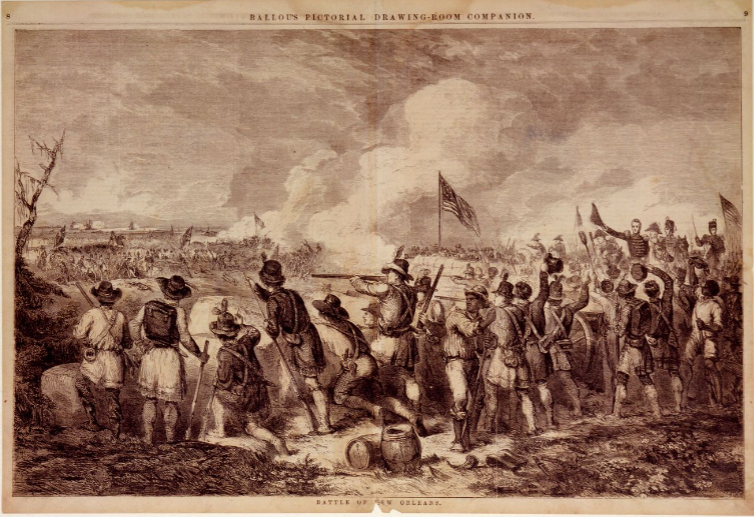 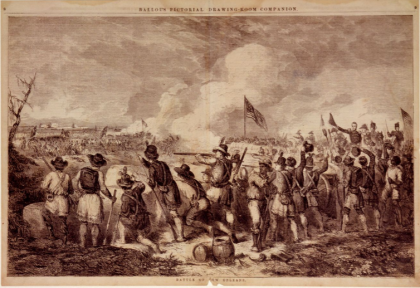 From Ballou’s Pictorial Drawing Room Companion comes this engraving of the Battle of New Orleans. While the battle happened on January 9, 1815, this drawing is likely from the mid-19th Century.

This illustrated magazine began as “Gleason’s Pictorial Drawing Room Companion” in 1851. Frederick Gleason founded the venture in 1851. Gleason sold his interest in the publication to Maturin Murray Ballou in 1855. Ballou re-named the magazine after himself when he took over. Ballou’s ceased publication in 1859. Since the page says “Ballou’s” at the top, Ballou Battle of New Orleans dates from 1855-1859.

Ballou Battle of New Orleans is attributed to John Andrews. This particular image is part of the Louisiana State Museum collection, from a presentation titled, “America at War.” LSM dates the image at “approximately 1815.” So, that means they thought it contemporary to the battle. Since the heading puts it at 1855ish, this may be from an article on the fortieth anniversary of the battle. Additionally, given that the one other entry in the Louisiana Digital Library from Andrews is from 1875, it’s not likely the drawing was done close to 1815.

The Wikipedia entry for Gleason’s/Ballou’s lists the following people as artists and authors:

Winslow Homer drew New Orleans chess legend Paul Morphy for the Pictorial, so that will make for an interesting rabbit hole.

The artist for this engraving placed themselves behind the left side of the American line on 9-Jan-1815. “Kaintocks,” the Kentucky Riflemen of song and story, observe the enemy advance on the left. Towards the middle, other riflemen engage, firing on the British. The wheel of a cannon is barely visible on the right side. Several black men are visible, center and right. Jackson sits atop his horse, waving his hat. The British line moves towards the Americans, background left.

So, this illustration requires further consideration. Off to the rabbit hole list it goes! 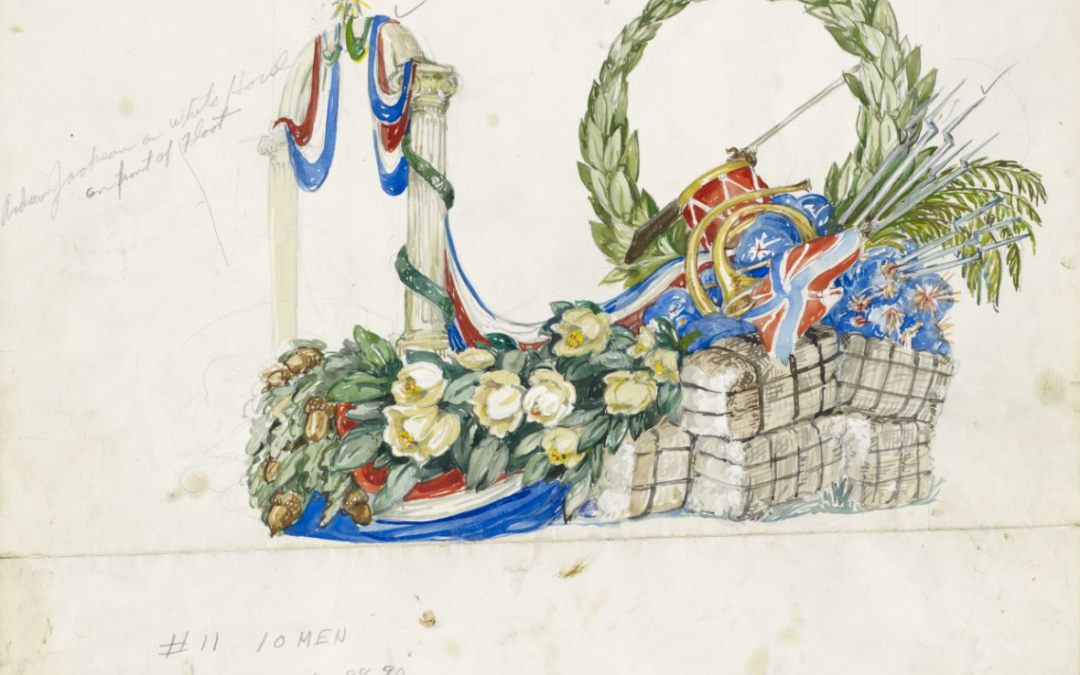 Comus 1968 presented “The History of New Orleans” as their theme. 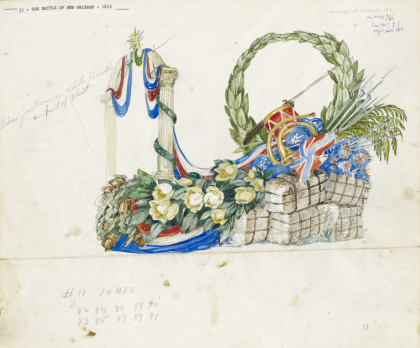 The Mystick Krewe of Comus presented quality parades with thoughtful themes. Comus 1968 offered “The History of New Orleans.” Naturally the Battle of New Orleans in 1815 earned its own float.

Comus first paraded in 1857. So, Comus 1968 rolled through Uptown New Orleans over a century later. While the krewe no longer parades, their heritage lives on in several other krewes. Comus declined to parade in 1991, because of the city’s “Mardi Gras Ordinance” targeting discrimination. While the krewe withdrew from public view, they eventually prevailed in court over the city.

A note in the top right of the drawing shows the title, “Triumph of Jackson, 1815.” Comus 1968 presents the battle from the perspective of memorial. While the actual battle was quite bloody, this design invokes reflection. A handwritten note on the left says, “Andrew Jackson on a white horse on front of float.” This may be a suggestion to the designer (who is not identified). That suggestion was likely rejected, since an equestrian image takes the parade-goer to Jackson Square. Comus 1968 challenged the crowd’s education.

So, instead of the general, Comus 1968 offers a triumphal arch, supported by two columns in the Ionic style. Live Oak branches with acorns, then white roses, flow out from the martial symbolism, to under the arch.

A musket sits on top of a military drum, inside a wreath of victory. Next to the drum is a hunting horn, symbolizing the transition from hunters, trappers, and farmers to soldiers defending their city. A further cluster of muskets with fixed bayonets protrudes from banners and flags.

The red flag of a British regiment is the most prominent of the banners. While the red-white-blue bunting gives the float a neutral take, the British flag actually looks more like a Beauregard flag from the Southern Rebellion. A classic regimental flag would have the Union Jack in the top left corner, rather than covering the flag.

The bales of cotton indicate the economic basis for Britain’s move on New Orleans.

The notes at the bottom shows this float was #11. It had ten men, five a side. Their positions overall in the lineup appear at the bottom. 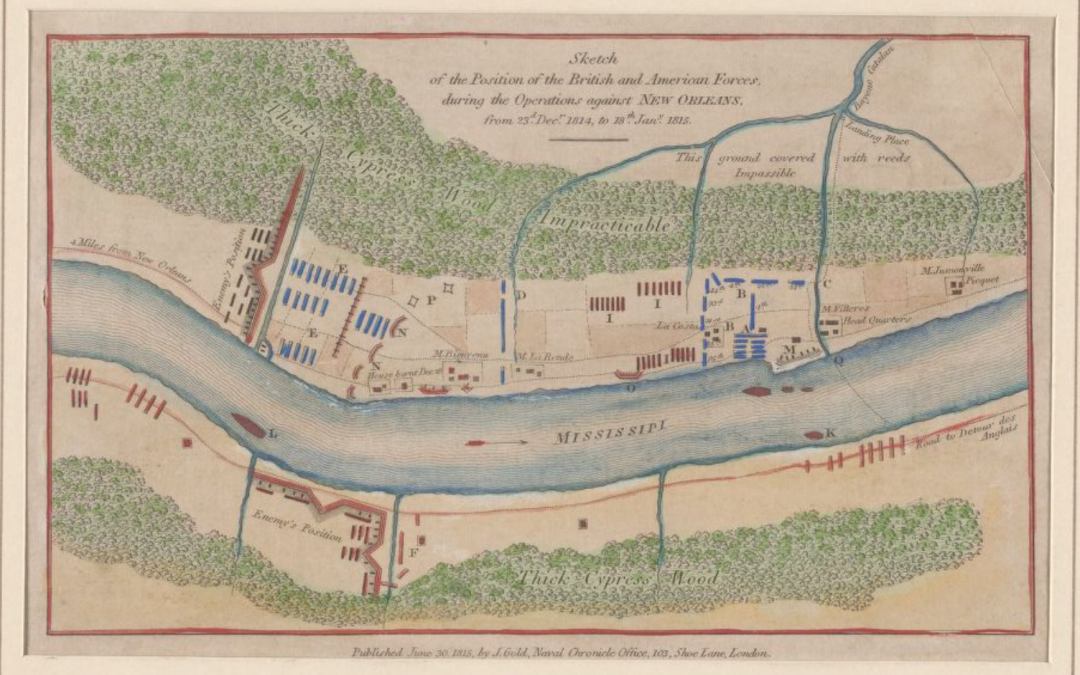 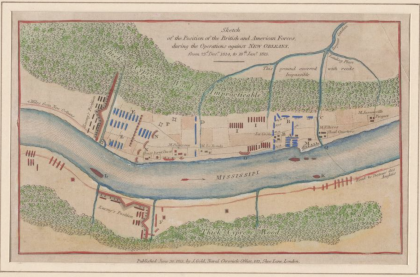 Much of the writing on the Battle of New Orleans focuses on the main conflict on 9-January-1815. How the combatants came together in Chalmette is a larger story.

This map, “Sketch of the Position of the British and American Forces during the Operations against New Orleans,” lays out the overall picture of the 25 days in St. Bernard Parish. So, after the Royal Navy cleared Lake Borgne, Vice-Admiral Cochrane approved Major General Lambert’s plan to land troops and move on New Orleans. They decided to move in from St. Bernard, rather than entering Lake Pontchartrain.

The makeshift squadron in Lake Borgne moved to Bayou Catalan (at the top of the sketch). Bayou Catalan is now known as Bayou Bienvenue. Troops rowed from their transports down the bayou. The troops disembarked where Bayou Catalan turned from north-south to east-west. Infantry and artillery marched along the Villere Canal. While there was a brief skirmish at the Villere Plantation main house, most of the American force positioned themselves closer to the city. Americans at Villere retreated in the direction of the city, connecting with forces around the De La Ronde Plantation.

While planning the attack, Cochrane declared that he would dine in New Orleans for Christmas. Major General Andrew Jackson, USA, complicated his plan. Jackson ordered troops forward from the De La Ronde plantation. They attacked the British on the night of 23-December. The skirmish delayed the British advance. Their forces bivouacked on the Villere Plantation. They awaited the arrival of the new army commander, Major General Sir Edward Pakenham. Pakenham took command on 25-December-1814. That delay cost the British dearly. While they re-grouped, Jackson gained time to finalize his defense. Had the British pressed forward, the epic battle of 9-January may not have happened. The Americans lacked artillery support and the gunners to man the cannons.

This sketch, available via the Louisiana Research Collection at Tulane, is dated 1815, but the illustrator is not credited. 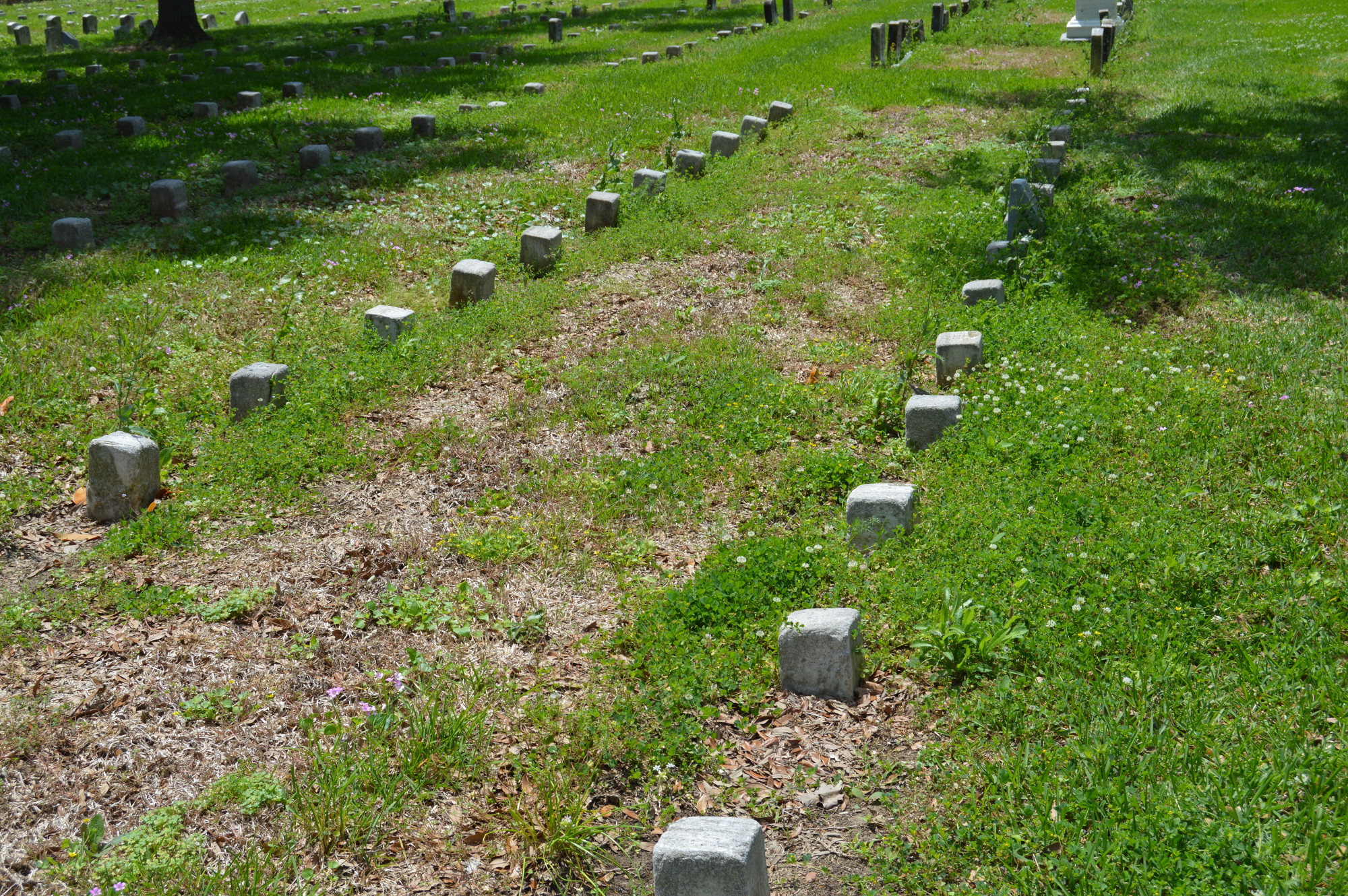 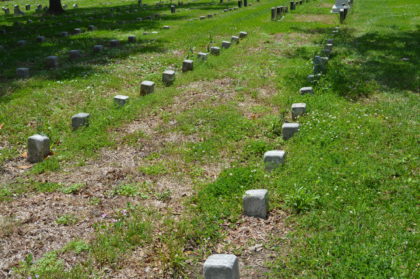 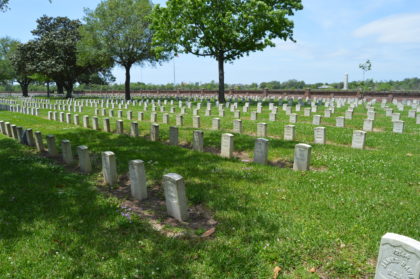