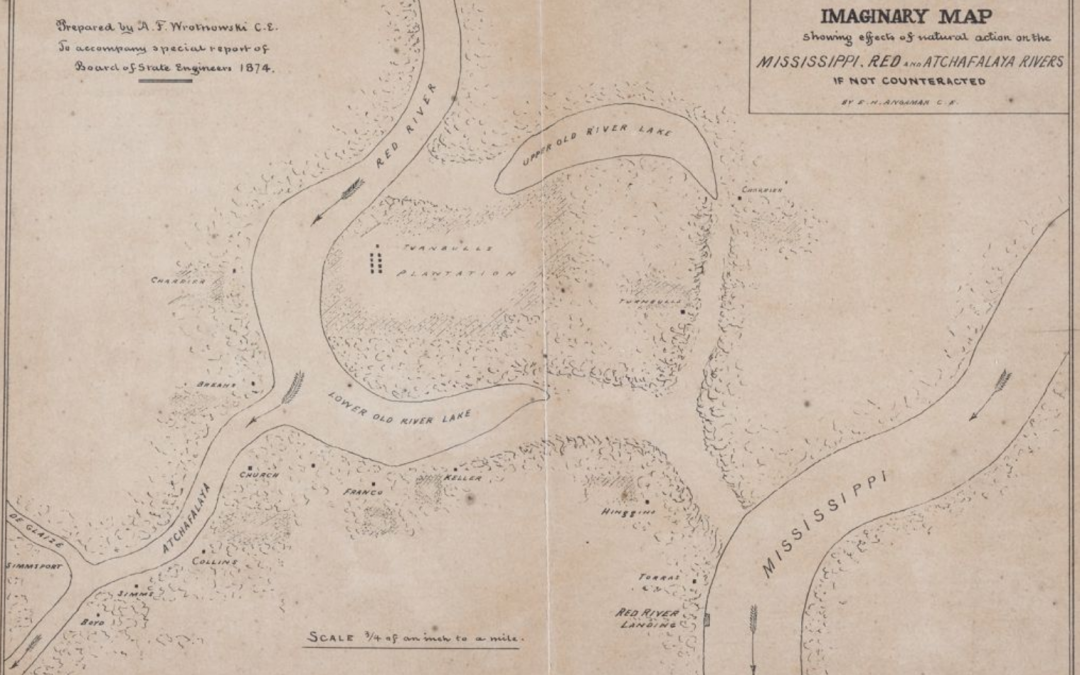 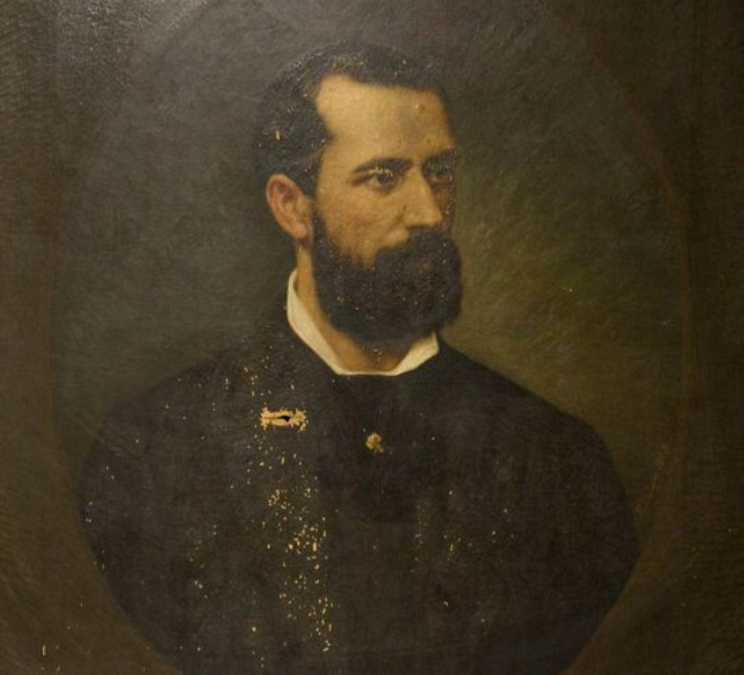 Louis A. Wiltz was the twenty-ninth governor of Louisiana. Louis A. Wiltz Louis A. Wiltz (January 21, 1843 – October 16, 1881), was a New Orleanian who served in a number of political roles in the city and at the state level. He descended from Spanish nobility, on his mother's side. His maternal grandfather served in the Spanish Army. At...
To view this content, you must be a member of Edward J Branley's Patreon at $1 or more 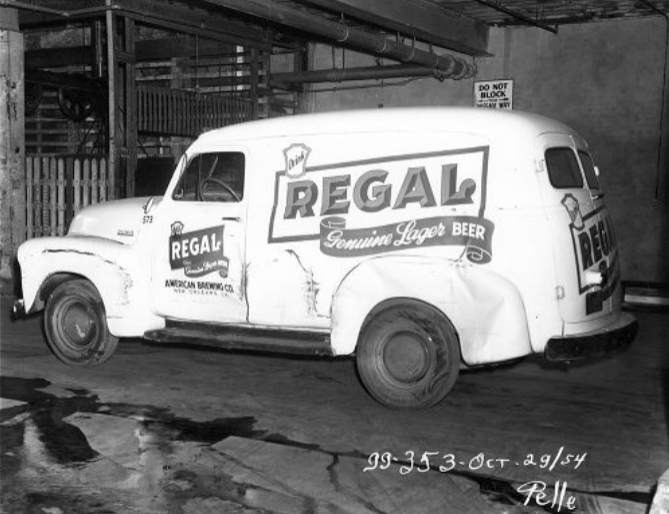 New Orleans brewing dates back to the earliest German families in the city.

ED note: This article originally appeared at GoNOLA.com in 2012. Updated with different images and some additional history. 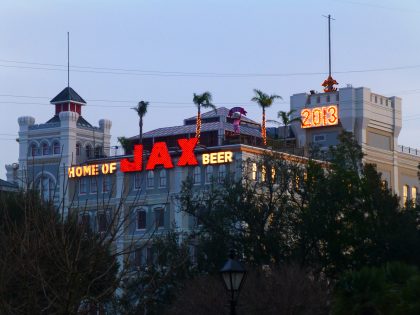 The German celebration of Oktoberfest is defined by beer. New Orleans has enjoyed a long love affair with beer, chiefly in part because New Orleans has had a strong German community since the 1700s. Those German families built up a strong local beer industry, laying the foundation for today’s excellent local New Orleans brewpubs and craft beers resulting in serious Oktoberfestivities.

Germans have lived in New Orleans and Southeast Louisiana since the 1720s, since the days of John Law’s Mississippi Company. The biggest influx of Germans into New Orleans took place in the 1850s, the result of the turmoil of the mid-late 1840s in Continental Europe. By the late 1850s, the Germans were a strong force in the community, with their own church in the Irish Channel that rivaled the one the Irish built across the street. 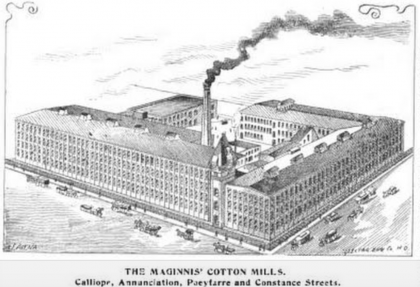 Maginnis Cotton Mills, originally the Fasnacht Brewery. Illustration in New Orleans, the Crescent City, as it Appears in the Year 1895.

The first commercial brewery in New Orleans was opened in 1852 by Louis Fasnacht. Fasnacht and his brother, Samuel, came to New Orleans from Switzerland in 1846. They bought the Poeyfarre’ family home, located at Constance and Poeyfarre’ streets, and built their brewery next to it. The Fasnacht brewery did not survive the Southern Rebellion’s tight economic times. The brothers sold the brewery in 1869. The location became Erath and Company Brewery. The Fasnachts re-acquired the brewery in 1872. They closed for good in 1875. The site became the A. A. Maginnis Cotton Mill in 1882. The building is now the Cotton Mill Apartments.

The re-opening of the port after the rebels surrendered the city encouraged others to open breweries, most notably George Merz, in 1869. Merz brewed lager beer. Lagers require cooling. Purchasing ice from Maine boosted the price of Merz’s beer. He operated the Old Canal Brewery in the block bounded by Villere, Toulouse, Robertson & St. Louis. (“Old Canal” refers to the Carondelet Canal, built in 1795.)
Brewing lager made Merz an innovator as well as a brewmeister. He acquired an air compression system built by a Frenchman, Charles Tellier, to improve cooling in his plant. Merz hired a local engineer, F. V. De Coppet, to install it. The Merz brewery became the first with air-conditioning with this installation. Tellier’s system ultimately did not work out as A/C, but De Coppet modified it as an ice-making machine, acquiring several patents for his work.

Brewing continued to grow in the 1870s, and by 1880s, New Orleans became the largest beer-making city in the South. Merz’s Old Canal Brewery, Southern Brewing Company, Crescent City Brewing, Weckerling Brewery, Pelican Brewery, Lafayette Brewing, and Louisiana Brewery all distributed their beverages regionally. Steamboats heading up the Mississippi River and sailing ships connecting ports along the Gulf and Atlantic coasts spread the popularity of New Orleans beer. As part of the cycle of business growth, the industry eventually grew to the point where it was ripe for acquisition. To avoid acquisition by a syndicate of Englishmen, the German brewers merged their operations into the New Orleans Brewing Company, basing their operations at the Louisiana Brewery plant at Jackson Avenue and Tchoupitoulas Street, Uptown, and the Weckerling plant, located at what is now the Louisiana Pavillion of the National World War II Museum, in the Warehouse District. 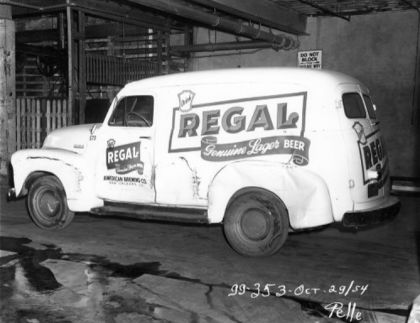 The American Brewing Company opened in 1891. American acquired an old winery on Bourbon Street, between Bienville and Conti Streets. They brewed “Regal” beer. The name is “Lager” backwards! American brewed Regal until 1962.

In 1891, a group of investors opened a brewery across from Jackson Square in the French Quarter. They named their company after the famous general whose statue dominated the square. By the late 1890s, restaurateur Lawrence Fabacher acquired the Jackson Brewing Company. The company purchased the “JAX” beer name from a company in Jacksonville, Florida, in 1956. The facility closed in 1974, to be resurrected as a specialty shopping center in 1984. 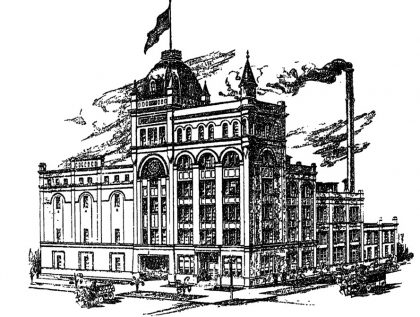 In 1907, Merz’ son, Valentine, built the brewery at 2401 Tulane Avenue, and the family began to brand their product “Dixie Beer.” Dixie grew in popularity, becoming a top-seller prior to Prohibition. The beer regained its position as one of the city’s popular brands when the 18th Amendment was repealed. In 1982, Coy International acquired the brewery. They sold it to Joe and Kendra Elliot Bruno in 1985. The Brunos filed for Chapter 11 protection in 1989, coming out of reorganization in 1992. Dixie added other beers, including Blackened Voodoo and Crimson Voodoo. The plant was severely damaged during the Federal Flooding of 2005. The Tulane Avenue location never re-opened, and the Dixie brand was farmed out to a Wisconsin producer.

The iconic Tulane Avenue location merged into the new Veterans Administration hospital, in Mid-City’s medical complex. In 2017, Tom and Gayle Benson acquired the Dixie brand from the Brunos. Tom Benson died in 2017. Gayle Benson opened a new brewery for Dixie in 2018. On 26-June-2020, Benson announced re-branding of her beer. The brewery will drop the “Dixie” name.

The German community recognized the need to control the distribution and retail aspects of the beer business, so they opened up a number of restaurants and bars across the city, outlets that would in turn sell their beer. This synergy of manufacturing and retail continued to grow through the end of the 19th Century and into the 20th, but hit a brick wall with the passage of the 18th Amendment to the Constitution in 1920. Most of the small breweries were unable to survive Prohibition, so the industry was quite changed until it could resume legal production in 1933. St. Louis-based Falstaff moved into the New Orleans market with its acquisition of National Brewing in 1936. 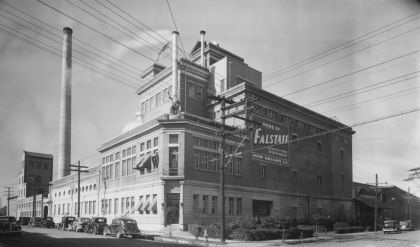 By the 1950s, the incredible diversity of the industry prior to Prohibition was reduced to four brands: Falstaff, Regal, Dixie, and JAX, controlling 80% of the New Orleans market. As the Interstate Highway system expanded, it became easier for national companies to distribute their products, making it more and more difficult for local companies to compete. JAX, Falstaff, and Regal all closed their plants, leaving Dixie as the only old-line brewery left in town. Hurricane Katrina did Dixie in, the owners moving production of the beer to Wisconsin, since the storm did such horrendous damage to the Tulane Avenue plant. 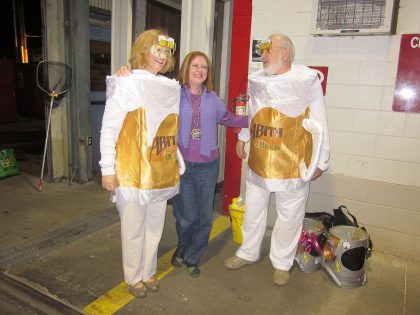 Maskers prepare to board a streetcar in the Phunny Phorty Phellows parade, 6-Jan-2012, dressed as mugs of Abita Beer. Infrogmation photo.

Micro/Craft brewing came to metro New Orleans in 1986, with the opening of Abita Brewing Company on the Northshore. The last 25 years have seen incredible growth of this industry, including new breweries and several brewpubs in town. Like many industries, extreme consolidation opens up opportunities for small operators, who continue the tradition of the Germans of New Orleans.

(Thanks and a raise of my NOLA Brewery tulip glass to www.thebeerbudda.com for great background info!) 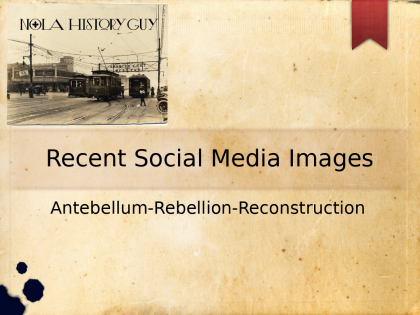