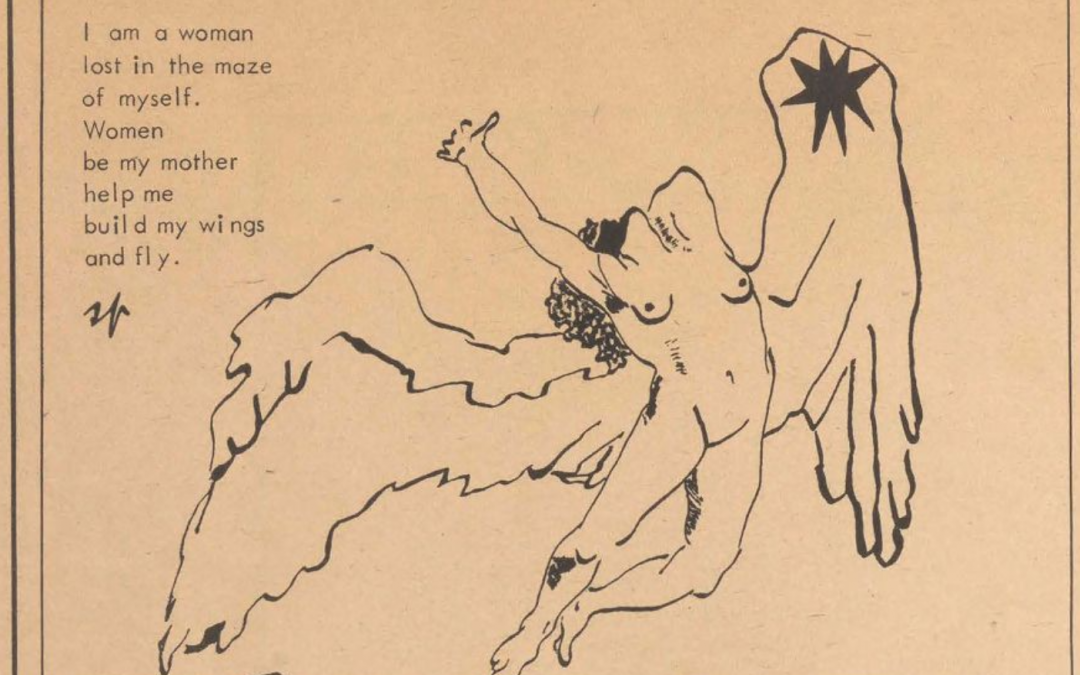 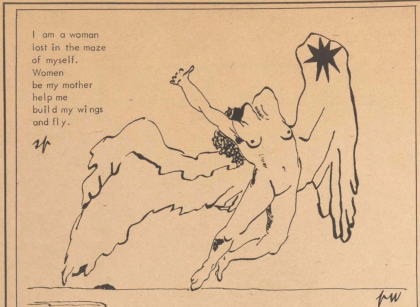 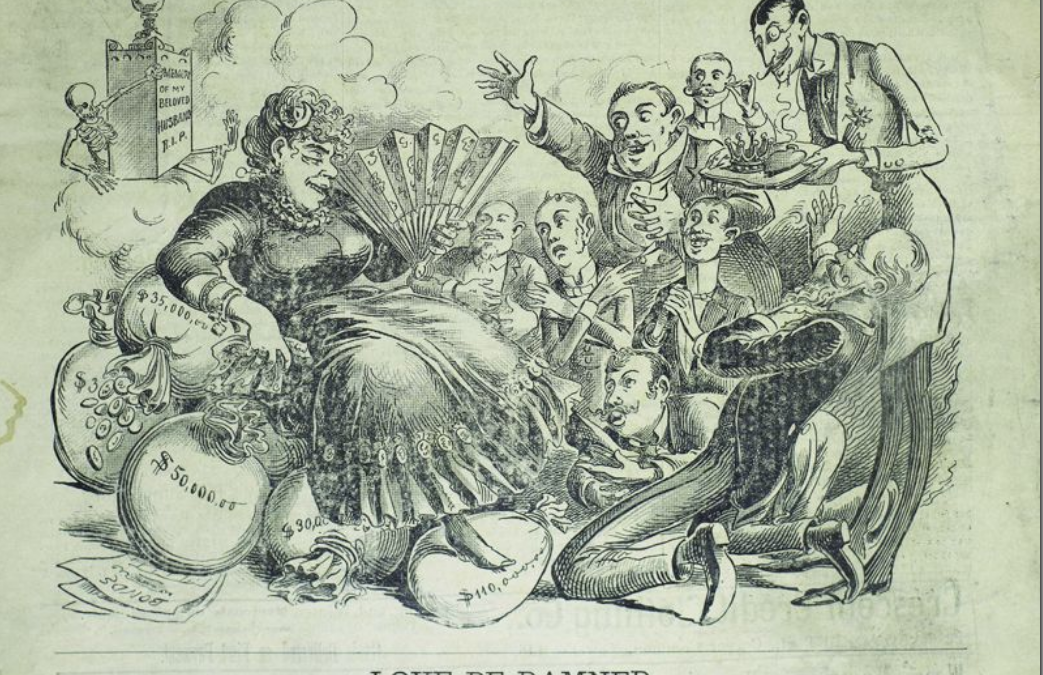 The Mascot 5-Jan-1895 presents the tribulations of wealth widows on the cover. 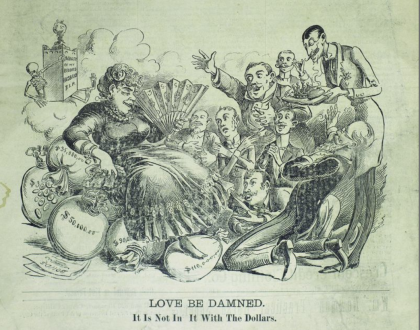 The front page of this edition of the New Orleans paper, The Mascot, featured an illustration of a wealthy widow. While she thinks back to her late husband, a number of European “noblemen” seek her hand. These men do not have money, but they do have titles. Those titles, naturally, are essentially worthless in the United States.

Seeking a woman’s hand for her fortune was not a new trend. The Mascot 5-Jan-1895 reflects on the story of a Chicago widow, Mrs. Burke Roche. They come hard at the Europeans. That’s because The Mascot was, to put it mildly, a “scandal sheet.”

Scandal and Slander and Shootings, oh, my!

In 2012, the Times-Picayune published a background article on The Mascot, ahead of a talk about the scandal sheet by Sally Asher. Asher tells the story of the paper’s run. It graced newstands from 1886 to 1897. She offers a couple of anecdotes about The Mascot in the article:

“I found a lot of court cases where writers were misidentified as Mascot writers,” she said, “because nothing was bylined. So they were attacked and beaten up.” Once, she recounted, an unfortunate Times-Picayune photographer was at a local hospital, doing a story. “And the med students said, ‘That’s a Mascot illustrator!’ And they attacked him, and beat him up,” Asher said, rather gleefully.

To my knowledge (and someone more inside, please correct me), no writers or illustraters of the Vieux Carre Courier or The Gambit were ever beaten up for their work.

The Mascot is an early entry in the line of “alt” newspapers in New Orleans. While I enjoy a number of writers on the current staff of The Gambit, it’s no longer “alt.” Antigravity now claims the title of “alt,” and The Gambit is now a “dad” paper.

Neither of those papers hold a candle to The Mascot. We’ll explore this throughout 2021.