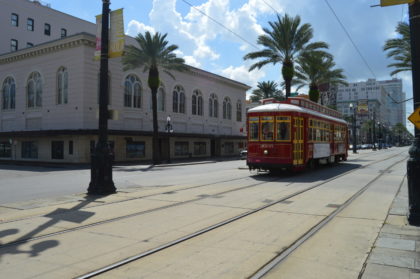 I’m pleased to announce that my proposal for a book on Krauss Department Store has been accepted by The History Press! Krauss was a beloved institution on Canal Street. The Krauss brothers opened the store in 1903, and it closed in 1997. In just the preliminary looking around that Lady Duchess of the Red Pen, the lovely and talented Dara Rochlin, worked up, we’re finding out some interesting things about the Krausz/Krauss family.

This is how the process of doing a book for The History Press goes. You come up with an idea for the book. There are submission guidelines and a proposal template on the THP website. The proposal is pretty straightforward. I’ll blog about that on my Edward J. Branley site, since that’s where I talk about writing and process. An acquisitions editor at THP (or Arcadia, for one of the company’s other imprints) contacts you back, to let you know their interest in your proposal. If they’re interested, the editor brings the proposal to the publishing committee. If the committee approves the proposal, you go to work.

The lead time on a THP book is six months at a minimum. THP wants a Christmas-season release for this book, so I’ll need to have all the images for this book ready by February. Unlike the Images of America books, there’s a lot more text to a THP title, so I’ll need to have the 30-33K words done by March. Then the acquisitions editor passes the project off to a development editor who applies the red pen. (Naturally, Lady Duchess will look over the manuscript before I give it to THP, but I’ll pay for her review myself.)

Once the book is signed and sealed by the development editor, it goes to production. The book hits the stores! The marketing and PR people work with the author on all that. That whole process is a ways away, obviously.

I need your help with Krauss stuff!

If you have Krauss stuff–photos, Krauss-logo items, etc., please let me know. The best history book are those that use and develop primary sources. There’s an extensive archive of Krauss stuff at UNO, but the book becomes more personal with your stuff. If readers make a personal connection, they’re likely to buy the book.

If you have memories of Krauss–did you shop there? Did you work there? Did family members work there? I’d love to hear the stories! There’s more words in a THP book, therefore room for telling the story in this book than there was in my Maison Blanche book (an Images of America title). Please drop me an email at kraussbook@ebranley.com and let’s get in touch! 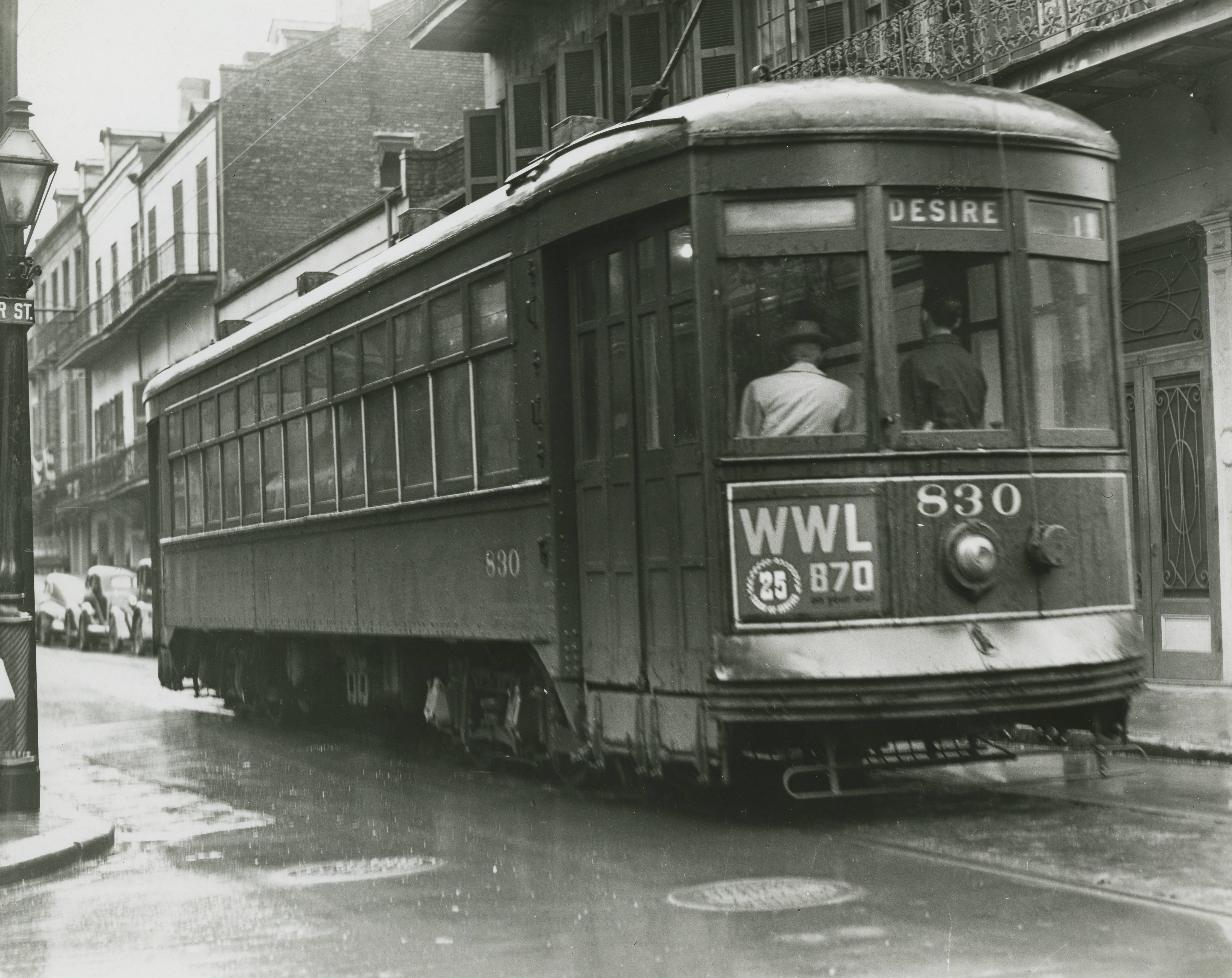 This is a great image of an 800-series arch roof streetcar. Running on the Desire line, 830 is at Bourbon and St. Peter. The LOUIS record says it’s a photo shot for LIFE magazine in 1958. but there’s a problem with that. The Desire line transitioned to bus service in 1948!

The story of the Desire line is fascinating, and will be the subject of our next NOLA History Guy Podcast.