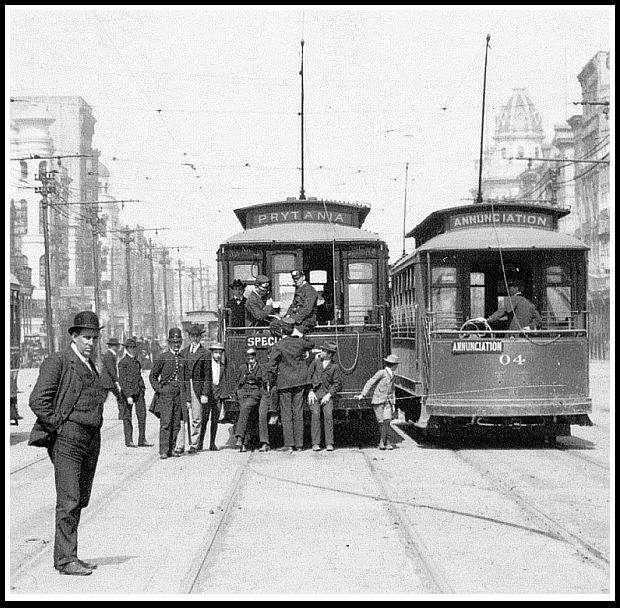 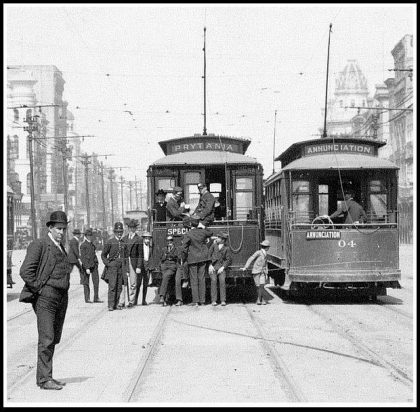 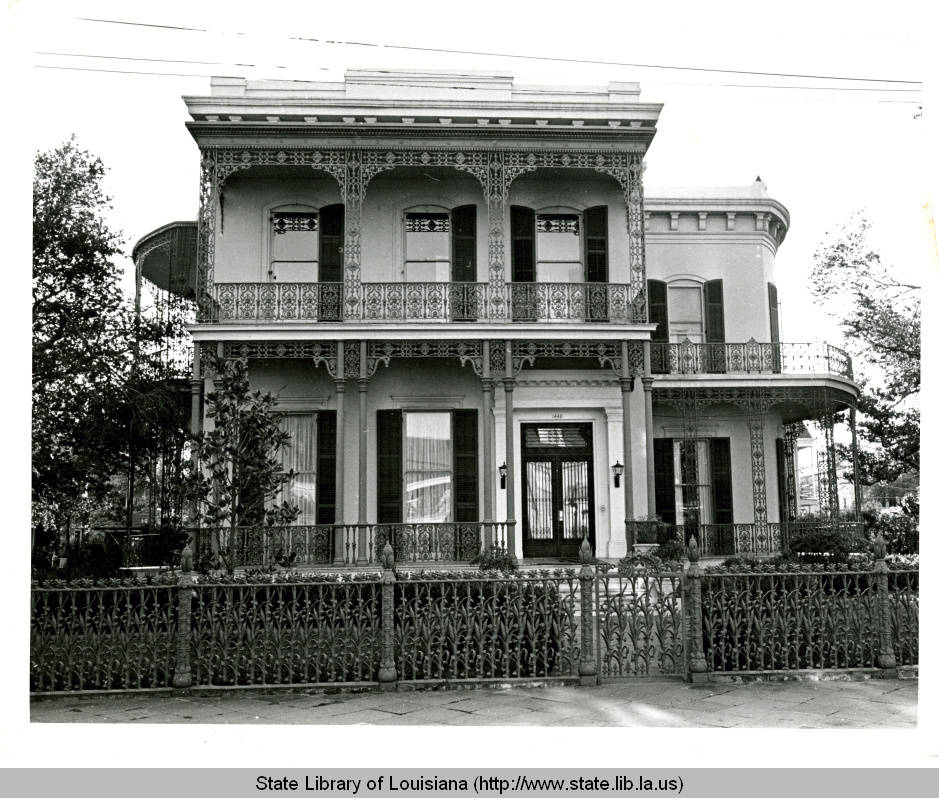 Luxury in the Garden District 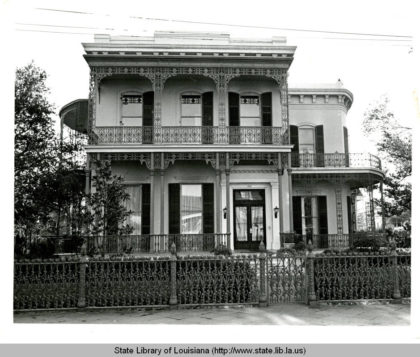 Prytania and Fourth in the Garden District. WPA photo from the 1930s. The entry in the LOUIS database is amusing for the Lafitte reference:

B&W photo, date unknown. An Antebellum mansion in the New Orleans, Louisiana Garden District. Also known as the “cornstalk fence” house. Written on photo: This antebellum mansion is a grand example of the opulence of the sugar boon before the Civil War. This wrought-iron fence is famous for its corn stalk design. Local legend says that Jean Lafitte forged this iron work in his blacksmith shop which was located on the corner of Prytania and Fourth Streets.

The contrast between the architecture of the French Quarter and the Garden District is stark. The Quarter has lovely houses whose courtyards and interiors rise to the same level of opulence as these large homes in the Garden District. The Spanish/Moorish design hides that opulence behind large walls facing the streets. You have to get past the wall and gatehouse and enter the courtyard, then you realize you’ve stepped into a place of elegance. The walls conceal the beauty from passersby on the street.

There were many reasons the Anglo-Irish chose to settle into neighborhoods upriver from Canal Street. House design was one of them. The neighborhood is very British. Big front lawns, Most of the houses have low fences that allow those walking by to admire the lawn and garden. The homes display the owner’s tastes for all to see. There is a good mix of house types in this area. Some shotguns and creole cottages pop up on the smaller lots, but the big houses are, for the most part, English-influenced.

There so many wonderful stories about these homes. A guided tour of the Garden District is great, so you can learn some of the stories behind the houses. Grey or Loki can tell you all about it if you book one of their tours.