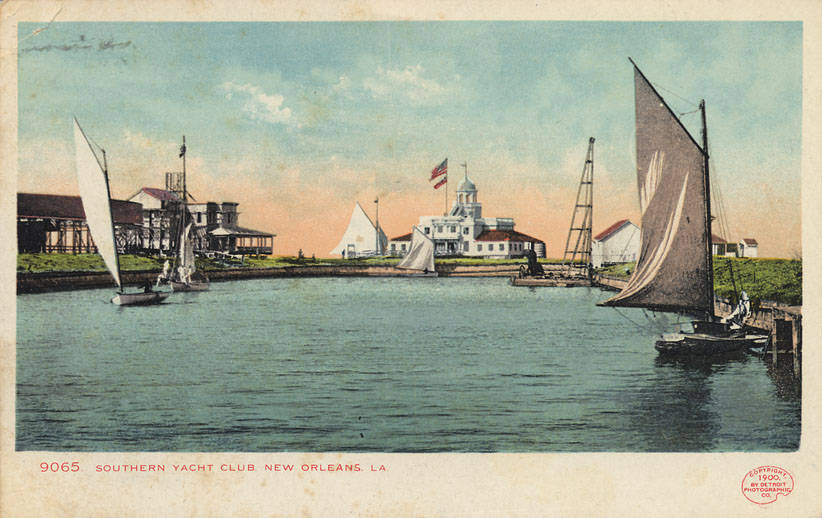 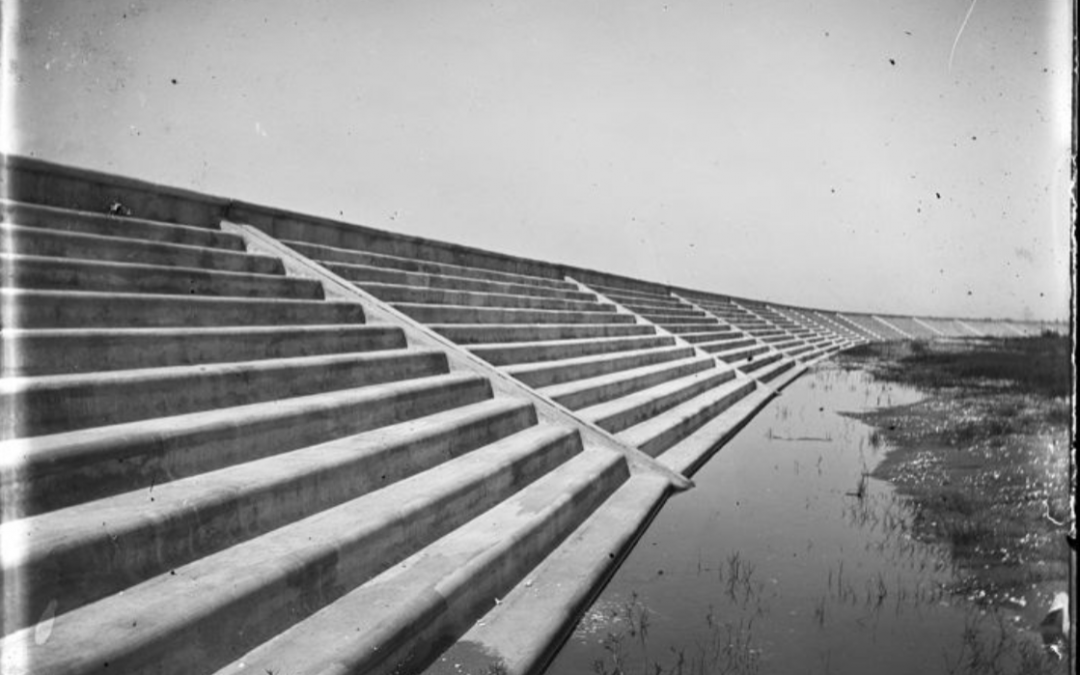 Lake Pontchartrain seawall is the first level of flood protection in Orleans Parish. Lake Pontchartrain Seawall John Tibule Mendes photo of the Lake Pontchartrain Seawall, not long after its completion in 1932. The Orleans Levee Board (OLB) began the seawall project in 1930. Construction took about two and a half years. Land Reclamation Beginning in the 1920s, the OLB embarked...
To view this content, you must be a member of Edward J Branley's Patreon at $1 or more 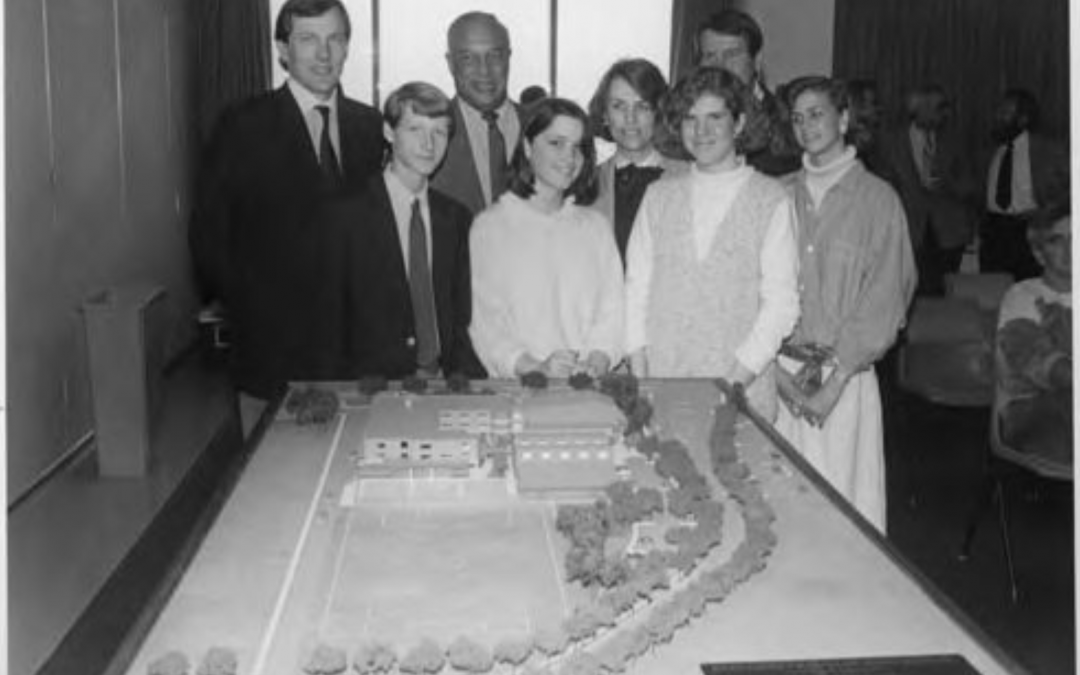 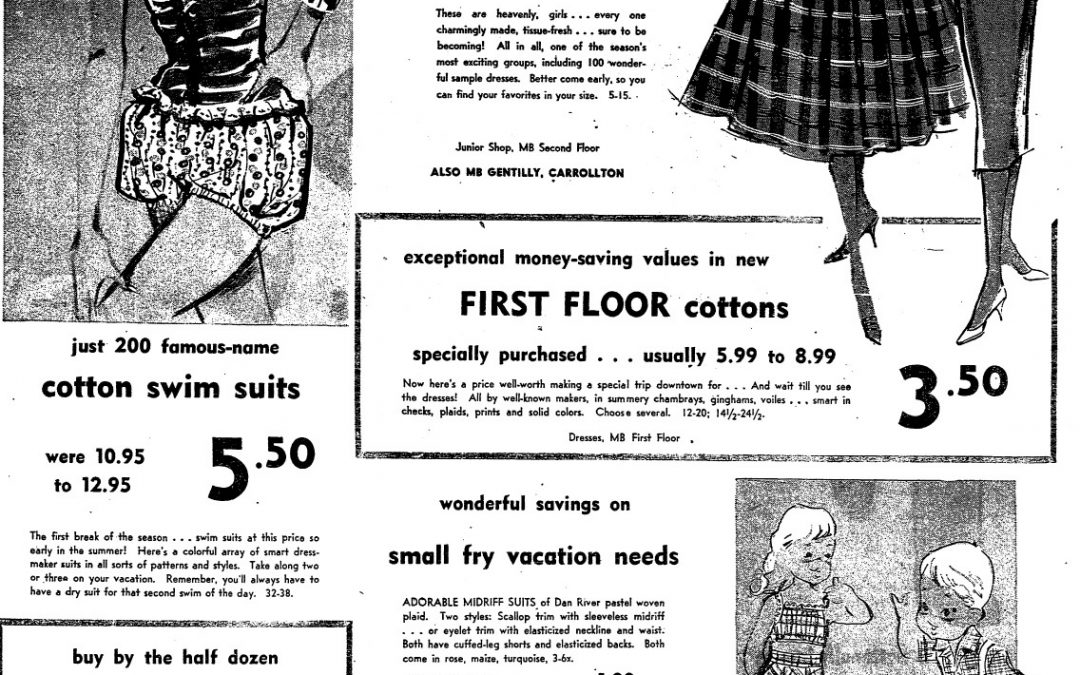 Maison Blanche Swimsuits 1956 for Memorial Day sale. Maison Blanche Swimsuits 1956 Swimsuits and other summer wear filled up almost an entire page of the Times-Picayune on 31-May-1956. Cotton swimsuits for $5.50, and in stock after Memorial Day? Whoa. Sixty-four years later, women stress over buying a swimsuit in January. Summering in the late 1950s Many New Orleans families packed...
To view this content, you must be a member of Edward J Branley's Patreon at $1 or more 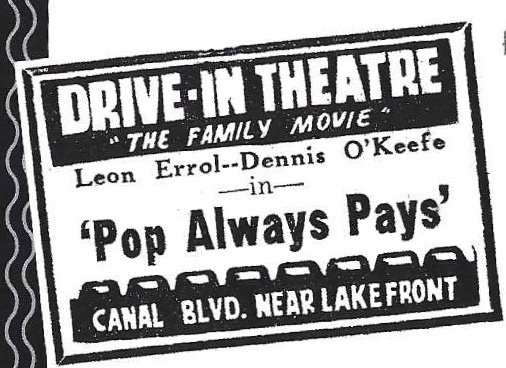 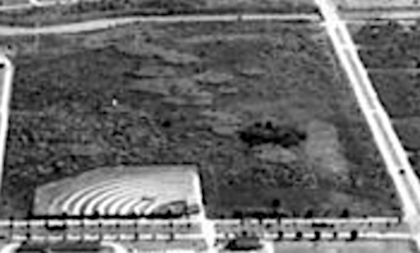 Last year, I presented a lecture at the National World War II Museum, entitled, Winning the War on the Lakefront. The talk started at West End and the New Canal, then moved along the lakefront to the Industrial Canal. Every time I’ve presented this lecture, folks in attendance asked about a facility in what is now the East Lakeshore subdivision. Turns out, it was a Lakefront Drive-in Theater.

The Army and Navy hospitals. 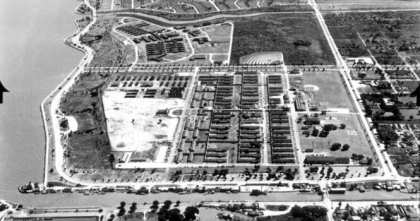 The Orleans Levee Board reclaimed a great deal of land along the lakefront in the late 1920s. For reference, around 1910, the Mount Carmel Convent on Robert E. Lee Blvd had a fishing pier out front. It extended into the lake from almost the front door. The OLB reclaimed the area from there, up to where Lakeshore Drive is now.

The WPA made major improvements to the lakefront in 1938-1939. They built the seawall and Lakeshore drive. The reclaimed land belonged to the city. So, when the US Army and US Navy looked to build hospitals in New Orleans, the lakefront area appealed to them. The Army built Lagarde Army Hospital in what is now West Lakeshore. The Navy built Naval Hospital New Orleans on the other side of Canal Blvd. The breeze off Lake Pontchartrain cooled down the area at a time when air-conditioning was not ubiquitous. While the hospitals had different missions, they both benefited from the location. 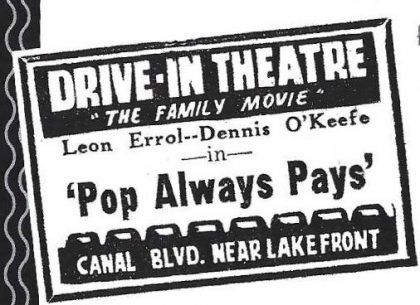 I found some good aerial shots of the lakefront in 1940. They show the WPA improvements and the hospitals nicely. They also show a facility with a bunch of arcs, right behind Naval Hospital New Orleans. I dismissed it as maybe some kind of outdoor amphitheater, perhaps for concerts and other entertainment. Folks asked, “What’s that thing?” I replied with the outdoor entertainment answer.

Well, that answer wasn’t exactly wrong! I shared an Infrogmation photo of the bus stand at Canal and Robert E. Lee a couple of days ago. Arthur “Mardi Hardy” Hardy, musician, teacher, and local Carnival expert, replied to that image. Arthur said there was a drive-in movie theater, there on the other side of Canal Blvd, from the bus stand. He shared the ad (above) in the comment thread. The name of the place really was just, “Drive-In Theater.”

DING! That must be the “thing” behind Naval Hospital New Orleans. It makes sense, the quarter-circle pattern of the facility. Everything converges on the point of the right angle. That’s the screen. Public transportation to get out to the hospitals was limited (just the West End Streetcar). So, most folks drove out to there for work. Maybe stop and catch a movie before heading all the way home? Makes a lot of sense.

I know Arthur has a book in progress on local movie theaters. So, I have yet another reason to buy it when it’s done. Thanks, Arthur! 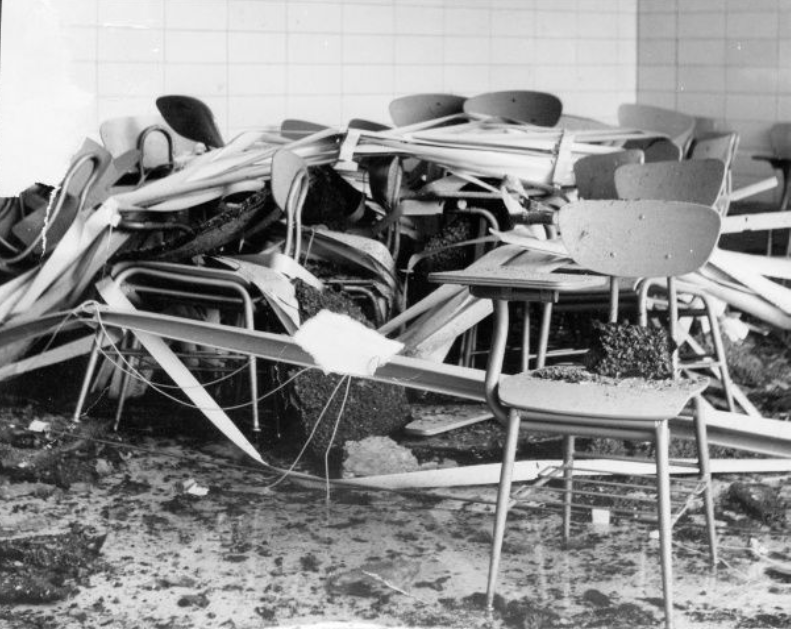 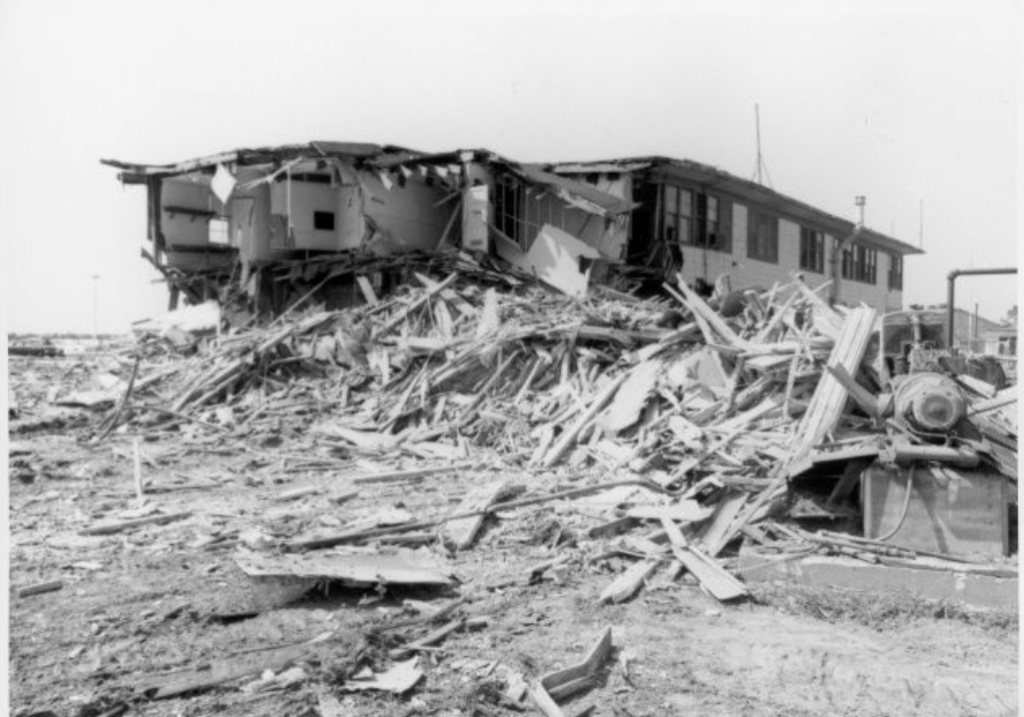 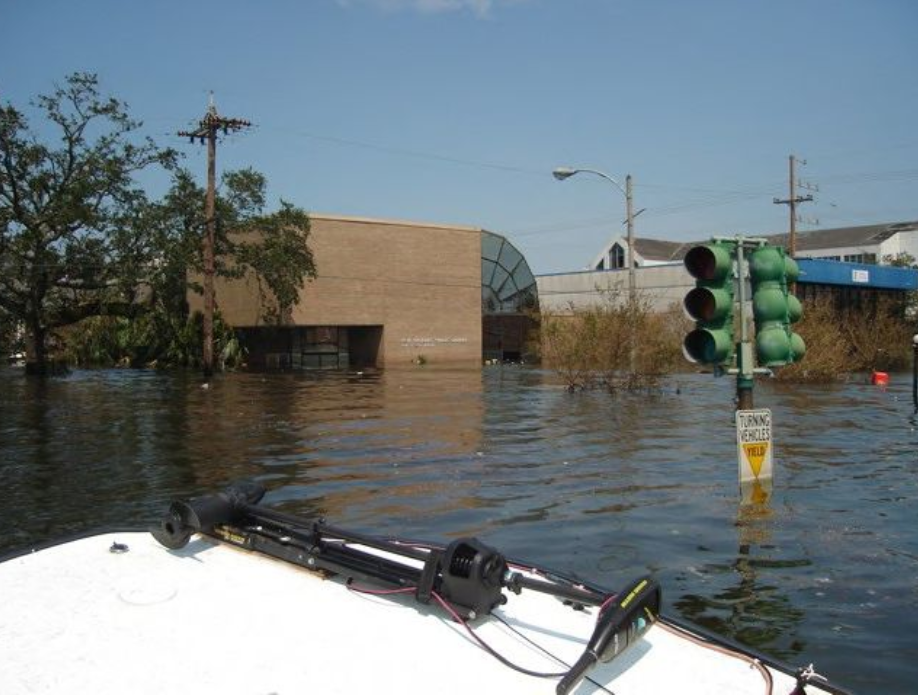