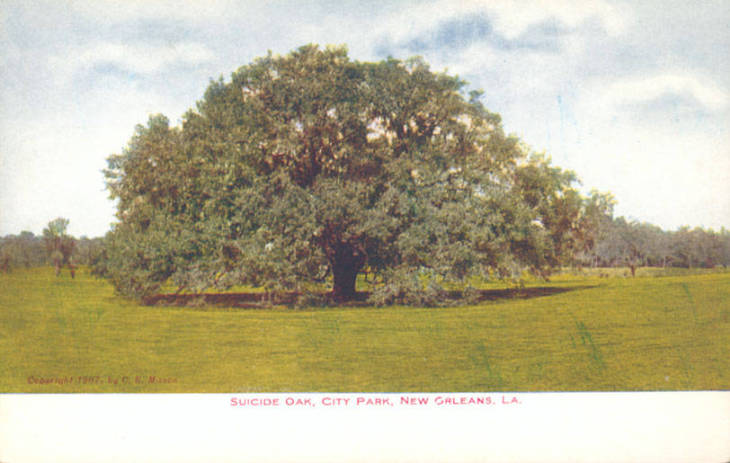 City Park contains some of the oldest trees in New Orleans, including Suicide Oak. 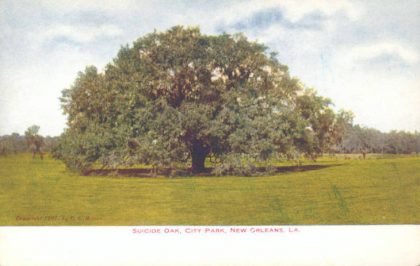 Postcard from the V.O. Hammon Publishing Company, early 1900s. This tree got its name because sixteen men took their lives over a period of twelve years, in the 1890s into the 1900s. The name stuck. This tree is not far from the famous “Duelling Oak.” Several photos of the time group the trees together as the “old duelling ground” on the Allard Plantation.

The Allard Plantation comprised a large portion of what is now New Orleans City Park. The land operated as a sugar cane plantation. In the mid-19th century, businessman and philanthropist John McDonogh (the guy all the schools were named after) acquired the land. The owners fell in arrears with the city. To recover unpaid taxes. The city seized the plantation. They sold the plantation at auction, with McDonogh purchasing it. When he died, McDonogh donated the land to the city. While it took another 30ish years to formally convert plantation to park, it did happen.

Even though the Allard Plantation grew sugar cane, the owners maintained the magnificent oaks near the main house. The land near Bayou Metairie, was too marshy for large-scale agriculture. So, the oaks served as cool, shady surroundings for the owners.

Gentlemen of New Orleans often followed the European tradition of settling disagreements with “affairs of honor.” If a man felt aggrieved by words or actions of another, he could “demand satisfaction.” from the other party. Many duels ended up with both parties walking away. The usual terms negotiated by the seconds (friends of the duelling parties) specified that duels should end when honor was satisfied. This usually meant blood drawn by a sword, or both participants surviving pistol shots.

The possibility of someone dying complicated the duel. Sure, if honor was satisfied, everyone could retire to a restaurant for brunch, but that sword or pistol ball could find its target. Spanish Colonial government considered a death in a duel to be murder. When such a death happened in the city limits, the duel’s winner could be arrested, tried, and even executed for murder.The United States held the same position as the Spanish with respect to duels.

So, duellers required a location outside the city limits and away from witnesses. The oaks of Allard offered privacy, for both affairs of honor, and more private, unfortunate acts. 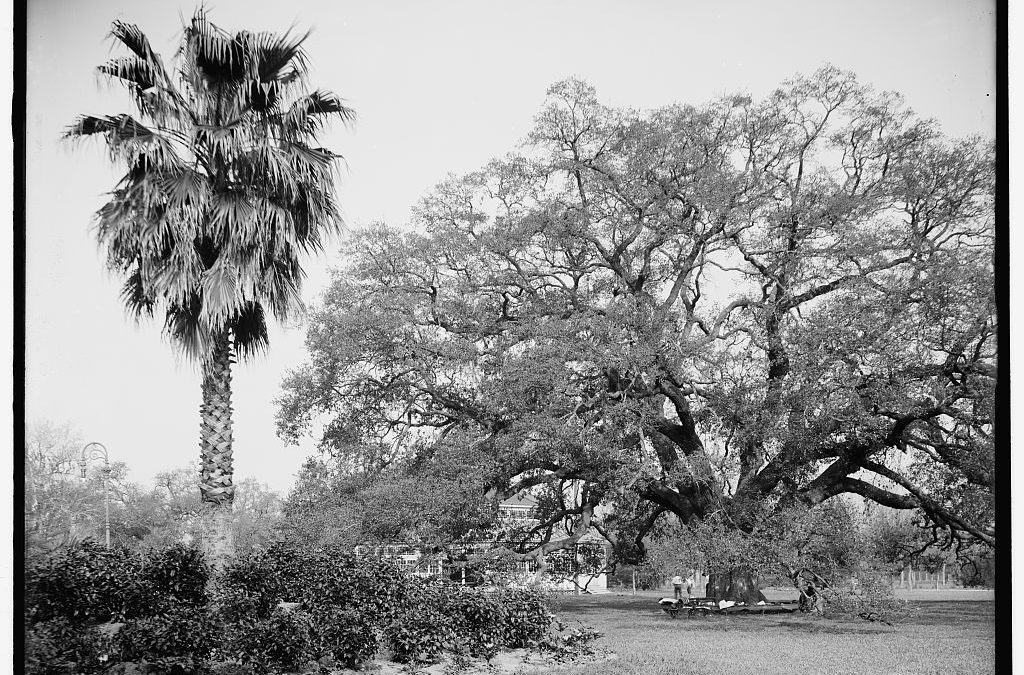 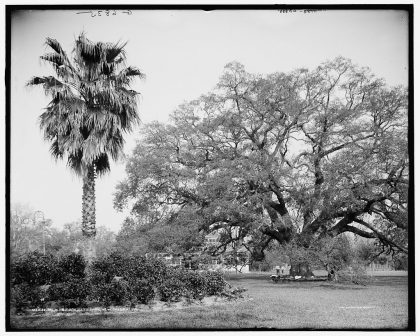