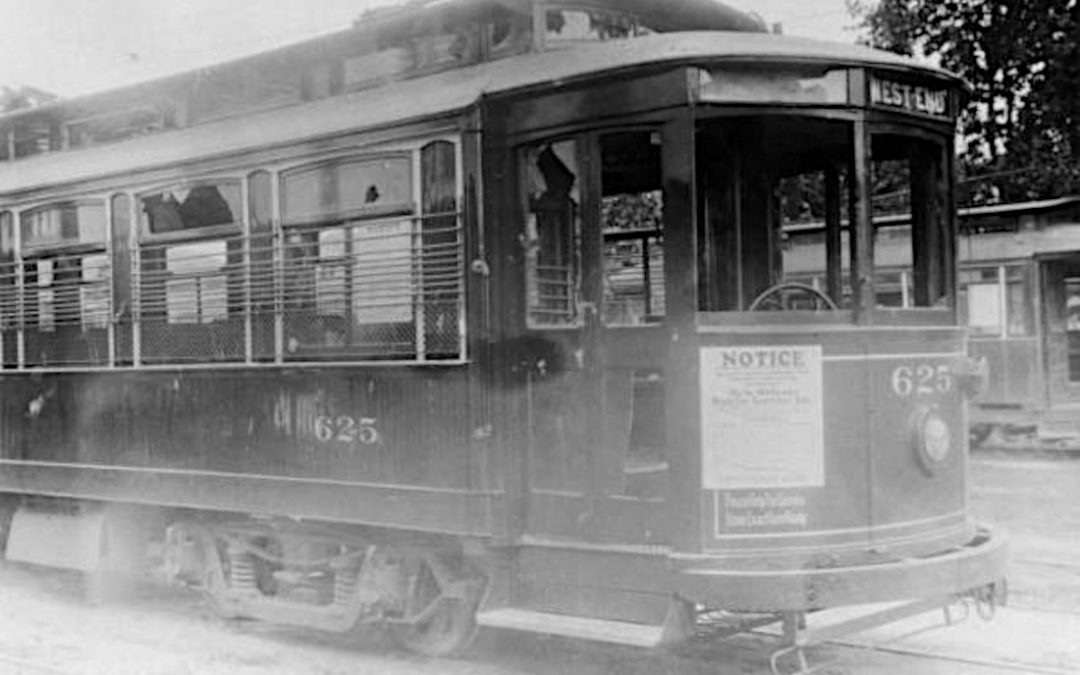 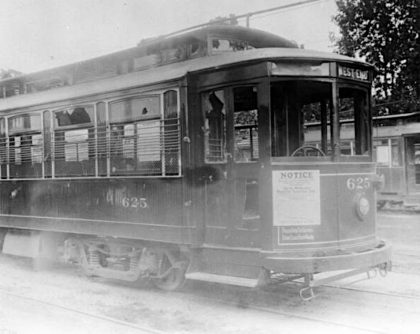 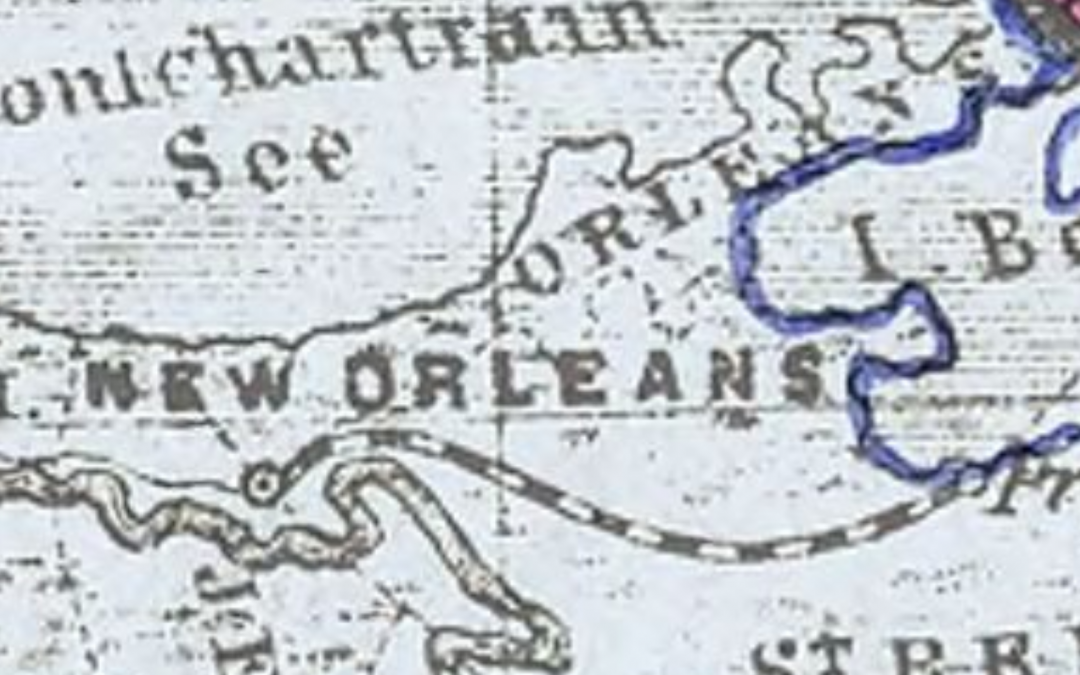 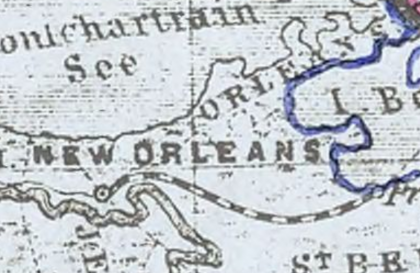 It’s a technique that, for the most part, Google Maps rendered obsolete. You’ve got an idea. You pull out a map. You outline your idea on the map. This is essentially what the Marigny Mobile Connection 1854 presents. Someone suggested, “Hey, how about we connect the Pontchartrain Railroad with Lake Borgne? Then we can run a ferry from there to Mobile.” Huh? Pull out a map and start drawing. Print the map again, once you get it right.

Alexander Milne established Port Pontchartrain in the early 19th century. His port connected the south shore of the lake with the Gulf of Mexico, via Lake Borgne. As the Battle of New Orleans demonstrated, this route was an easy way into the city. While Milne’s port was situated well for ships, but it was five miles away from the city. Bayou St John and the New Canal offered easy connections into town. Port Pontchartrain needed a link. Investors created the Pontchartrain Railroad in 1830. It opened in 1831.

Transferring cargo from ship to rail wasn’t a problem. So, the business at the port grew. Cargo rolled the five miles down to the end of what is now Elysian Fields Avenue.

While the Pontchartrain Railroad focused on cargo/goods transfer, passenger operation grew over the years. By the 1850s, New Orleanians used the railroad to take day trips to the lake shore. Hotels, restaurants, and clubs popped up in what became “Milneburg,” the village around the pier and port facilities. The station in the Marigny expanded to accommodate these passengers. So, it was logical that entrepreneurs involved with the railroad took an interest in connecting the two large cities on the coast. The proposal included a rail extension out of town, to a ferry.

The rail expansion proposal connected the Marigny with Proctorsville. Ft. Proctor protected an approach to the city that was unguarded in 1814.Bayou Yscloskey’s mouth exposed the city to an attack similar to the British plan. So, the Americans built a fort to secure it. The village that grew up around the fort became Proctorsville. The proposal didn’t pan out, mainly because of the Southern Rebellion. Other railroad development appeared after 1865. 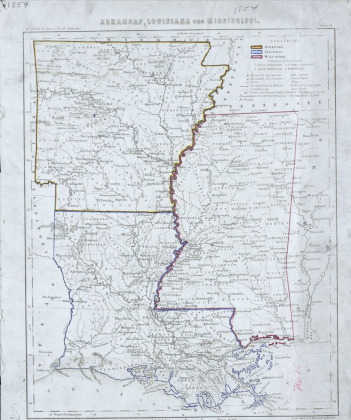 The Louisiana Research Collection at the Howard-Tilton Library, Tulane University, holds the original map. The top photo zooms in on the connection. Click the link here to get the full, tri-state map.