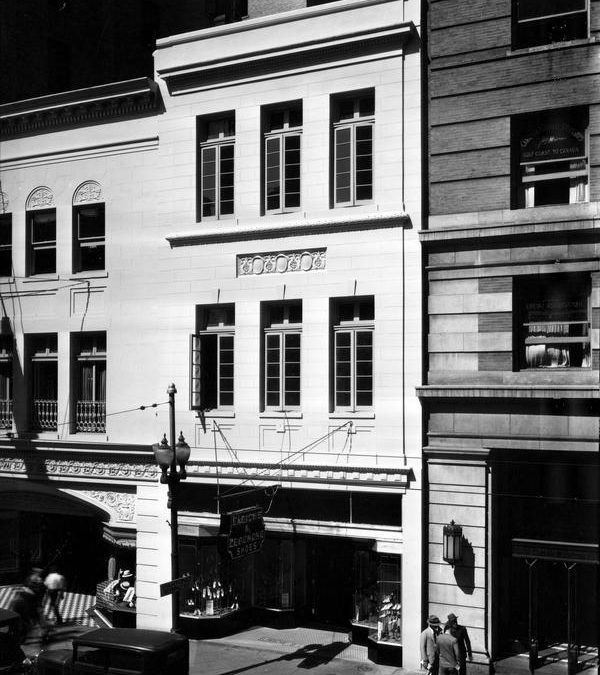 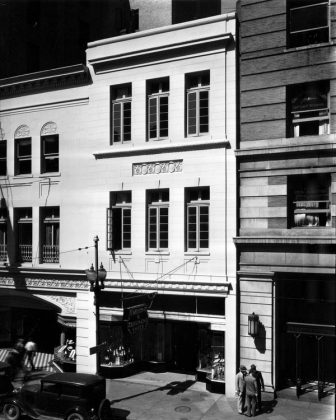 Labiche and Graff opened their store in the mid-1920s. They acquired 830 Poydras Street. This building was just at the end of Poydras Market, one of locations in the city’s public market system. Public markets operated in neighborhoods all over New Orleans. While we think of the French Market in this role, it wasn’t the only one. Since shoppers made their way to the Poydras Market for fresh meat, fruits, and vegetables, proximity to the market made sense for a clothier.

Labiche and Graff grew and profited. By 1929, Mr. Labiche expanded. He opened a shoe store next to the clothing store. Labiche joined with Armand Legendre in the shoe venture.

Labiche decided that proximity to Canal Street would boost business. He looked at locations away from Poydras Market. Labiche and Graff acquired the Kaufmann building at 311-313 Baronne. Labiche also leased the first floor and mezzanine of the de Montluzin building at 309 Baronne, for the shoe store. With NOPSI and Feibelman’s already in the 300 block, the clothing and shoe stores were in good company.

The move closer to Canal boosted sales at both stores. Charles F. Labiche, Albert’s son, commented on this to the Times Picayune on  April 19, 1933.

In dollar volume, our sales are fifty percent ahead of this time last year, and in unit sales, 100 percent ahead. Of course, part of this showing is due to our more advantageous location on Baronne Street, but much of it must be do to the reassurance that has been given to the people by Roosevelt and the steady improvement in our banking situation. We say with emphasis, ‘Let’s Go.’

Charles Labiche saw the stores through the Great Depression and WWII.