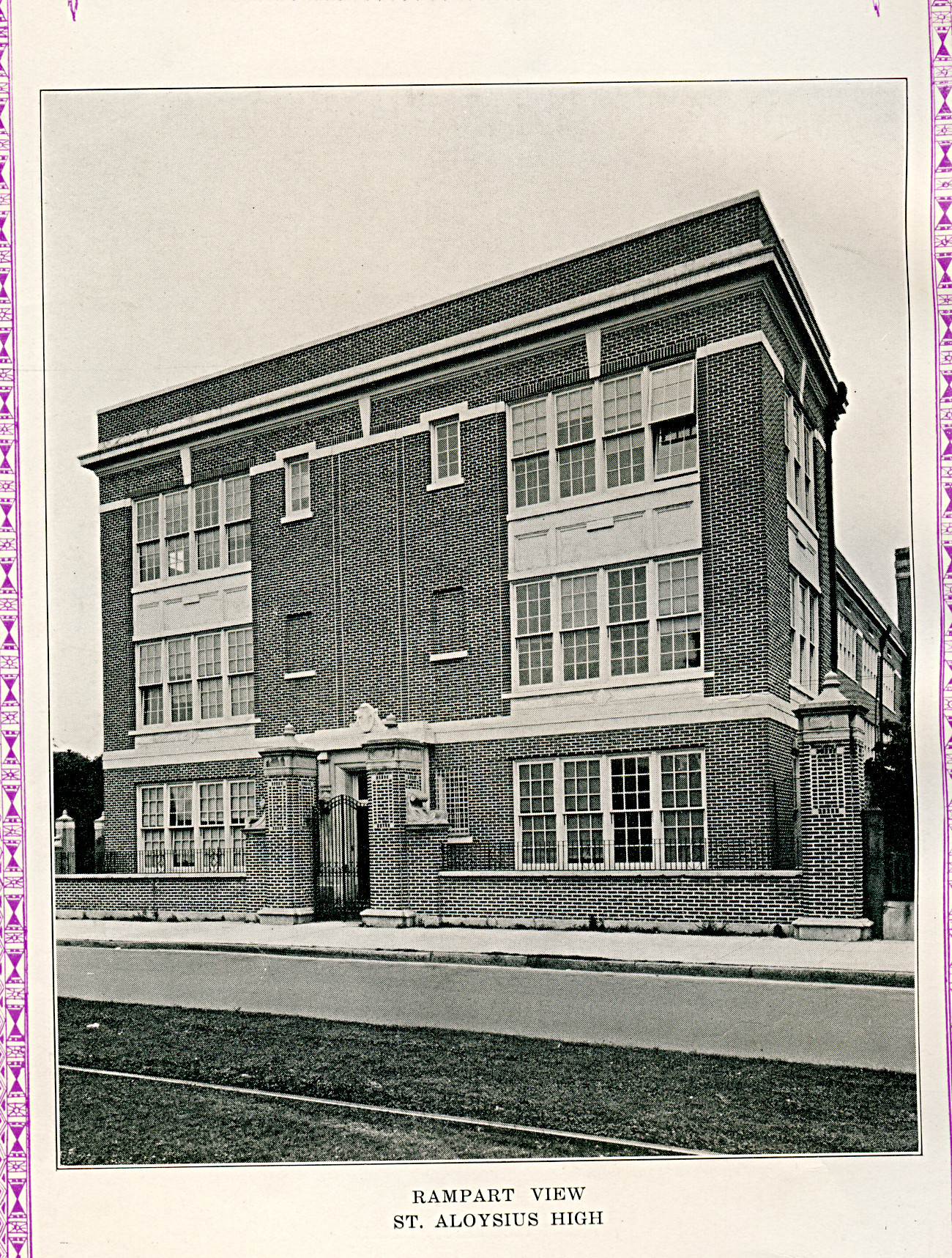 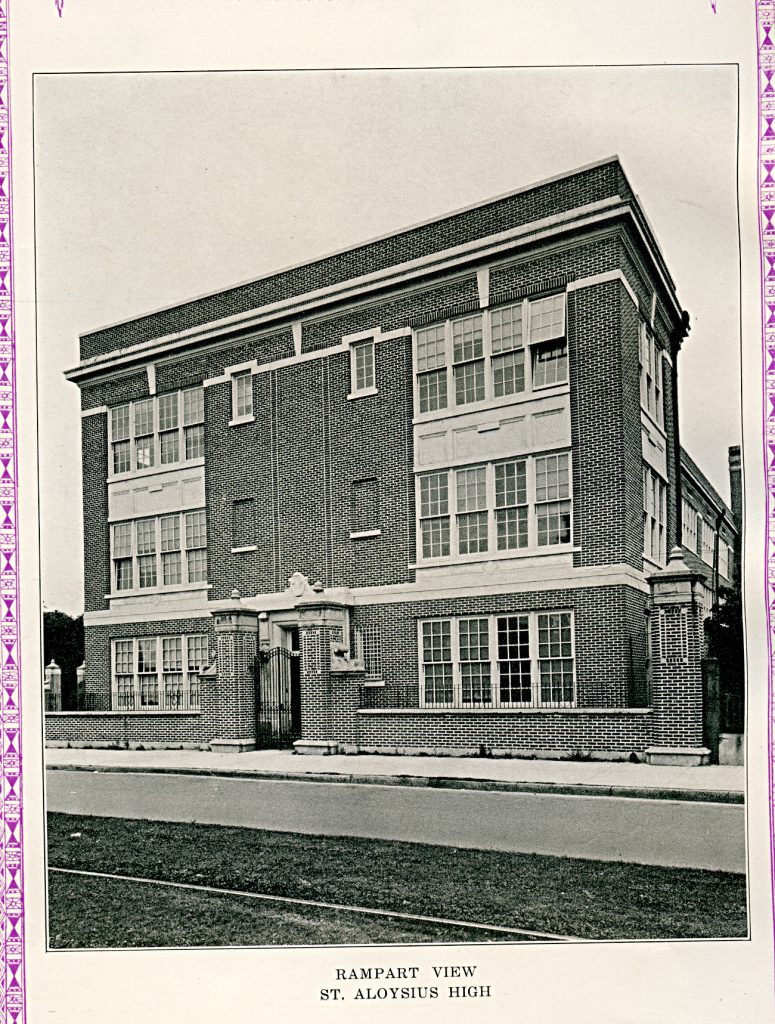 The Brothers of the Sacred Heart operated St. Aloysius High on the corner of Esplanade Avenue and North Rampart Street from 1892 to May, 1969. The school used a mansion on the corner from 1892 to 1924. The BOSH tore down that building in 1924, replacing it with the one in the photo. So, the yearbook staff shot this photo when the school was nine years old.

Usually, photographers shot the school from the Esplanade side. This is an interesting and less-common perspective. Students use all entrances of a school during the day, depending on the bus or streetcar they take to get there. St. Aloysius had a large, paved front yard, on the Esplanade side. Students went outside for lunch and between classes.

The mascot of St. Aloysius High in the early 1930s was the Panthers. The school’s colors were purple and gold. Therefore the pages of the 1933 yearbook have the purple trim you see in this image. Brother Martin Hernandez, SC, didn’t like the school using purple and gold, because those are LSU’s colors. He changed the colors to crimson and white. At the same time, Brother Martin changed the school’s mascot to “Crusaders”. The Crusader, in his white cloak with crimson cross gave the school a much more unique look.

When the BOSH opened Cor Jesu High School in 1954, they chose crimson and gold for that school’s colors. They became the Cor Jesu Kingsmen. Over the summer of 1969, the BOSH decided to use Cor Jesu’s colors and the St. Aloysius mascot for the combined school, Brother Martin High School.

The 2018-2019 year marks fifty years of service to the community by Brother Martin High, but it’s 150 years for the Crusaders. 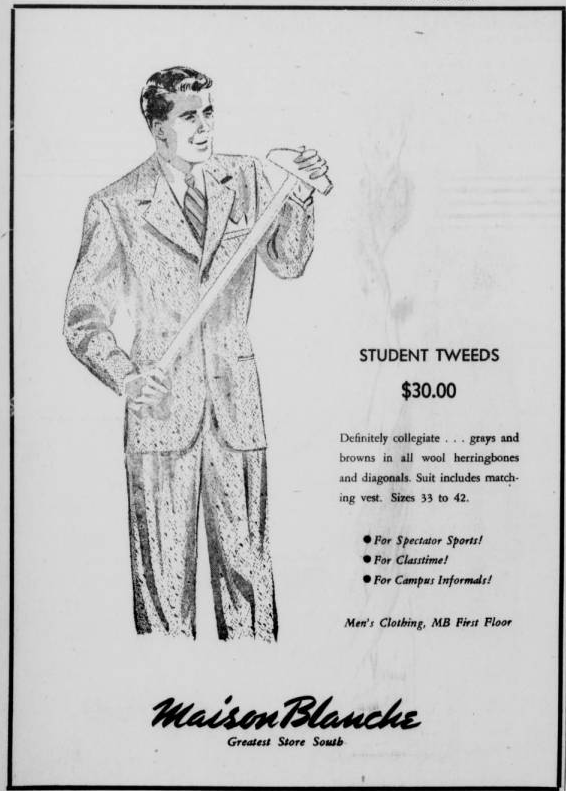 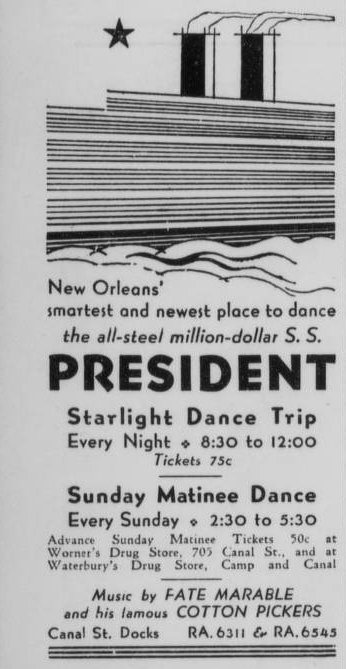 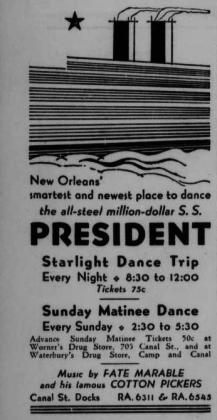 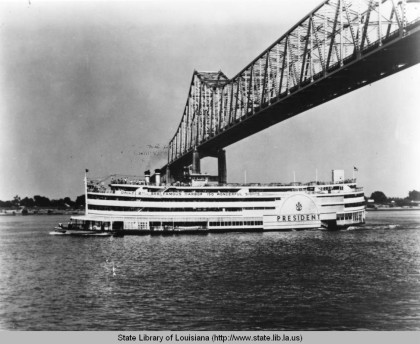 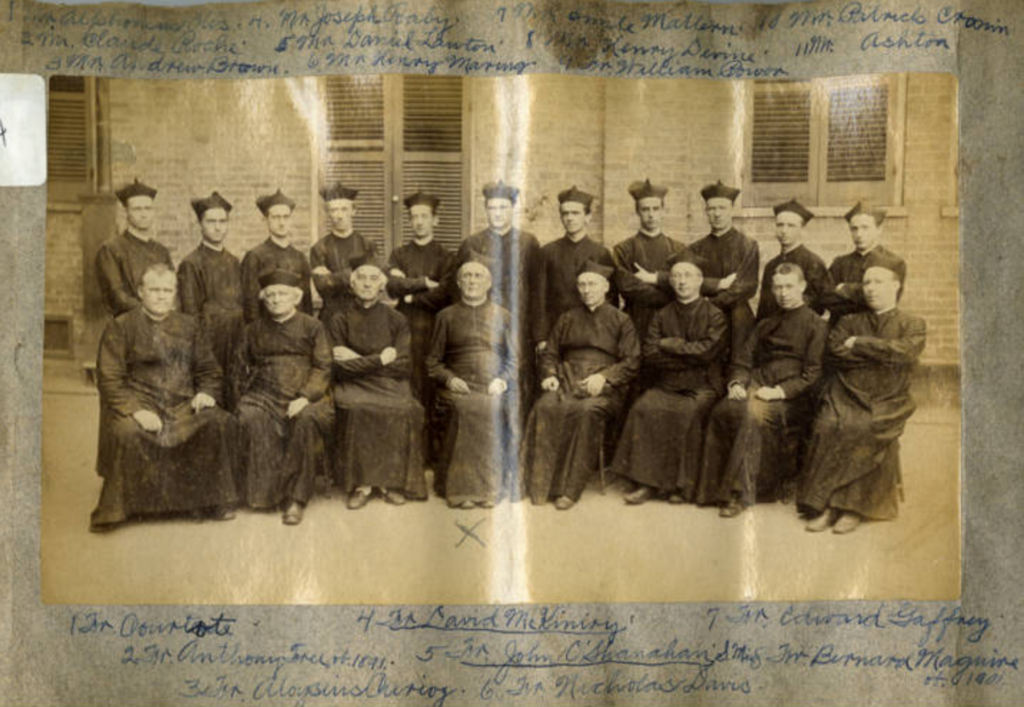 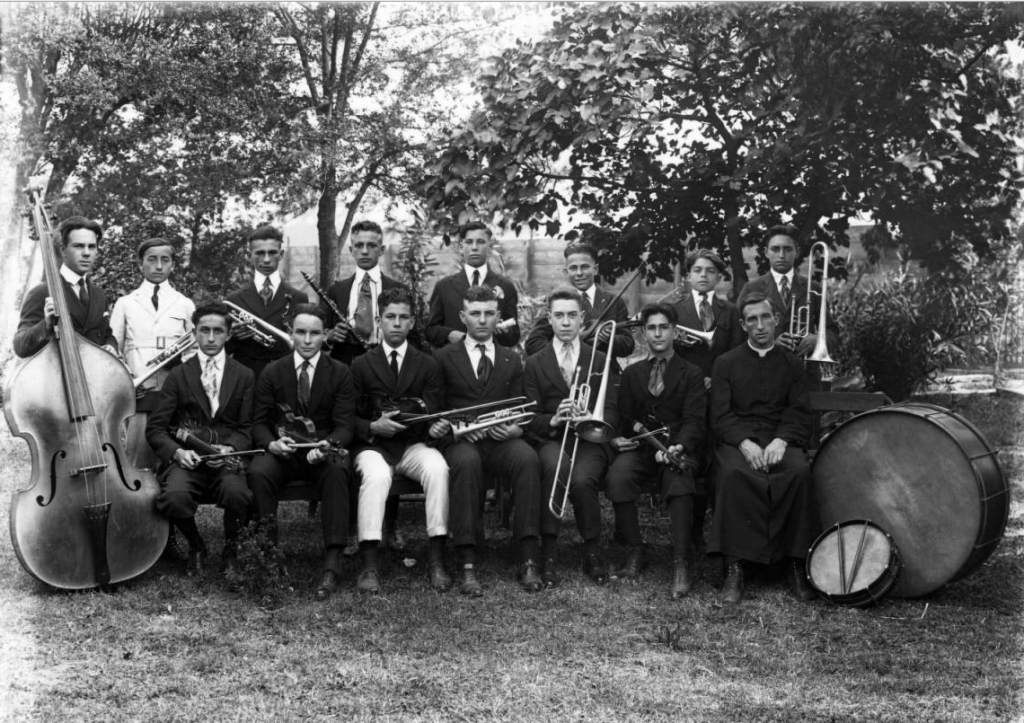 This Franck photo, undated and unidentified, is captioned “Holy Cross College Orchestra”. The makeup of the group looks like a large jazz combo. The fashions here look like late 1920s/early 1930s. 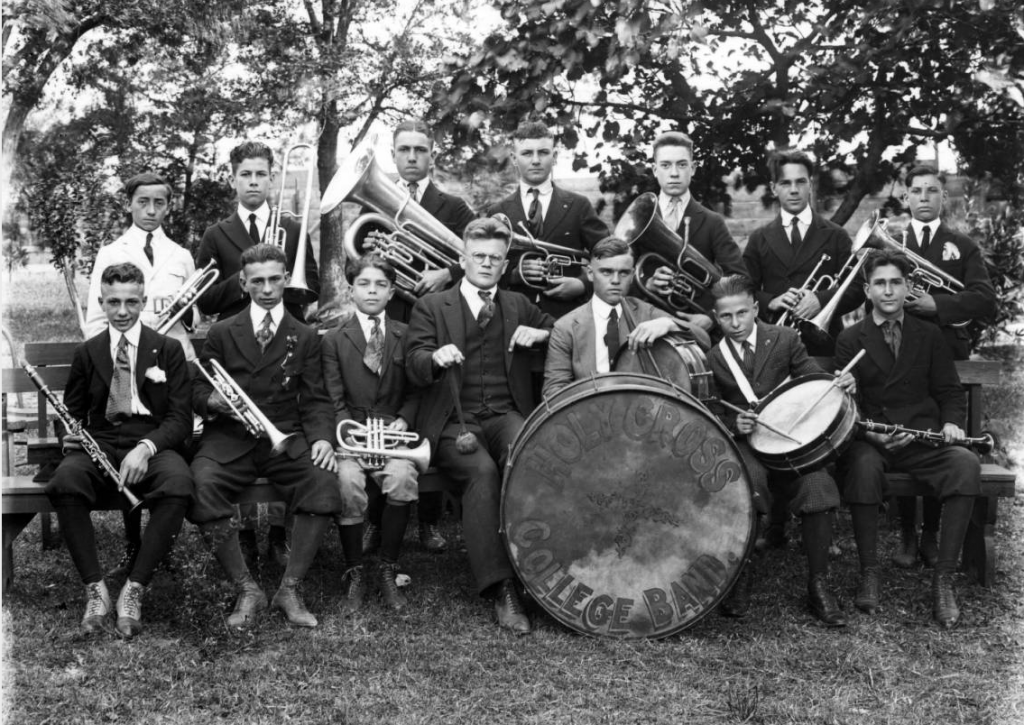 This photo, also from Franck Studios, looks like a classic brass band.

I’ll leave it to you Holy Cross folks to narrow down/identify these musicians. 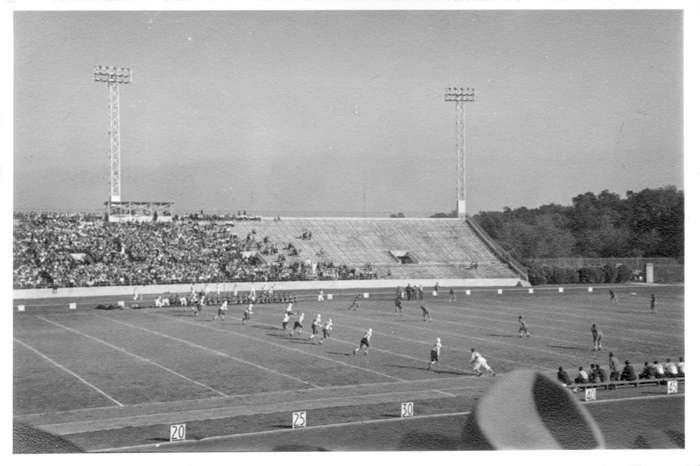