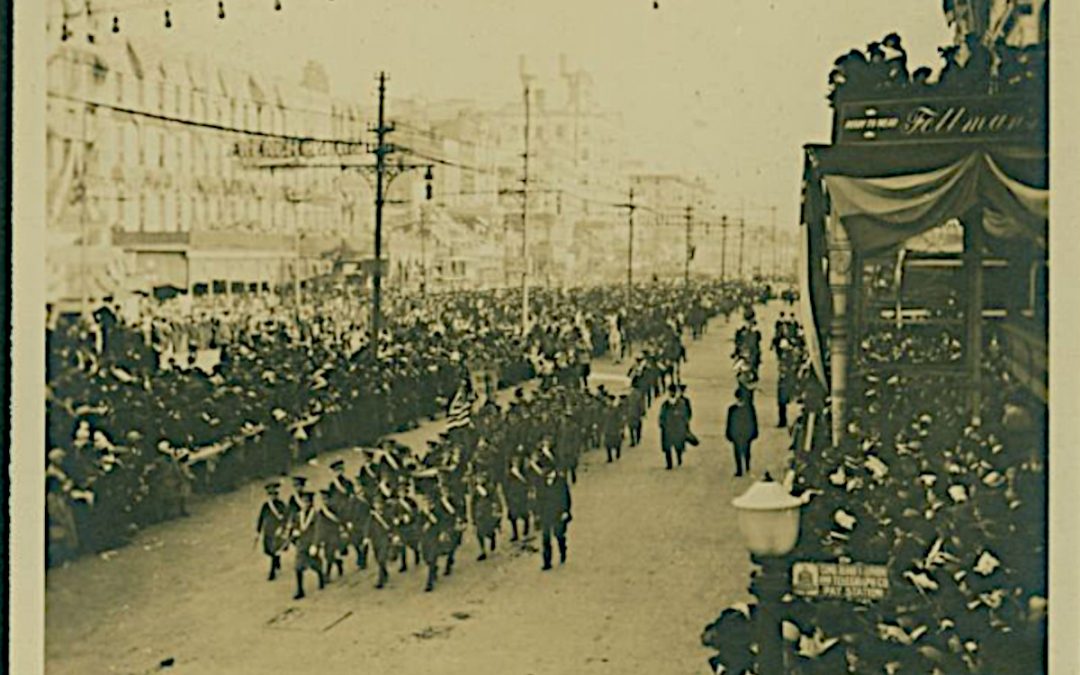 This Rex parade photo ID is a great challenge. 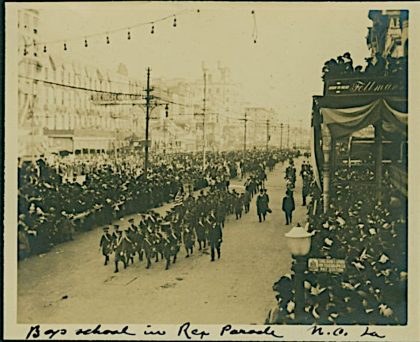 Photo of a Rex parade circa 1920. Handwritten caption says “Boys School in Rex Parade N.O. La.” The photo features a high school band, marching lakebound on Canal Street. They’re crossing Canal and Carondelet Streets, passing in front of Fellman’s Department Store at 800 Canal Street. The crowds are heavy, as the band approaches the official parade reviewing stand at the Boston Club (out of frame to the right). Via Col. Joseph S. Tate Photograph Album, LSU Special Collections. LSU notes the 1920 date as “questionable.”

The photo contains three items that bring the 1920 date into question. Or do they? Let’s look.

The caption, “Boys High School” likely refers to what is now Warren Easton Charter School. The school stands at 3019 Canal Street, between N. Salcedo and N. Gayoso Streets in Mid-City. It’s been there since 1913. The city founded the school in 1843. In 1911, they changed the name from “Boys High School” to “Warren Easton High School.” The new name honored the first Supervisor of Education of the State of Louisiana and the City of New Orleans.

So, by 1920, the school had been Warren Easton for seven-ish years. While that’s ample time to change all the legal documents, old habits die hard. You can hear someone say, “What’s that band? Oh, that’s ‘Boys School.'” Additionally, the caption is handwritten, so we’re relying on someone’s recollection. 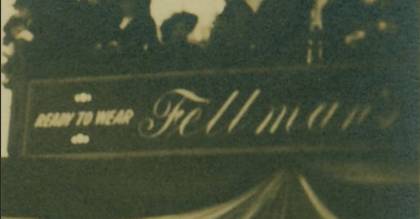 Leon Fellman moved his store from the Mercier Building at 901 Canal Street to the Pickwick Hotel at 800 Canal Street in 1897. He died in 1920. Fellman’s family returned to the German version of their name, Feibleman, upon his death. They also re-organized the structure of the corporation, changing the store’s name to Feibleman’s.

Again, legal changes don’t always jive with what people say. Additionally, it takes time to change signage and such. Still, that the storefront on Canal says “Fellman’s” here, it’s likely the photo is earlier than 1920. 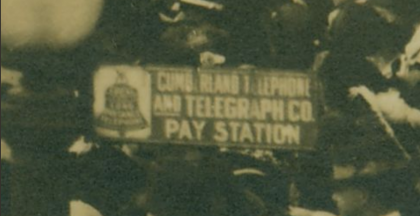 OK, this is a deep dive, but there’s an interesting sign in the bottom right corner. It says:

Cumberland Telephone and Telegraph offered telegram and long distance telephone services at their “pay stations” in the south. Southern Bell merged with Cumberland in 1911. So, this sign likely stood there in the late 1910s. I haven’t seen the sign in photos of the 800 block from the 1920s.

I got nothin! The Islandora record for the photo says:

The photograph album (unbound) contains 103 black and white prints mounted on paper. The images show scenes from several locations in Louisiana during the 1920s. Photographer unknown.

Given the “Fellman’s” sign at 800 Canal Street, it’s certain the photo is no later than 1920. That re-branding was fast and severe. The telephone company wouldn’t have been so intent on replacing their sign. The caption is human.

What do you think?