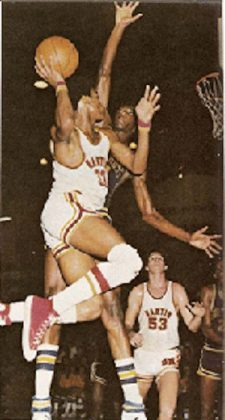 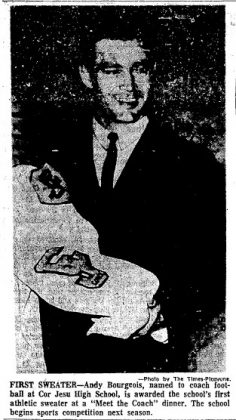 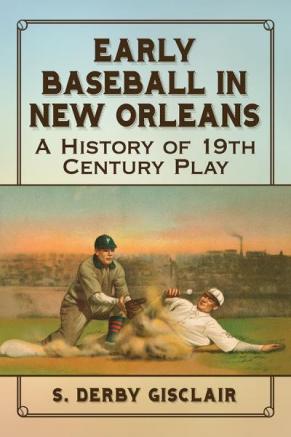 Our first long-form pod in a while! We feature this week a conversation with S. Derby Gisclair on his book, Early Baseball in New Orleans. We also drill in on this week’s “Today in New Orleans History” Pick.

Ms. Campanella notes that Beulah Ledner moved her bakery on Metairie Road on 21-May-1970. I remember Ledner’s well, so it’s our pick of the week from her Today in New Orleans History page/website. I don’t have memories of Ms. Ledner as much as friends of my dad who worked for her. Her first bakery on Metairie Road was just a couple of doors down from American Legion Post 175. My dad was quite active in that post, and he would take us to the club when he wanted to hang out with his friends but needed to entertain the kids.

Beulah Ledner defined the doberge cake in New Orleans. This article by Judy Walker talks about the cookbook Ledner’s daughter wrote and includes some recipes.

Campanella also mentioned Beulah’s son, Albert. He passed away in 2017, at the age of 93. Here’s his obit. Quite the fascinating man!

This pod features the first of several conversations we’ll have with baseball historian S. Derby Gisclair. Derby is a fascinating man who out to write an autobiography! His first baseball book, Baseball in New Orleans, came out in 2004. He’s also written Baseball at Tulane University, and the book we’re discussing today, Early Baseball in New Orleans: A History of 19th Century Play.

We started our conversation with the Early Baseball book, for two reasons. It’s where the whole thing begins, and also, Derby talks about the book this week. He presents the book and subject at Octavia Books, on Octavia and Laurel Streets, uptown. The talk is at 6pm on Tuesday, 28-May. As Derby says in our talk, you can’t see the props on a podcast. So, go see him in person! 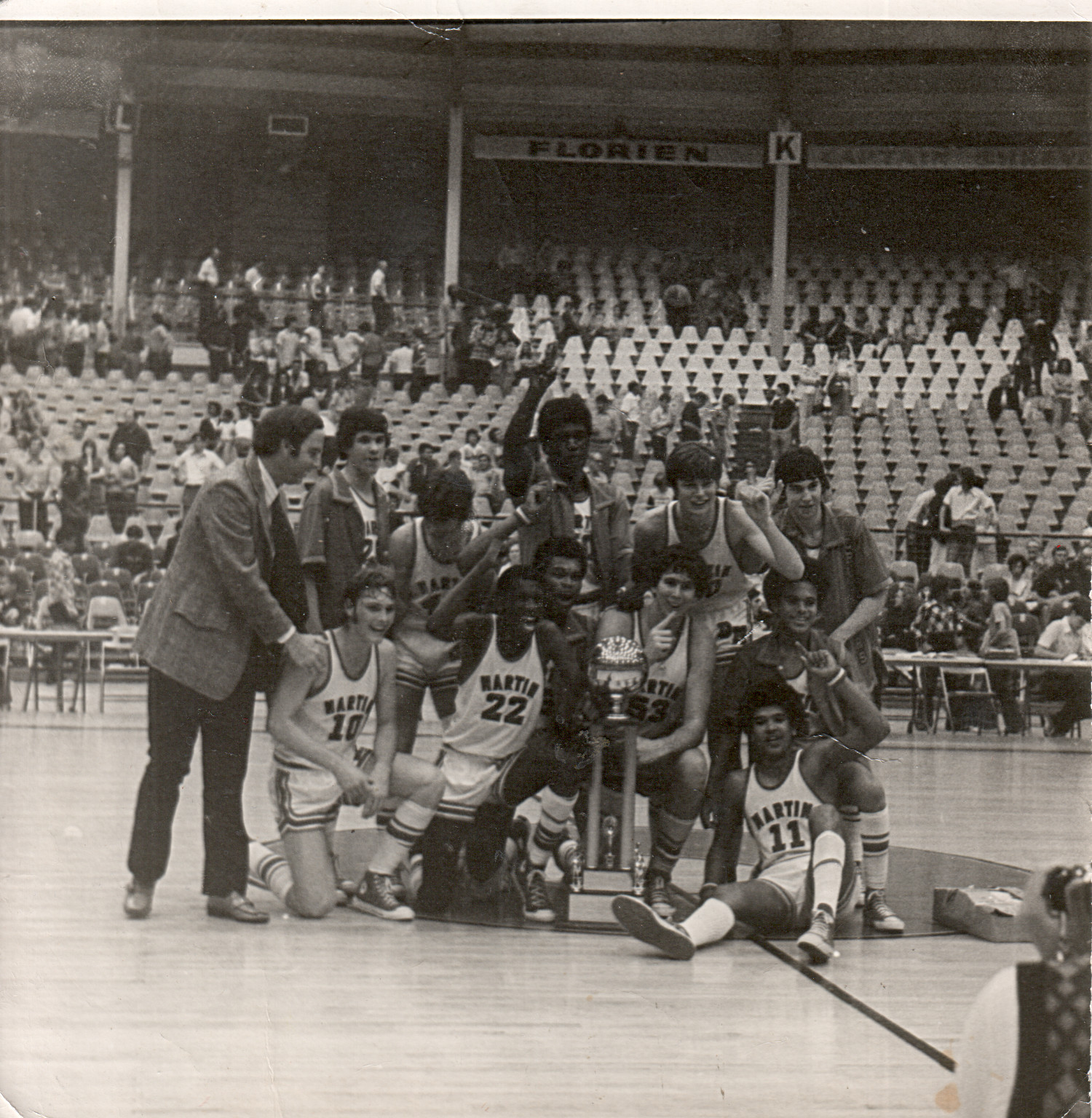 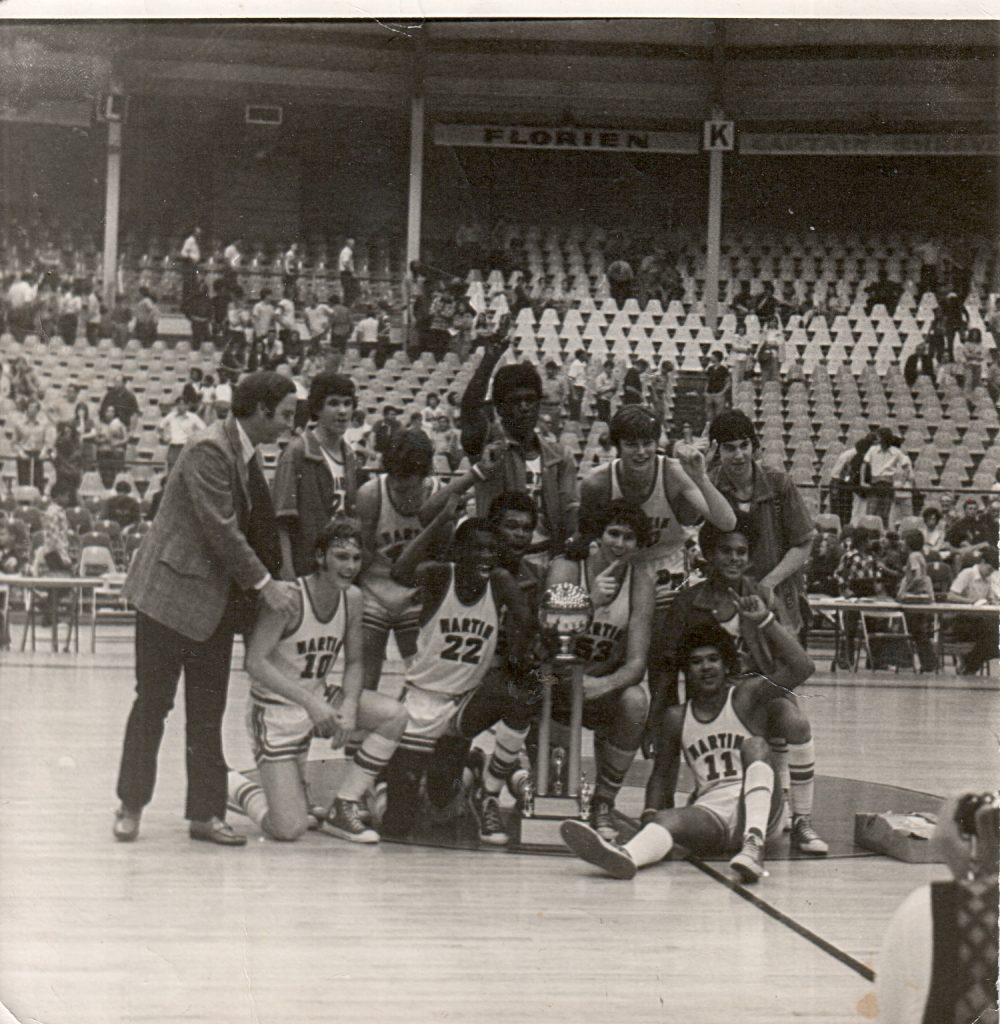 We lost a good guy yesterday. Don Newman was a year ahead of me at Brother Martin. He was a basketball player, a member of the 1973-1974 Louisiana LHSAA 4-A championship team. Newman was point guard for that team, and the next year, as a senior. He also played baseball while at BMHS.

After Brother Martin, Don went to LSU, for a year, where he played basketball and baseball. He transferred to Lake City, then Grambling, he played one game at Lake City and not at all for Grambling. Newman landed at University of Idaho, where he played from 1978-1980.

Don was drafted by the Boston Celtics in the third round in 1980. He was the last person they cut before the start of the 1980 season. He signed with the Montana Golden Nuggets of the CBA.

In 1981, Newman tried out for the Seattle Seahawks of the NFL, as a cornerback. He never played football in high school or college. He didn’t make the team, but did play in Canada,first for the Saskatchewan Roughriders, Montreal Concordes, Ottawa Roughriders, and Hamilton TigerCats. He began his coaching career at high schools in Idaho. Newman got his degree from Idaho in 1987, and moved up to collegiate coaching.

After coaching at Moscow (Idaho) High School, Newman took an assistant job at Washington State. He moved from there to head coach at Sacramento State, then Arizona State. He moved to the NBA from ASU, working as an assistant for the Bucks, Nets, Spurs, and Wizards. While with the Spurs, he earned two rings, as an assistant coach on the 2005 and 2007 championship teams. Newman was still with the Wizards when he passed yesterday.

Don was point guard on the “Robey team” in 1973-1974. Rick Robey was the classic big-man-in-the middle, and Don was the ball handler. Don was as important to the team as Robey, because when Rich would get into foul trouble, it was up to the rest of the guys to pick up the slack. Newman was the leader. Mind you, the rest of the team was pretty good as well, but Don was the best athlete, and I’ll go as far to say that he was a better overall athlete than Robey.

After the state win, Robey graduated and went on to the University of Kentucky, and then the Boston Celtics. That next year, it was up to the four juniors from the state team to keep it going. Newman, along with LeRoy Oliver, Reggie Hadley, and Rodney Montgomery were the subjects of many a “can they do it without Robey” articles. Junior Mike Litwinowicz stepped into the center position, when they weren’t running more of a small-ball offense. Sophomore Dwayne Vantress also got a bit of varsity time in 74-75.

The team didn’t repeat as state championships, but they did win the Catholic League a second year. While many at the school and in the media considered that a let-down, I was proud of those guys. They were under incredible pressure. Brother Martin won state in 1969-1970, 1970-1971, then again in 1974. The school also won state in football in the 1971 season. The combining of Cor Jesu and St. Aloysius made the teams from those early years powerhouses.

I didn’t know Don well, even back on Elysian Fields. I had one class with him, a one-semester religion class. I pretty much kept my head down in religion, but that’s a story for another time. I knew a lot about Don even though we weren’t really friends because I was a sports statistician. In the days before even electronic calculators, you had to be able to do two-digit division in your head to knock out shooting percentages. When Johnny Vitrano (JV coach and assistant Varsity coach) was breathing down your neck to get the halftime percentages back to Head Coach Tommy Kolb, you had to think fast!

But having coach bug us was part of the fun. The best perquisite of the statistician’s job was you got to sit at mid-court, at the scorer’s table. Front-row center to see these guys play. While Robey was gone, my junior year was much more exciting. There were a number of games in my sophomore year where I didn’t get to do the book for varsity. There were juniors and seniors who got the mid-court seats. By junior year, though, I was one of the lead statisticians. Keeping the score book or the shot chart for Don, LeRoy, Reggie, Snake, Mike, Bean (Vantress) was a blast. Yelling our lungs out for them up front, even on the other team’s home side–don’t tell Brother Neal, SC, but he should have charged us a fee for doing the games.

Rest in Power, Don. You were one of the good guys.