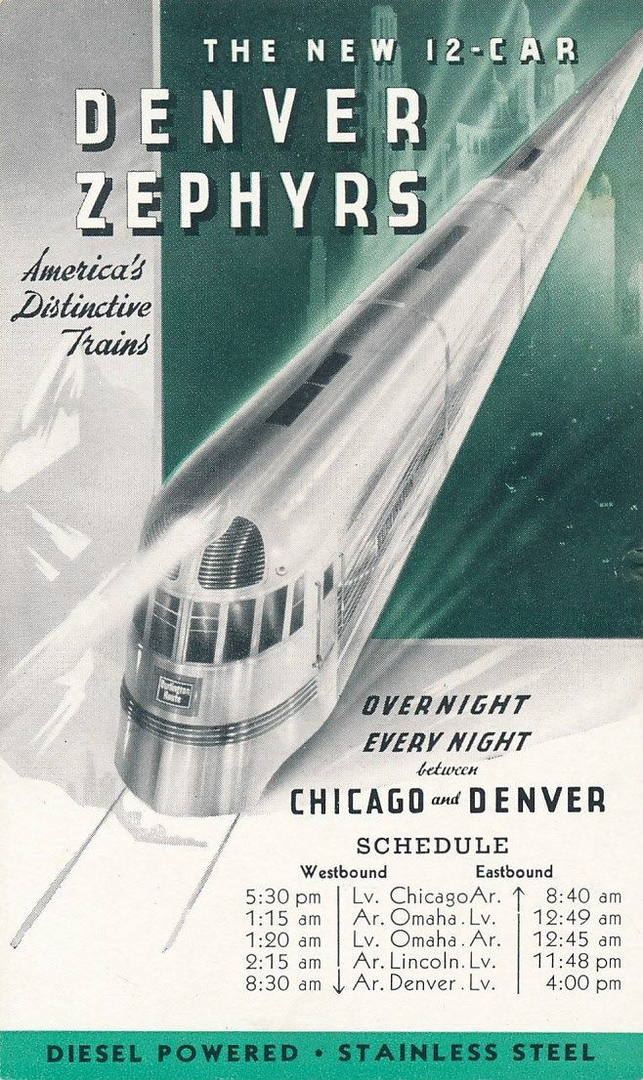 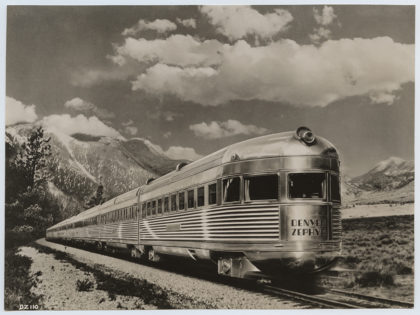 Promotional photo for the Denver Zephyr

The Denver Zephyr – Chicago to Denver

The Chicago, Burlington and Quincy Railroad operated streamlined passenger rail service from Chicago to Denver, from 1936 to 1973. 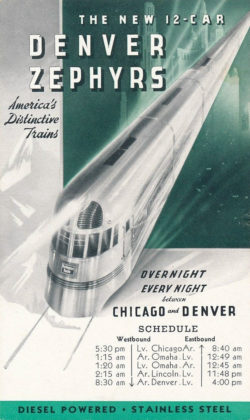 The Route of the Denver Zephyr: 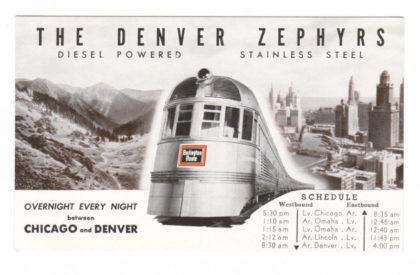 The Zephyr consist included coaches, dining cars, Pullmans, and observation cars. The original Budd trainsets operated until 1956. They were then reassigned to Burlington subsidiaries, running from Denver to Dallas-Fort Worth. Burlington took delivery of new Budd trainsets that included VistaDome cars. The DZ operated a VistaDome car as a coffee shop called the ChuckWagon. This second incarnation of the DZ began operation in October, 1956. The train’s route was also extended, past Denver, to Colorado Springs.

Amtrak took over passenger service in the US in 1971. The company operated the DZ daily, from Chicago to Denver. The Denver Zephyr service was discontinued in 1973.

In 1901, the Kansas City Blues moved to Washington, DC, to become the Washington Senators. Kansas City immediately formed a new team, under the Blues banner. That AAA-league team stayed in the city until 1955. The Philadelphia A’s re-located to KC that year, so the minor league club needed a new home. They found one in Denver. The team took the name “Bears,” playing in the American Association through the 1962 season. For the 1963 season, the team moved to the Pacific Coast league. 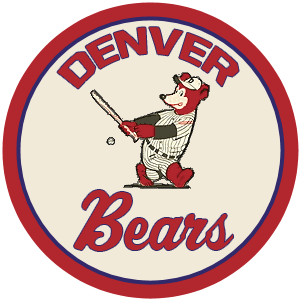 In 1985, the team changed its name to the Denver Zephyrs, an homage to the streamliner train. The team kept that name until 1993. 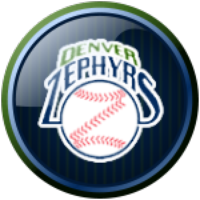 Major League Baseball awarded Denver a franchise in The Show that year. When the Colorado Rockies came to town, the AAA club had to move, again. This time it was to New Orleans. 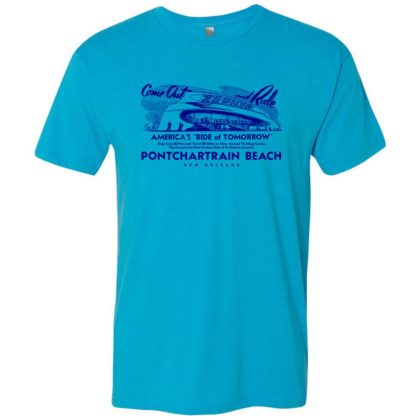 The “Zephyr” Roller Coaster, on a t-shirt from New Orleans Public Service

A minor league ball team usually changed names when it moved. The Zephyrs were able to keep their name in New Orleans, though. The city’s long-time amusement park, Pontchartrain Beach, was the connection. Pontchartrain Beach’s signature roller coaster was the “Zephyr.” When the Denver team came to town, the name connected with the locals. The entrance to the Zephyr roller coaster even looked like a streamliner train! It made sense to keep the Denver logo. 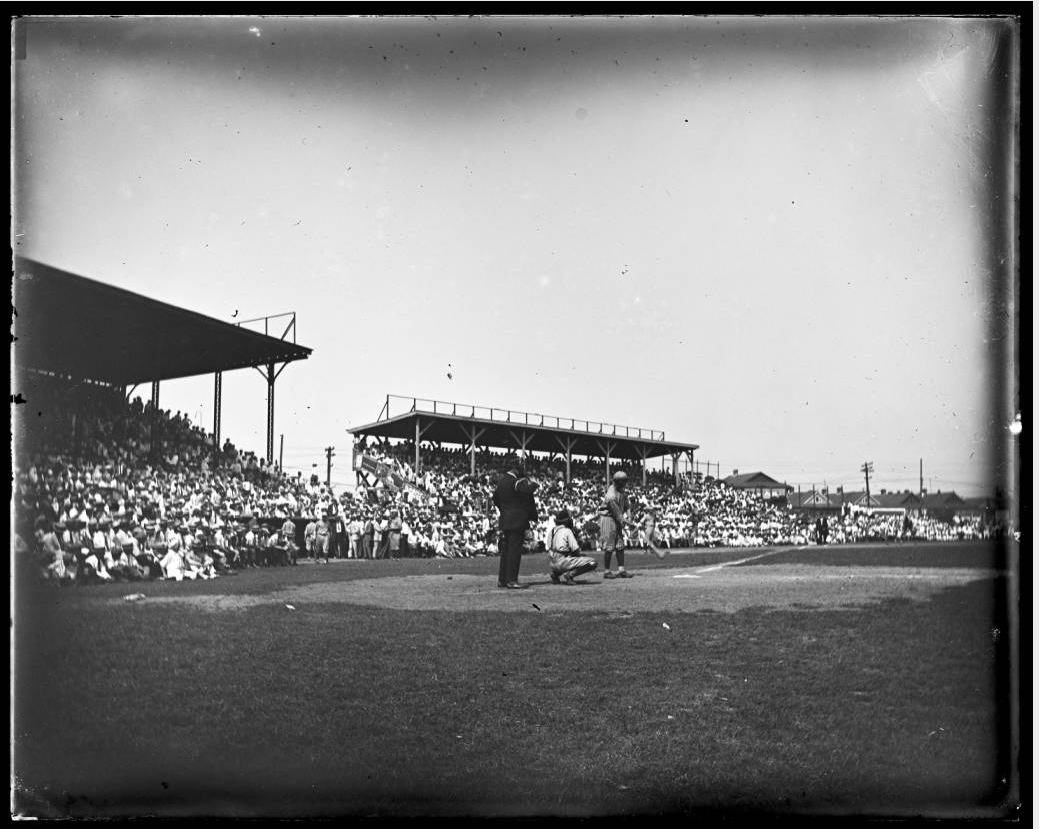 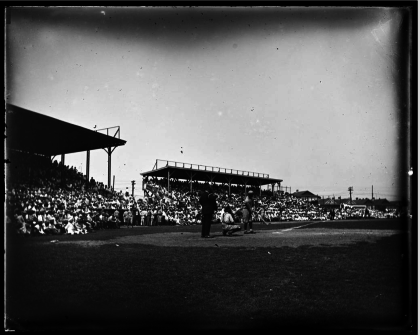 Pelican Stadium, 1921 (Mendes photo via HNOC, in the public domain)

Opening Day for MiLB New Orleans is almost here! The Pelicans are now our NBA basketball team, but we still have MiLB, with our Zephyrs.

Baseball is a Big Deal in New Orleans, and has been since the sport’s early days. We were a Spring Training spot for several teams in the early years of the 20th Century. Baseball is played at all levels here. Itty-bittys start with T-ball, moving up to the kids a bit older, using pitching machines. I’ve even seen some playgrounds where the teenage umpires pitch for both sides! As the kids get older, they move to pitching for themselves. Then they hit middle school, and the playground leagues get more organized and serious.

High school baseball is a big deal in New Orleans, with the Catholic League usually generating the most interest. At the college level, LSU Baseball is huge, given how often the Tigers and Lady Tigers make their respective NCAA tournaments. The University of New Orleans Privateers an Tulane Green Wave also have loyal fan bases. Over the years, the three-way rivalry between the these colleges has been promoted extensively, with challenge tournaments against schools from other states, even. The politics of NCAA baseball, particularly with three schools who are all in different conferences can be challenging, but when the fans want good baseball, it’s hard to say no.

Pelican Stadium, located on the corner of S. Carrollton and Tulane Avenues, in Mid City, was a great home to MiLB, and many were sad to see it torn down. By the time AAA ball returned to New Orleans, it made more sense to build a ballpark in the ‘burbs, and Zephyr Field, the “Shrine on Airline”, has worked out nicely.

Still, of all of these baseball games going on in and around town, it’s the AAA ballclub I like best. Major League Baseball teams play in “cathedrals”, but sometimes worshipping in a minor league “parish church” is more fun. Not to mention less expensive.