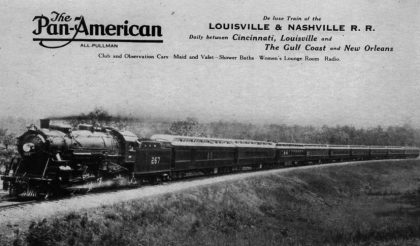 A few ads from the Times-Picayune, 13-August-1924. These railroad enticements appealed to New Orleanians wrestling with the dog days of summer. The Louisville and Nashville advertised sleeper service to Asheville, NC, and the Southern Railway System ran trains to Cincinnati. The L&N trains departed New Orleans from their depot at Canal Street by the river. Southern Railway trains operated from Terminal Station at Canal and Basin Streets. Both railroads (as well as most of the others) maintained ticket offices on the ground floor of the St. Charles Hotel. The photo is of the L&N’s “Pan American” train, which ran from New Orleans to Cincinnati.

“The temperature at this famous vacation land is delightfully cool and invigorating. Get some mountain air into your lungs, and come back to the South benefited by your vacation.”

L&N offered sleeper car service from New Orleans to Asheville. The trains left New Orleans at 8:30am, arriving the next morning. 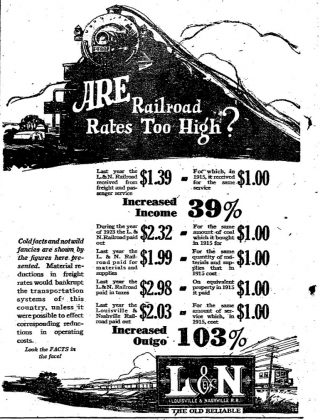 “Are Railroad Rates Too High?” – L&N addressed the concerns of the various businesses they serviced. The railroads moved goods across the country in the 1920s. The dominance of trucking and the Interstate highway system did not come until the 1950s. “Cold facts and not wild fancies are shown by the figures here presented.” 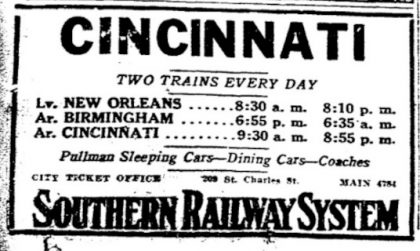 While the L&N’s railroad enticements were to the cool mountain air, Southern advertised service to the cities. Two drains daily in 1924, leaving New Orleans at 8:30am and 8:10pm. The day train reached Birmingham, AL, by 6:55pm that evening, and Cincinnati at 9:30am the next morning. The evening train reached Birmingham for breakfast, terminating at Cincinnati at 8:55pm.

Unlike the Pan American’s all-sleeper service on the L&N, Southern Railway offered service via Pullman Sleeping Cars and standard coaches. That enabled the railroad to offer comfort as well as economy fares. Trains included dining cars. 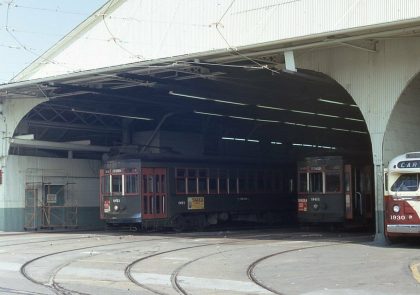 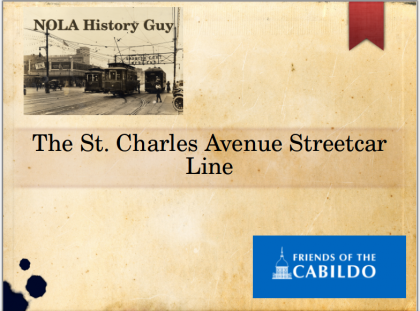 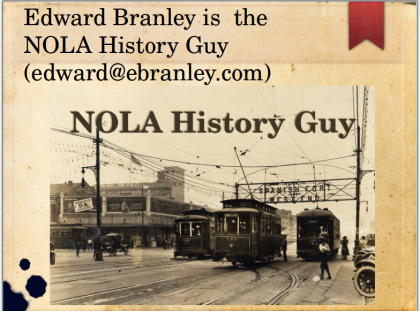 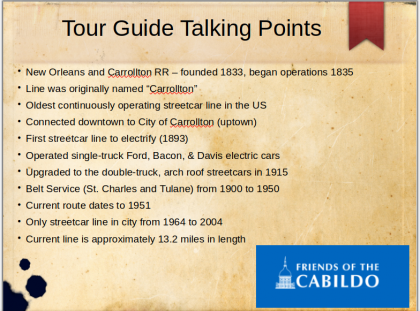 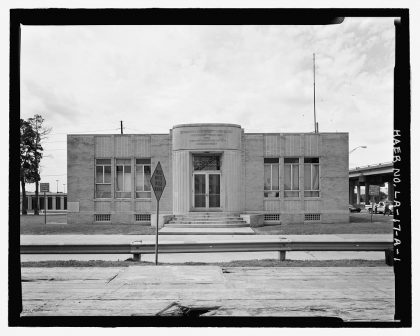 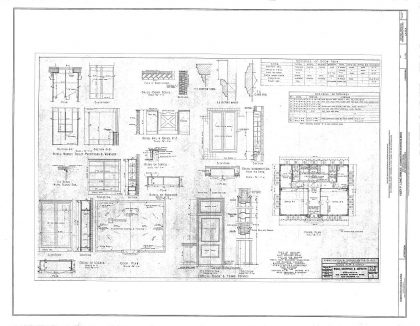 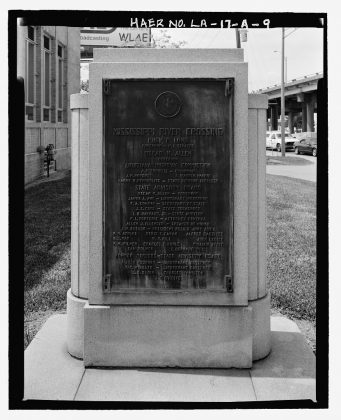 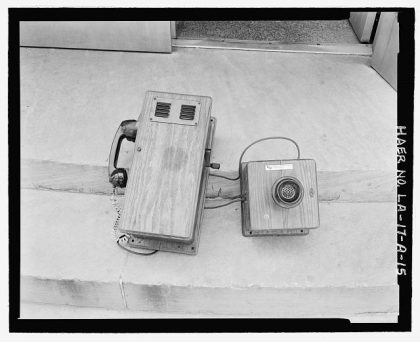 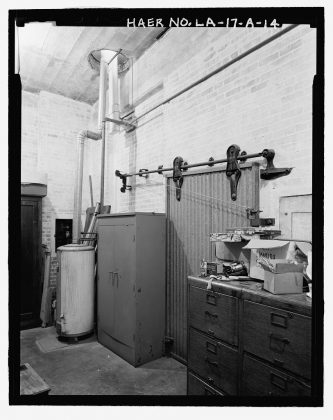 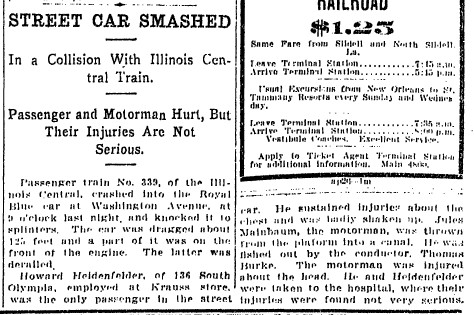 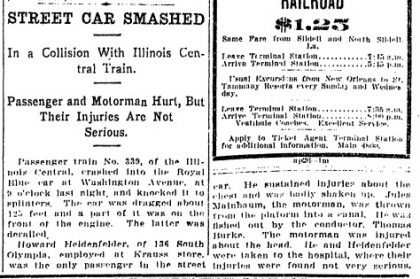 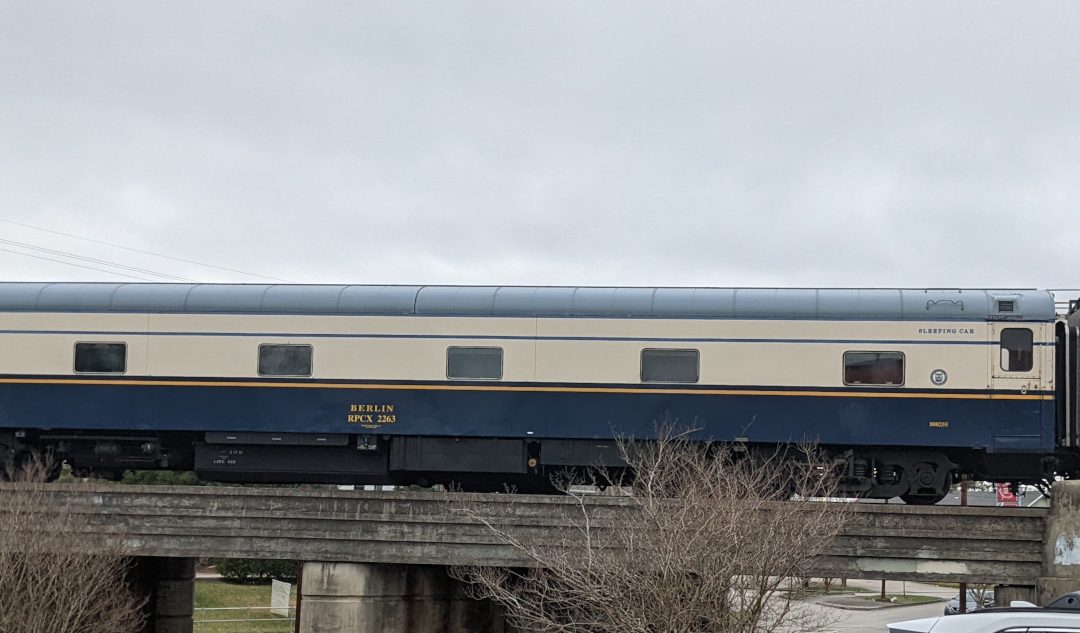 The Amtrak Crescent 🌙 #20 pulled three private railcars to New York’s Penn Station (NYP on 25-February-2022. We talked about the two Patrick Henry railcars in a previous post. So, the private car, “Berlin” was the third car. This photo shows Berlin coupled to AMTK 69001, a “Bag-Dorm” car. Those cars provide baggage storage for passengers. Additionally, they contain roomettes for crew.

Berlin bears the paint scheme and livery of the American Orient Express, a private railcar charter, and previous owner of the car. While the livery is similar to the Patrick Henry cars, there are two operators.

Pullman-Standard built ten “Placid” series sleeper cars for Union Pacific in 1956. The cars contained 11 double-bed compartments. UP operated the Placids until 1971. The railroad turned them over to Amtrak at that time. Amtrak operated the sleepers throughout the 1970s. American Orient Express acquired three of the Placids. They renamed Placid Lake, “Berlin,” and Placid Waters, “Vienna.” Those names tied into the AOE theme.

The Placid series Pullmans were streamliners. While other railroads chose the corrugated style for their new cars, UP operated smooth-siders. The City of Portland and City of Los Angeles, two of UP’s “name trains,” operated the Placids. Amtrak took these cars into service as part of their “heritage” fleet. As the national passenger railroad acquired its own equipment, Viewliner and Superliner sleepers, they phased out the Placids. Private charter companies refurbished the older cars. They offered charter service, re-creating the “golden” age of streamliners.

The Berlin Sleeping Car’s website presents a detailed history of Placid Lake/Berlin. They include photos of the UP and Amtrak incarnations of Placid Lake. The site includes a floor plan of the car’s current interior. Berlin now contains six bedrooms and an kitchenette. This offers passengers a great more space than the eleven double-occupancy rooms of the UP design.

While private railcar adventures aren’t cheap, the charters usually are priced per trip. So, if you put together a group of twelve, it’s something to think about! 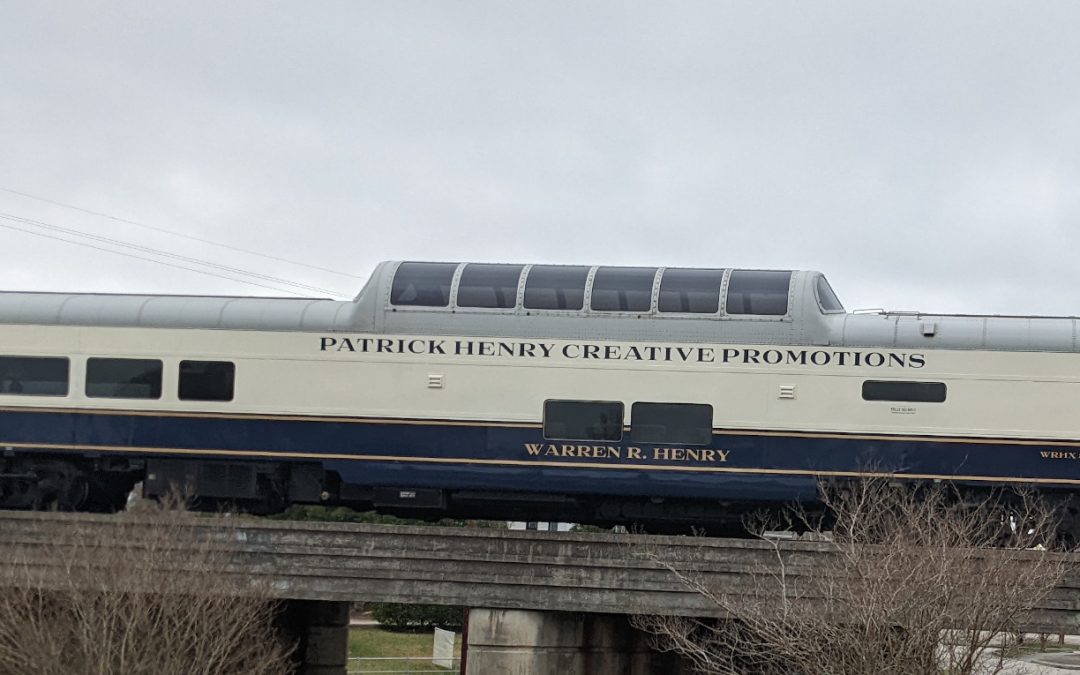 Built in 1955 for the Union Pacific Railroad, the dome car features panoramic viewing upstairs, a formal dining room or boardroom for meetings and a beautifully appointed lower level lounge with satellite TV, DVD and CD player. A complete bar is located on the lower level. An added feature is our open rear platform where guests can take in the fresh air at each stop along the way.

So, Warren R. Henry offers “vistadome” views, rear views from the back platform, and fine dining.

The Evelyn A. Henry provides the sleeping space for a private rail PHCP trip:

Built in 1954 for the Union Pacific, our deluxe sleeping car features 5 double bedrooms with lower and upper beds. A shower and bathroom is located between each pair of bedrooms. A new feature is the master suite “Grand Canyon” with queen size bed, private bathroom, TV/VCR, and a spacious closet.

Pullman built this car for UP. As private varnish, the car has been extensively modified from the classic bedroom/roomette configuration used by the railroad.

Private varnish cars often offer coast-to-coast service. They attach to the Southbound Crescent 🌙 #19 in New York. Amtrak pulls the cars to New Orleans. The railroad connects them to the Sunset Limited #1, heading out of NOL to Los Angeles. Five days of luxury travel.

Tomorrow; The Berlin Sleeping Car, which accompanied the PHCP cars on this trip.